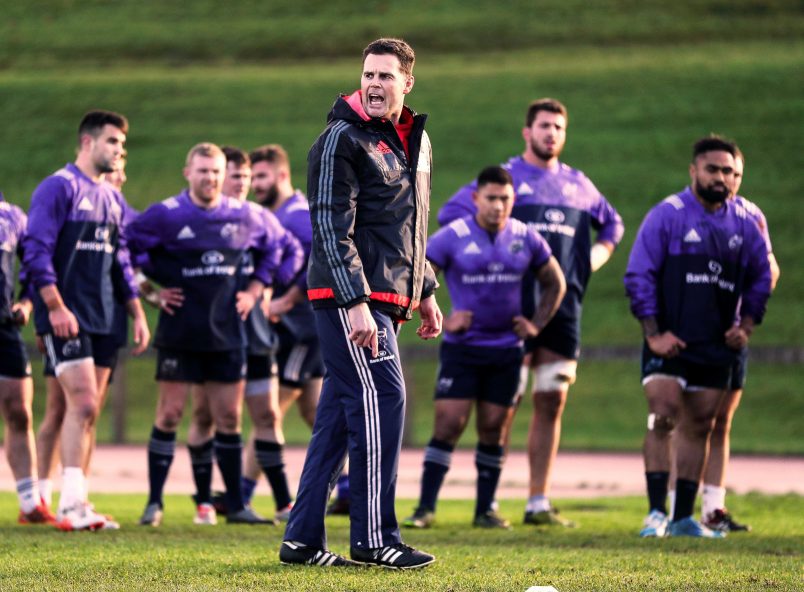 Director of Rugby Rassie Erasmus has made three changes to his starting XV for the St Stephen’s Day top of the table Guinness PRO12 battle with Leinster.

James Cronin, Jean Kleyn and Ronan O’Mahony are all included with Francis Saili in line to make his first appearance of the season if sprung from the bench.

The Kiwi centre is fit to play after undergoing shoulder surgery at the end of last season.

It’s as you were with the international backrow of Captain Peter O’Mahony, Tommy O’Donnell and CJ Stander and there is no change to the halfback pairing of Conor Murray and Tyler Bleyendaal.

Winger Ronan O’Mahony, who was the 24th man last weekend, takes the place of Keith Earls in an otherwise unchanged backline.

Please note this game is sold-out. 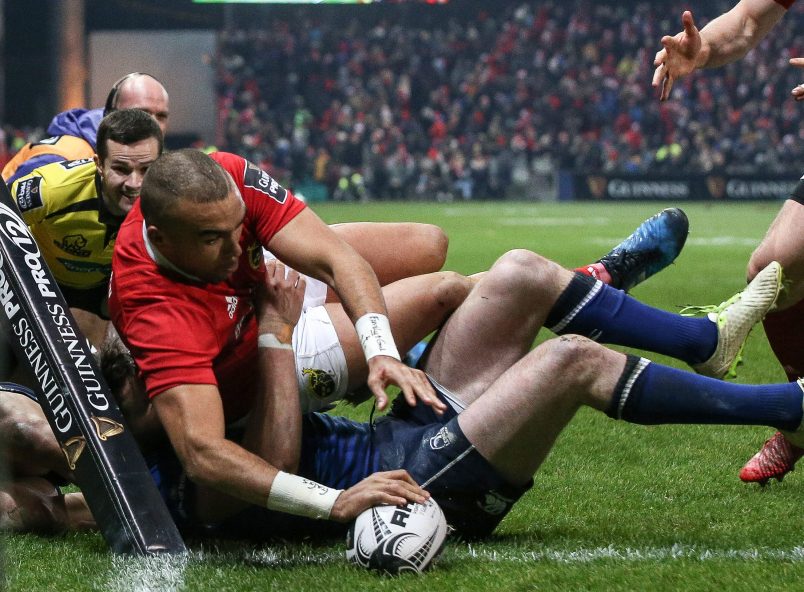 Munster will go twelve months unbeaten at Thomond Park after defeating Leinster 29-17 this evening. Just four points separated the sides by the interval but Munster cut loose in the second 40, scoring four tries in total and consolidating top spot in the Guinness PRO12.

Ironically it was Leinster – in this fixture last season – who were the last side to defeat to Munster in Limerick and tonight’s win saw Munster lay to rest the demons of three losses on the bounce to the eastern province, doing so in front of a record PRO12 attendance at Fortress Thomond of 26,200.

A nervy start from Munster saw them force it somewhat as they struggled to cope with Leinster’s massive line speed, Erasmus’s men seeing little return from their early visits into the Leinster 22. This visitors also took time to settle but it was they who hit their stride first and, off a Munster error, worked a move off set piece to send Zane Kirchner in alongside the posts.

Finding composure, Munster’s reply was swift and Simon Zebo and Ronan O’Mahony both crossed off crisp Conor Murray passes down the blindside as the hosts slowly began to breakdown the Leinster defence through the phases.

Munster entered the second half with just a four point advantage but any fears of a fourth consecutive defeat to their fiercest rivals were allayed once Tommy O’Donnell and CJ Stander crossed for unanswered tries as Munster exerted dominance on proceedings and used their ever impressive maul as a battering ram across the second half.

With a Tyler Bleyendaal penalty slotted on 60 minutes it was essentially game, set and match to the Munstermen.

Coming out of the blocks with gusto, Munster tried to lay down a marker from the off. An excellent kick to the right touchline from Bleyendaal for Darren Sweetnam forced the early knock on from Kirchner and off the subsequent set piece Munster went through 15 phases before the uncharacteristic knock on came from Stander and Leinster relieved the pressure of the early red onslaught.

Munster’s lack of precision cost them early on. With an excellent turnover won on the fringe of their own 22, Munster immediately knocked on. They paid a heavy price for the error with the Leinster backline cutting Munster open in midfield off the resultant scrum and sending Kirchner in for his second try in as many appearances at Thomond Park. Nacewa converted.

When presented with their fist kickable penalty of the game, Munster opted for the corner. A somewhat brave decision perhaps, given they trailed 7-0, but it turned out to be an inspired move.

Securing the lineout out, Munster pounded Leinster through the phases before Zebo bagged his fourth try of the season. And boy did he have a lot to do as Murray opted to go down the blindside finding the fullback who stepped beautifully to stay in play and touch down despite the efforts and considerable combined bulk of Kirchner and Tadgh Furlong.

With the aid of the crossbar Bleyendaal slotted a wonderful touchline conversion and the sides were all square at 7-7 on 22 minutes.

Munster’s most potent weapon in the game was their maul and it was fitting that it provided the catalyst for their second try just on half time when they mauled imperiously into the Leinster 22 and went from left to right for 21 phases, eventually creating numbers on the right where snappy precise passing – again down the blindside – found O’Mahony who became Munster’s leading try scorer this season with his sixth of 2016/17. One downside to the score was Munster losing Sweetnam to injury in the build-up.

Bleyendaal was again inch perfect with the touchline conversion and Munster led 14-10 at the break.

Patient phase play was again to the fore as Munster drew first blood upon the resumption, going through 19 pummelling phases before, playing with the advantage, Murray went for the crossfield kick where O’Donnell got the better of Kirchner and Barry Daly in the aerial battle and touched down on 49 minutes.

Giving a master class in touchline conversions, Bleyendaal made it a full seven-pointer and gave Munster an 11 point advantage.

That advantage was out to 16 points just six minutes later when Munster worked an excellent lineout maul over the line with Stander dotting down and bagging the try bonus point, the pack buoyed by the rapturous Thomond Roar and Bleyendaal missing his first conversion of the night.

With the bonus point secure, Munster then pragmatically made sure of victory and opted for the posts when another penalty presented itself, Bleyendaal slotting the easy kick in front of the posts on 60 mintutes.

The atmosphere quietened a little as it was pretty much a done deal for the final quarter – Leinster throwing everything they had a Munster who defended admirably for the most part save for a Leinster lineout maul on 76 minutes where Richardt Strauss broke free to touch down for the final score of the game with Nacewa adding the extras.

Munster back to winning ways against Leinster and full value for their maximum five point return on the league table.

Guinness PRO12 round 11 roundup: Tonight’s win sees Munster go five points clear of the Leinster at the top of the Guinness PRO12 table before next weekend’s trip to reigning champions Connacht on New Year’s eve.

Successfully completing his long term rehabilitation post shoulder surgery, New Zealand international Francis Saili returned to make his first appearance of the season, doing so off the bench in the second half.

Darren Sweetman emerged as the only injury concern with Erasmus confiming he picked up a knee injury. He will continue to be assessed but is a doubt for next weekend. 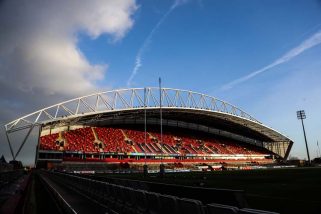 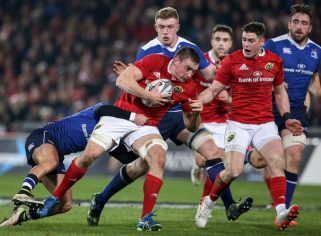 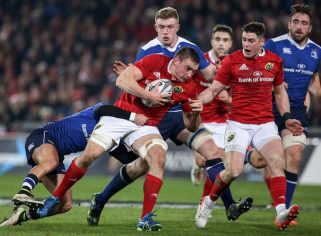 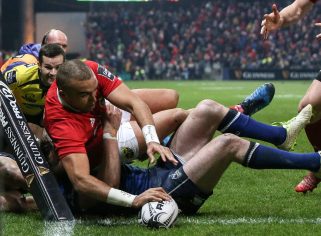 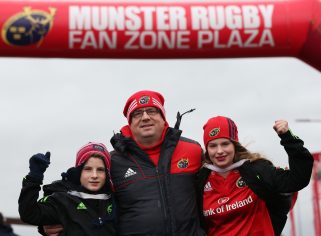 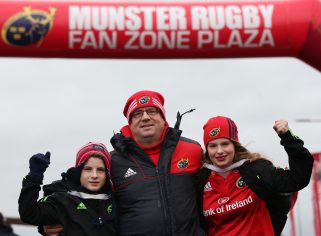 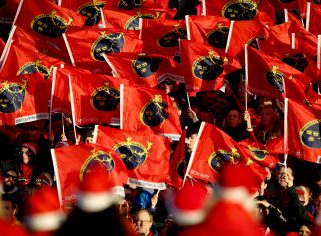 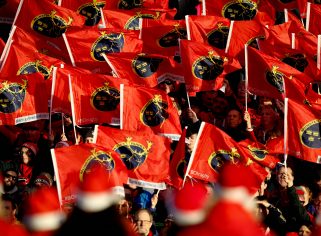 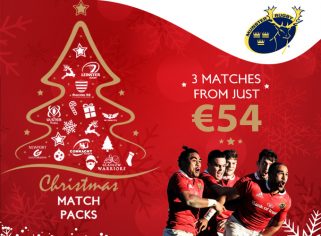 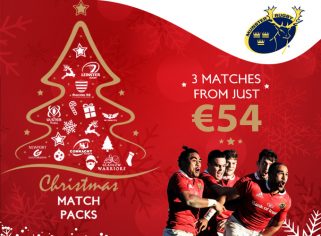