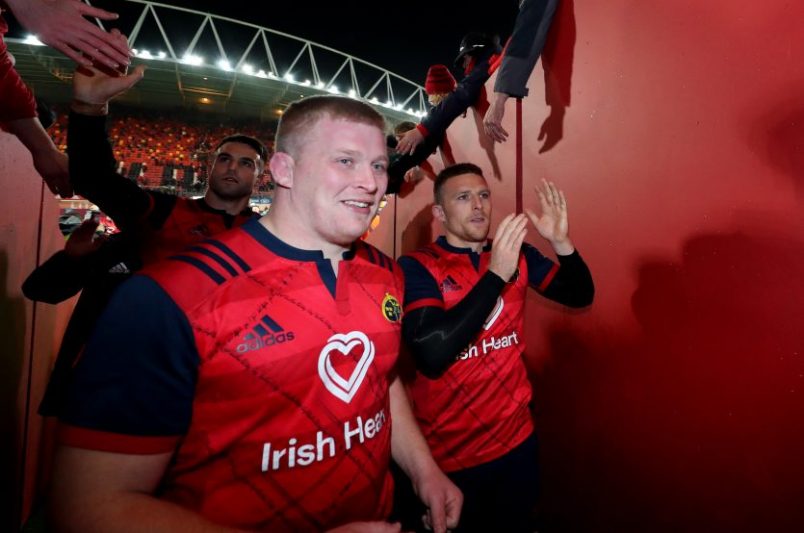 Guinness PRO14 rugby returns and Rassie Erasmus has named his side to face Connacht at the Sportsground on Friday night with three changes made to the side that defeated Racing 92 in the Champions Cup.

In the front five John Ryan and Mark Flanagan are promoted from the bench this week, with Ryan joining Dave Kilcoyne and Rhys Marshall in the front row as Flanagan links up with his second row partner Billy Holland once again.  Holland has started every game this season, playing the full 80 in each game, bar a 10 minute sin binning period against Glasgow.

The half-back pairing of Conor Murray and Ian Keatley continue as they were and the only change to the backline is a straight swop as Andrew Conway takes the place of Darren Sweetnam to start on the wing, joining Keith Earls and Simon Zebo in the back three. 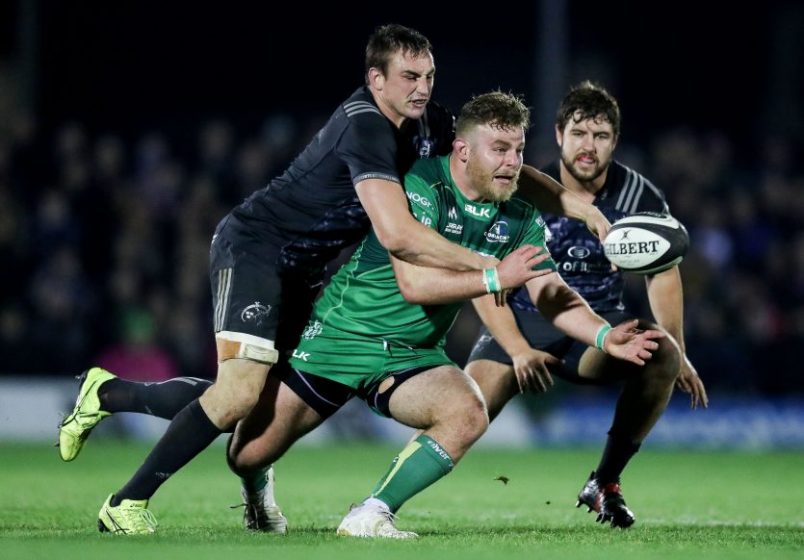 There was no joy for Munster at the Sportsground as Tom Farrell’s late try gave Connacht their second PRO14 win of the season and handed 14-man Munster a third defeat against their Conference A rivals.

Andrew Conway was sent off 18 minutes from the end for a late challenge on Jack Carty, and despite a JJ Hanrahan penalty that gave Munster the lead three minutes later, Connacht hit back straight away and held on to take the win.

Munster led 13-10 at half-time after a rip roaring opening 40 minutes, but they could only add three points to their tally in the second period as the home side edged a tight battle.

Munster got off to a brilliant start and they laid siege to the Connacht 22 in the opening few minutes, but the home side held solid initially.  The opening score then came after four minutes when Rory Scannell gathered a knock-on from Kieran Marmion and his brilliant offload sent Simon Zebo over beside the posts.

Ian Keatley added the conversion against his former team for a 7-0 lead and after Rassie Erasmus’ side continued to hold the upperhand with a strong kicking game, Keatley soon made it 10-0 when Tom Farrell went off his feet in front of the posts after 17 minutes.

Connacht could have cut into that lead in the 20th minute but Carty was off the mark with a tricky kick from the right, but the home support soon found their voices when Bundee Aki and Jarrad Butler linked well on the left and freed Tiernan O’Halloran for a good try, which Carty then converted.

Nine minutes from half-time Keatley was on the mark again for Munster when John Muldoon infringed, but just before the interval Carty made it 13-10 from the tee.

The third quarter was a tighter affair as both teams tried to gain the upperhand with a kicking game, and in the 51st minute Connacht finally edged that battle and forced a penalty at scrum time, which Carty kicked to make it 13-13.

However, after 62 minutes Munster’s hopes of taking the win suffered a setback when Andrew Conway was sent off by referee Nigel Owens. Conway was adjudged to have caught Carty with an elbow to the head and was sent off, which meant Munster played out the last 18 minutes with 14 players.

But their immediate response was positive. Connacht conceded a penalty at the breakdown and JJ Hanrahan slotted a tough kick from the right to give Munster a three-point lead to protect with 15 minutes remaining.

The lead was short lived and only two minutes had passed before Tom Farrell finished off a clever set-piece move from a lineout, and Craig Ronaldson’s conversion pushed the home side four points clear.

Munster still had plenty of time to hit back, but in the end Connacht’s defence held solid as they claimed a second PRO14 win of the season. 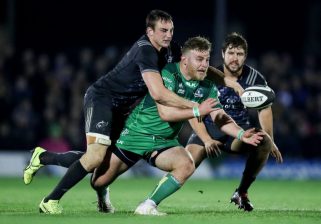