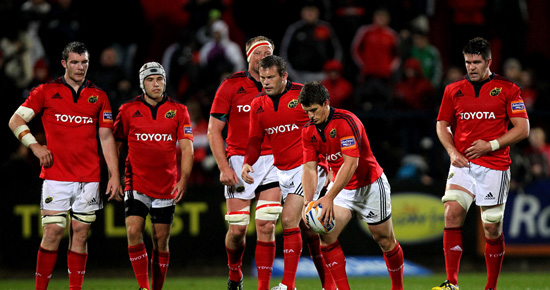 In light of the current form of the respective sides, Munster’s trip to Edinburgh for the RaboDirect PRO12 game at Murrayfield should see them maintain their unbeaten run.

They're looking for their fifth successive victory of the season while their opponents, Edinburgh, have won one from four, but that formline will have little or no bearing on tonight's affair.

Munster might have used up a fair portion of their luck in Cardiff where the home side had no-one but themselves to blame for not, at least tying the game with the last move of the match not to mention the fact that it required the TMO to adjudicate on two occasions about possible Blues touchdowns.

Replays showed he ruled correctly and there was no element of luck about the tackle perpetrated by Denis Hurley that denied Alex Cuthbert at the start of the game, Hurley again putting in a monster hit late in the game to prevent a certain score under his posts.

A feature of that game was what Tommy O'Donnell described as 'massive defensive performance ' and he also made reference to the 'phenomenal kicking display' from out-half Ian Keatley.

Tonight Munster are going to have to give a reprise of that defensive display while hoping to play a little more ball in their opponents half rather than rely solely on Keatley to harvest their points. 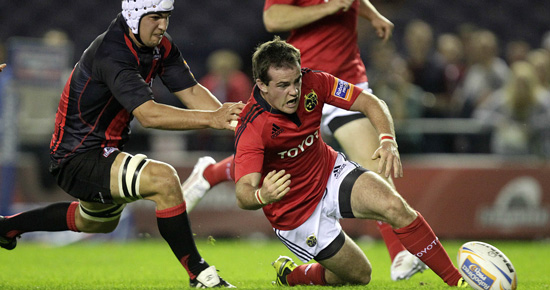 Munster can have no complaints, nor indeed were they offering any, about the outcome of their clash with Edinburgh at Murrayfield that saw their unbeaten start to the RaboDirect PRO12 League end with a 29-14 defeat that was every bit as emphatic as the final scoreline suggests.

The home side showed a greater hunger and competitiveness from the off and led 16-0 at the end of a first quarter. Ian Keatley kept his side in touch with three penalties before the break but it was Michael Bradley's outfit who seized the initiative in the second half with ten unanswered points in the opening ten minutes that decided the outcome of this affair.

Munster might have survived Greig Laidlaw's 44th minute penalty that pushed his side ten points clear, but Steve Lawrie's try, two minutes later, proved to be the final nail, even though there were twenty four minutes still to run.

Perhaps it was as much the lead-in to that score – when Peter Stringer was clearly and illegally impeded at a ruck followed by a side entry to secure possession – that took the wind out of Munster's sails but nevertheless they had enough time and enough possession subsequently, to claw back the deficit. But they lacked the nous and in truth their sails were never near full enough

They did manage a Danny Barnes try with six minutes to go, that after they'd looked to have butchered the chance, but replacement out-half Scott Deasy – he'd started at full-back – missed the difficult conversion and Edinburgh had the final say when Laidlaw kicked his seventh successful kick with minutes to go. 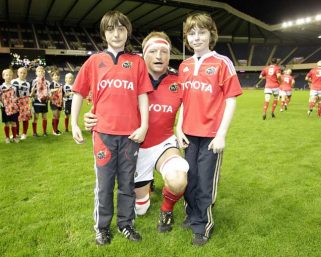 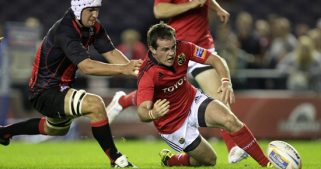