Munster Have To Hit The Ground Running 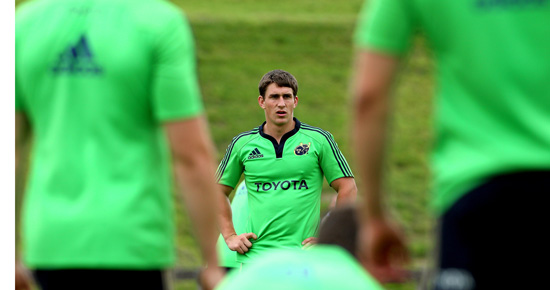 The last of the pre-season games heralded the end of the phony war with the real thing beginning this evening when Munster host Newport Gwent Dragons in round one of the RaboDirect PRO12 League at Musgrave Park (7.45pm)

And despite the absence of their marque names whether they be in Queenstown New Zealand or in Limerick as is the case with the injured Felix Jones and David Wallace, Munster will start a warm order with the bookies to get their defence of the title off to a positive start.

Tony McGahan stated the importance of winning your homes games for any side harbouring title ambitions, so he has set out his stall in no uncertain fashion. To that end he's picked a side that has loads of experience in the shape of Johne Murphy, Doug Howlett, Lifeimi Mafi, Peter Stringer, Marcus Horan, Niall Ronan and Mick O'Driscoll alongside the burgeoning talent of youngster like Danny Barnes, Mike Sherry, and captain this evening Peter O'Mahony.

There's a first competitive start for Ian Keatley who will benefit from having the experienced Stringer inside while Munster also name a particularly strong looking bench that includes Damien Varley, Wian Du Preez and John Hayes.

But whatever the bookies or anyone else thinks the Dragons won't be making this trip just for the scenery. They showed what an improving side they are at the tail end of last season with impressive wins over title contenders Ospreys and Cardiff Blues and beat Munster early doors at Rodney Parade.

Munster need to establish a pattern early and not allow Dragons slip into theirs because as they've shown in the past if they're allowed to play the way they set out, Dragons are capable of causing an upset.

First Half Sets Up Opening Round Victory 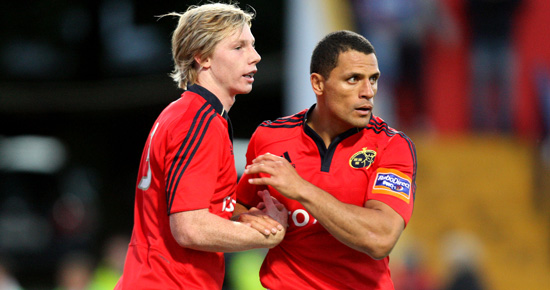 Opening half tries from Danny Barnes and Lifeimi Mafi formed the cornerstone of Munster’s 20-12 opening round RaboDirect PRO12 League victory over Newport Gwent Dragons in Musgrave Park on Saturday night.

And if in future games we're treated to tries of the calibre of those scored in that first half then the entrance fee will be well worth it.

The first came in the 26th minute when Munster trailed to a Steffan Jones penalty, a lead that the visitors fully deserved, and had its genesis in the turnover ball won inside their own 22 by skipper Peter O'Mahony. He fed Peter Stringer and the move ended with a try for Barnes after Johne Murphy's scything break ended metres short of the Dragons line.

The second, eleven minutes later, came via the training ground, precisely executed when the impressive Billy Holland flipped a tail of line-out take to Denis Hurley hurtling down the inside channel and Hurley, timed his pass to Mafi to perfection for the Tongan Corkman to score under the posts.

Ian Keatley, another who impressed, tapped over the conversion and late in the second half added the penalty that finally killed off any hope of a Dragons come-back. The possibility the visitors might rescue this one was always on the cards. Never less than competitive throughout they were just five points behind with twelve minutes to go when Jason Tovey landed his third successful penalty.

And at that stage Munster were playing with 13 when Damien Varley became the third player to be yellow carded following O'Mahony to the sideline five minutes previously and Mafi in the 51st minute.

However, dogged Munster defence meant the Dragons couldn't take full advantage and when Keatley landed that 71st minute penalty the best the visitors could aspire to was a losing bonus. They attempted to salvage that with a long range Tovey effort in the 79th minute but it landed short and the bonus point their efforts undoubtedly deserved didn't materialise.

All in all it was a heartening performance with solid performances from Murphy, Hurley, Mafi, Stringer, Mike Sherry, Holland, the tireless Mick O'Driscoll Niall Ronan and James Coughlan who was awarded the RaboDirect PRO12 Man of the Match accolade.

Of principal concern would be the discipline or lack of it that saw three Munster players sin-binned even if one of those sanctions looked harsh in the extreme. Neither was having to wait until nine minutes from time for their only score of the second half encouraging that issue should have been addressed in the 53rd minute when Doug Howlett might have done better after he made good break deep into the Dragons 22. Otherwise Howlett had a solid game and overall the positives of this game far outweighed the negatives. 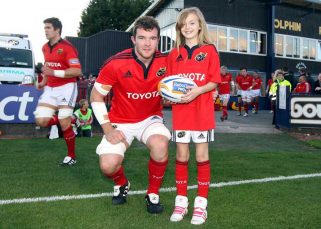 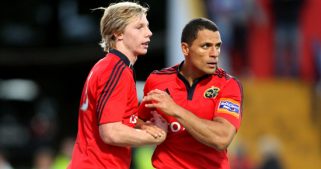 First Half Sets Up Opening Round Victory