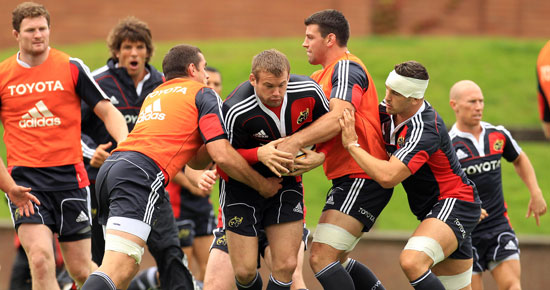 Munster take to the road for the first time this season determined to right some wrongs from last season’s dismal form that saw them win just twice away from home.

And they're up against an Edinburgh side who themselves probably view this as a 'must win' game following on from that defeat last time out in Cardiff and two reversals in their pre-season games. In fact, added to their poor end of season form, Edinburgh now find themselves subject to the same type of criticism Munster experienced last season even though they've only played one competitive game this term.

Assistant coach, Ausssie Nick Scrivener, refuses to panic and believes his squad are heading in the right direction. Speaking today in The Scotsman newspaper, Scrivener says, "I thought that for long periods of that game (Cardiff) our structure was good, but there was a couple of crucial turnovers, we lost a try to a driving maul and then there was a 90 metre breakaway score at the end when we were chasing the game. So there is nothing wrong with what we are trying to do, but we need to tighten up the accuracy – and that will come."

Nor does he believe that it shouldn't come this evening just because it's Munster who have come calling. " Munster are definitely one of the big sides in European rugby,"says Scrivener.

"But we beat them at Murrayfield last year, and you only need to look at Connacht's victory over the Dragons last week to see that reputations count for very little in this league. There is no reason why we should regard any side as a particularly tough or a particularly easy team to get our show on the road against,"

"The strength of Munster rugby is that when they knuckle down and get in your 22, they are extremely hard to cope with. There is definitely less mystery about how Munster are going to play compared to most other teams, but as we have said to the guys all week: it is one thing knowing about it, it is another thing dealing with it."

For their part Munster will be looking to build on that opening day victory over Aironi and just as importantly kick start their away campaign. They've made just onechange in personnel with Alan Quinlan drafted back into the starting XV in place of Billy Holland who will feature in Munster's A game tomorrow.

They have a particularly formidable looking bench that includes Marcus Horan, John Hayes, Donncha O'Callaghan, Tomas O'Leary and Ronan O'Gara all of whom can be expected to see game in what shouldbe an enthralling contest. 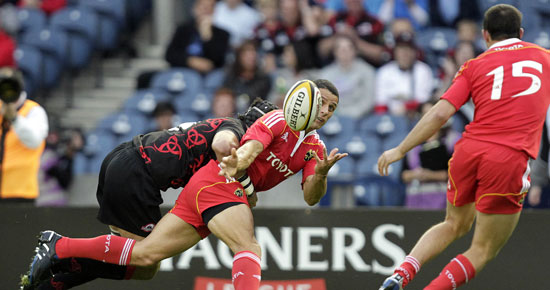 A second half try from Donncha O’Callaghan, converted by Ronan O’Gara who later added a crucial penalty, helped Munster to a 16-13 win over Edinburgh in Murrayfield this evening.

O'Gara and O'Callaghan had been introduced as second half replacements at a time when Munster trailed 10-6 and their arrival along with other notables from the bench breathed renewed life into the Munster challenge.

Paul Warwick kicked off proceedings and Munster dominated the opening half yet only took a 3 point lead (6-3) into the break. They were made rue their failure to turn that dominance into points, five minutes into the second half when Tim Visser collected a Phil Godman crossfield kick to score a try that Chris Paterson converted.

Shortly after, Tony McGahan started to ring the changes with the introduction in the space of five minutes of John Hayes, Tomas O’Leary, Marcus Horan, O'Gara and O’Callaghan.

It had an immediate effect. A 55th minute O’Gara’s touchfind from a half-way penalty found touch 12 metres out and if Munster were fortunate to be awarded the scrum from the ensuing maul, they took full advantage, when O'Leary put Dowling through and although stopped just short of the line O’Callaghan was on hand to score the try with O’Gara adding the conversion for a three point lead.

That lead lead lasted all of five minutes before Paterson landed a penalty when Damien Varley was pinged for offside but Munster responded with a penalty from O’Gara and ended the game attacking the Edinburgh line.

They’ll be more than happy to have come away with four points and few could quibble with the merit of their victory.

Afterwards, McGahan expressed his satisfaction with the result saying, “What pleased me most was to come here and win in what is a very difficult environment. We coughed up ten points in the space of a few minutes at the end of the first and then the start of the second half, so to recover from that says a lot of the mentality of this squad.” 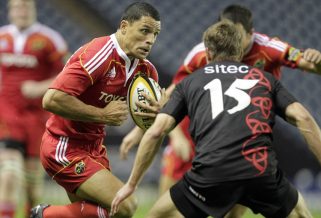 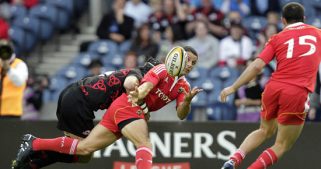