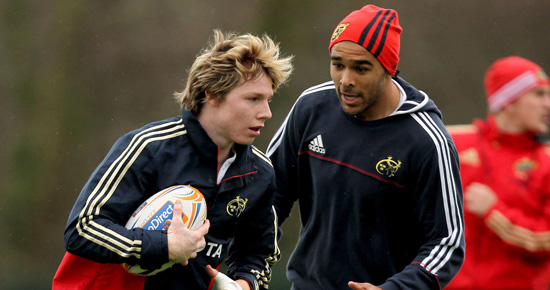 After the hammering Leinster gave their Welsh colleagues last night in Dublin, Ospreys would need a runaway victory over Munster tonight at the Liberty Stadium if they’re to return to the head of affairs in the RaboDirect PRO12.

They may be without their internationals but still feel confident enough to leave the likes of Cai Griffiths, George Stowers and Sonny Parker on the bench with their Forwards Coach Jonathan Humphreys acknowledging the role this group have played in the competition to date.

“ They’ve worked hard, they’ve been playing for the cause and they’ve been getting results." he said before conceding. " This however, will be the toughest test for them yet, no doubt about it, given the circumstances of the game.

"But they’ve shown already that they are prepared to front up and wear the shirt with pride. They are going to have to do that again tonight and hopefully they’ll be able to send our supporters home happy."

The circumstances Humphreys refers to concern the unavailability of their internationals who are involved this weekend with national squads but Munster are also shy internationals and this evening start the game with skipper Paul O'Connell on the bench beside Ronan O'Gara.

In the absence of O'Connell from the starting XV Peter O'Mahony leads the side wearing the number 8 jersey with Denis Leamy on the blindside.

Donncha O'Callaghan and Marcus Horan – wins his 200th cap tonight – are the only two retained in the pack from last weekend but little should be read into that as the rotation policy has worked extremely well so far.

Games between the sides have never been less than close run affairs and tonight's promises to be no different. 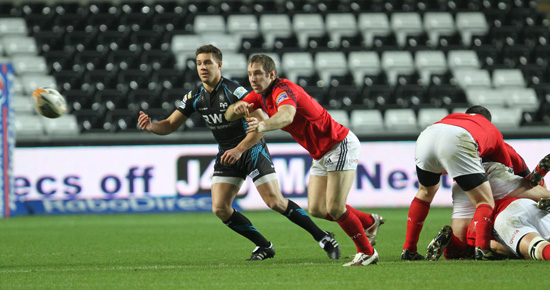 When Munster look back on this 19-13 loss to Ospreys they’ll probably recognise that the loss to injury of Doug Howlett was much more significant than the three points they left behind at the Liberty Stadium.

Besides scoring his side's only try, Howlett was easily – and not for the first time – Munster most industrious and inventive back and his absence in the coming weeks will be keenly felt.

He sustained what looks to be a serious ankle injury with less than five minutes remaining at a time when Munster looked like they might be about to pull off another escape to victory end game.

Trailing 19-13 they forced a series of scrums five metres from the Ospreys line that had the home eight in all sorts of bother. Five times referee reset the scrum, three times with a full penalty and then, when BJ Botha slipped on engage, there was no reset, just a penalty to the home side that allowed them clear their lines.

That clearance missed touch and allowed Munster counter for Ronan O'Gara to kick for a five metre line out. But an overthrow denied Munster the opportunity to build the phase that might have yielded some return.

All things considered, Munster were the architects of their own downfall. They led 10-6 at the break thanks to that Howlett try and the boot of Ian Keatley. But within ten minutes of the restart they'd coughed up two tries to trail 16-10 and then when replacement (for Danny Barnes) O'Gara reduced that deficit to a single score they almost immediately conceded another penalty that allowed Matthew Morgan kick his side into what was the eventual final score.

Credit to Munster for the way they put themselves into position where they might have snatched victory at the death for the third successive week, and a penalty try did look on the cards in the closing minutes. But credit too to an unyielding Ospreys whose defence was superb all night and if nothing else Munster will return to Wales next Friday under no illusions of the mammoth task they face. 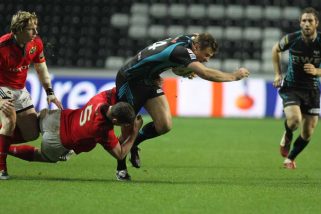 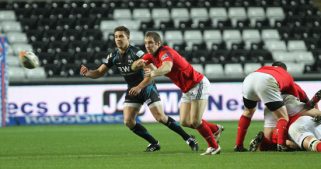