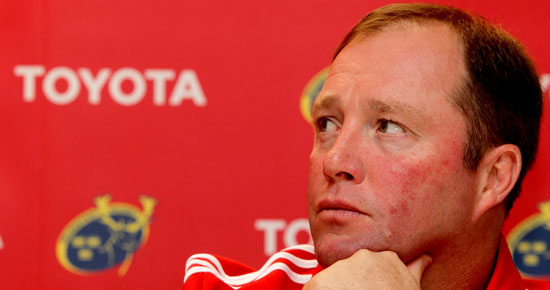 Supporters attending the Leicester Tigers game this evening in Musgrave Park will get the the opportunity to see the core group of Munster players who will, by and large, carry Munster’s hopes this season.

They will also get to see newcomer Sam Tuitupou for the first time in Munster red partnering Danny Barnes in the centre while the returning Wian du Preez fronts up a pack – captained for the first time by Denis Leamy – with an average age of 25.

The backline is a mixture of youth in the shape of Scott Deasy, Danny Barnes and Duncan Williams and the experience of Tuitupou, Paul Warwick, Denis Hurley and Ian Dowling returning from a knee injury that forced him out of the latter games of last season.

Other who missed a chunk of last season through injury are Donnacha Ryan who is named on the blindside and Darragh Hurley and Felix Jones, listed among an extended bench that includes Ireland U20 internationals from this summer's World Cup, Paddy Butler and Simon Zebo and Peter O'Mahony who captained Munster to the British & Irish Cup final last term.

For their part Leicester, described by new signing Argentean Horacio Agulla as the "Barcelona of club rugby", have not as yet named a side but coach Ricard Cockerill has promised to bring his 'strongest available squad' and if as expected it includes their international contngent then all those will see action at some stage of the evening.

Tickets will be available at both gates from 5.30pm this evening while stocks last. 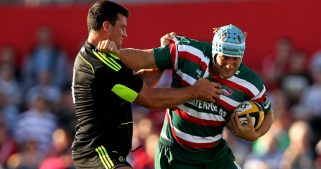