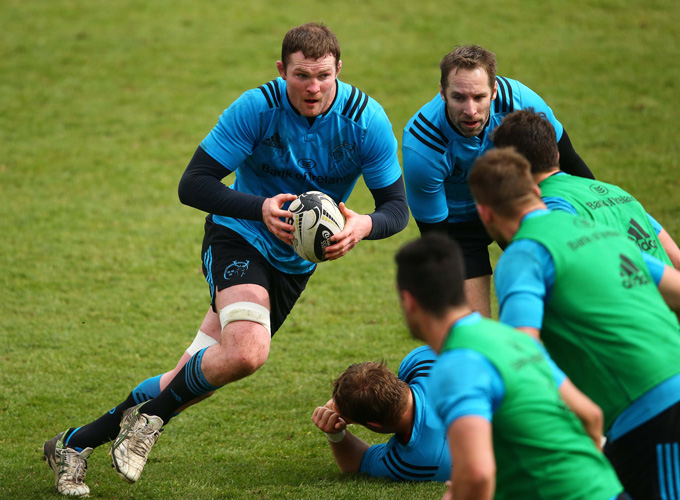 In naming an all-Irish starting XV, the players are all products of the Greencore Munster Rugby Academy.

In an all-new front row, Dave Kilcoyne and Stephen Archer start on either side of Niall Scannell with Archer making his first start since returning from a long-term neck injury.

Donnacha Ryan comes into the second row and will make his 100th league appearance when partnering Billy Holland who again captains the side.

O’Donnell is the one personnel change in the back-row with Dave O’Callaghan and Jack O’Donoghue reverting to blindside and number 8 respectively.

Changes in the half-backs see Tomás O’Leary and Johnny Holland start alongside each other for the first time in what will be Holland’s first inclusion in the starting line-up since returning from a long-term hamstring injury.

A new starting partnership is also seen in the midfield with the returning Earls joining Rory Scannell while the return of Zebo at full-back is the final change with Ronan O’Mahony and Darren Sweetnam again completing the back-three.

Francis Saili sustained a knock to the shoulder in training this week, ruling him out of contention for tomorrow night’s game. The centre is expected to return to training next week.

Tickets from €;15 and €;30 for families can be purchased online here, from the Munster Rugby Ticket Offices at Irish Independent Park and Thomond Park, or by calling 0818 719 300.

Fanzone and Bars open from 5pm. Click here for Hospitality offers from €;25! 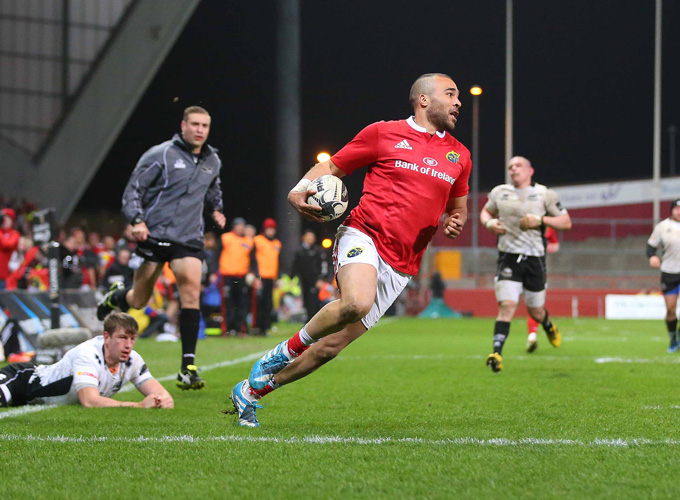 Maintaining the majority of possession throughout, a penalty try and a touchdown from Ronan O’Mahony saw Munster lead 14-0 at the interval with ill-discipline also reducing the visitors to 13 men towards the end of the opening half.

Munster continued with great purpose and intent in the second half. This, coupled with a tiring Zebre defence, laid the pathway for tries from CJ Stander, Conor Murray, a Simon Zebo brace and a second penalty try. Plus, pin-point accuracy from the boot of Johnny Holland also gave the Thomond Park faithful much to cheer about.

Winning the opening exchanges in the scrum, back to back set piece penalties saw the boot of Holland work the hosts up the touchline to just outside the Zebre 22. From there it was credit to the Italian’s defence that it took Munster 19 phases to breach their 22, again via the boot of Holland as Zebre eventually infringed on the ground.

With Munster opting for a lineout maul which quickly gathered momentum, the visitor’s only answer was to pull it down illegally, an infringement that left referee Dudley Phillips with little option other than to award the penalty try which he duly did.

Holland added the conversion and Munster were out to a 7-0 lead on 12 minutes.

Wonderful broken-field running from Keith Earls and O’Mahony gave Munster footholds deep in opposition territory, and as Munster made continued headway towards the Zebre try line, cynical play from Zebre saw them reduced to 14 men on 23 minutes.

Exerting dominance at set-piece, Munster opted for the scrum off of which they launched an attack down the left wing where a nicely weighted skip pass from Rory Scannell found the oncoming O’Mahony who secured Munster’s second try on 26 minutes.

Holland did exceptionally well to land the touchline conversion as he kicked into a strong headwind and pushed Munster out to a 14-0 lead.

Zebre were then down to 13 men when Giulio Toniolatti was binned for reckless use of the boot at the breakdown and Kelly Haimona didn’t make their cause any easier when he missed their one kickable penalty on the stoke of half time.

Munster might not have made the man advantage count on the scoreboard towards the end of the opening 40, but were more than clinical when Zebo bagged Munster’s third try on 47 minutes.

Man-of-the-match Scannell was again central to proceedings when floating another perfect skip pass, this time to the right wing for Darren Sweetnam who did well in drawing the defence before popping to Zebo who left the Italians in his wake as he touched down. In doing so the Cork man became Munster’s all-time record try scorer.

Holland maintained his 100% kicking record in slotting the extras.

The bonus point was bagged in style on 53 minutes with a wonderful team try as Munster turned defence into attack. As Zebre came close to the whitewash, defiant last ditch defending saw Munster win back possession and spread it wide to Sweetnam whose jinking run brought Munster up to half way before offloading to replacement Ian Keatley who in turn found Zebo and the full-back raced in under the posts to complete his brace.

With Holland off the field for a HIA, replacement and returning international Conor Murray assumed the kicking responsibilities and added the conversion.

Murray had another conversion attempt just minutes later as Foley’s men really put Zebre to the sword. When the Italians failed to gather a restart, the ever prominent Sweetnam pounced and offloaded for Tommy O’Donnell who made a storming run to the 5 metre line before offloading to CJ Stander and there was no stopping the international returnee as he touched down for Munster’s fifth.

Scum-half Murray was unable to add the extras on this occasion but he did however bag Munster’s sixth try. In what must have seemed like déjà-vu from his 6 Nations exploits, Murray picked and went from the back of a dominant maul to touch down at close range.

Coming through the HIA successfully, Holland slotted the conversion and he made it a five from five return when converting Munster’s final try of the night on 73 minutes – referee Phillips awarding the province a second penalty try after Zebre illegally pulled down the advancing Munster scrum.

47-0 was the full-time score, a result that sets the Munstermen up nicely for next Saturday’s interprovincial clash against Leinster at the Aviva Stadium – KO 5:30pm.

PRO12 Round 18 Round-up: Tonight’s win sees Munster provisionally climb to fourth on the PRO12 table before the rest of the weekend’s action is played.

For the second time this season Munster fielded and all-Irish starting XV. Tonight however, each starter was a product of the Greencore Munster Academy system.

Munster’s six returning internationals who lined out against Scotland in the final round of the 6 Nations last weekend all featured in tonight’s game with Donnacha Ryan making his 100th league appearance. 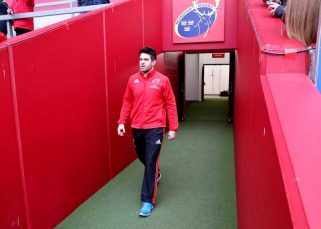 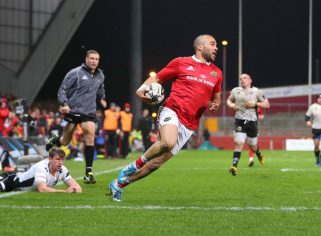