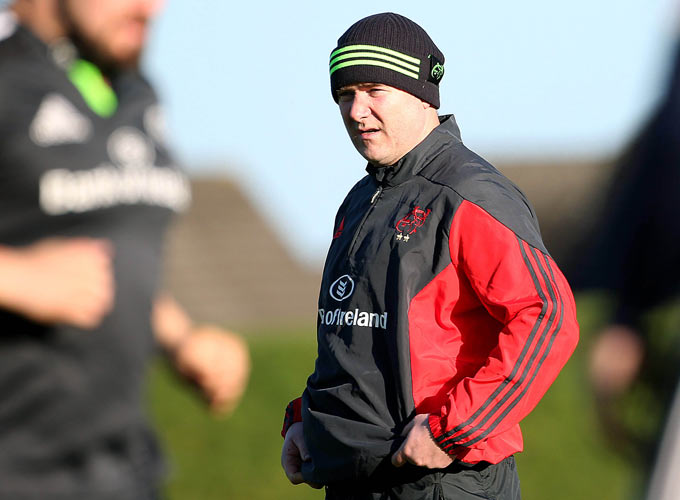 Head Coach Anthony Foley has named his side to face Clermont Auvergne in round 3 of the European Champions Cup at a sold-out Thomond Park on Saturday, ko 5.30pm.

Munster’s international contingent return to the starting XV with Dave Foley, Paul O’Connell, Peter O’Mahony, Conor Murray and Simon Zebo included for the first time since the round 2 Saracens encounter.

Foley keeps faith with the same front row of Dave Kilcoyne, Duncan Casey and BJ Botha, and introduces the second row pairing of Paul O’Connell and Dave Foley in the front five.

CJ Stander retains his place at number 8 and is joined by Captain Peter O’Mahony and Tommy O’Donnell in completing the back-row.

Conor Murray and Ian Keatley renew their half-back pairing, while centre Pat Howard makes his first European appearance for the province starting alongside Denis Hurley for the second time.

With Simon Zebo returning to the side Gerhard van den Heever makes the positional switch to the opposite wing as Felix Jones completes the back three.

In the replacements hooker Kevin O’Byrne is named in his first European squad while prop James Cronin in included after successfully rehabbing an ankle injury.

Please note this game is sold-out. 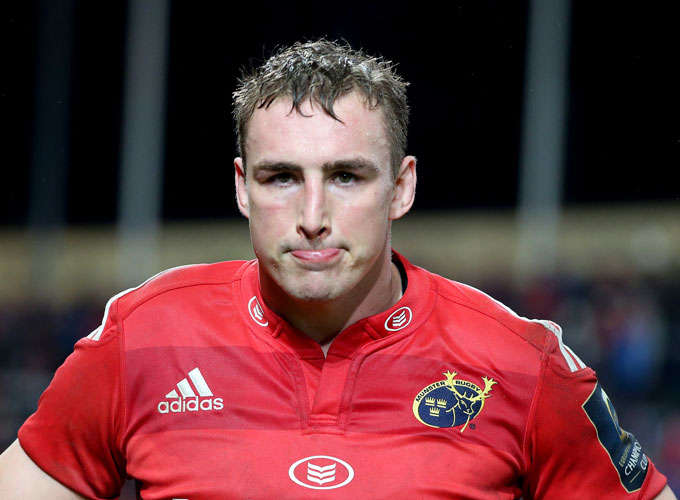 Munster suffered a European loss in Thomond Park tonight with Clermont Auvergene scoring the game’s only two tries to win out 9-16.

The worst imaginable start for Munster saw Clermont score the game’s first try in the opening minute. A clever kick in behind the Munster defence forced Felix Jones to run the ball into touch from where the Clermont pack showed serious intent from the off – marching over the whitewash from the subsequent line out maul and Man of the Match Fritz Lee touching down. Out half Camille Lopez was unable to add the extras.

Intense physicality on the ground forced turnovers on both sides but it was Munster who coughed up the first penalty, doing so in the opening scrum of the game. A bad placekicking start from Lopez saw his second kick at goal fall well short.

The hosts struggled to get a foothold in the game with Clermont imposing their physicality on Munster and they could have been in again after a break in midfield, only for a super tackle from Simon Zebo wrapping up man and ball and halting the Frenchmen's advance.

Good running from Tommy O’Donnell eventually brought Munster back into Clermont territory and the province’s first period of sustained pressure saw Clermont bring down the maul illegally. Kicking form the touchline, Ian Keatley reduced the deficit to two on 14 mins.

Clermont responded well, and following a charge down on Conor Murray’s box kick, could have gone in yet again were it not for the cover defence getting across and forcing Nalaga to knock on.

Clermont kept on coming however, this time on the opposite wing – and to better effect – eventually stretching Munster’s defence too thin and a simple loop from Fofana was enough to put him over for the visitor’s second try on 21 minutes. Lopez continued to misfire from the kicking tee and failed to add the extra two.

A Munster penalty at scrum time allowed Keatley to make it 6-10 on 25 minutes, but Clermont continued to keep the hosts at arm’s length. Having missed his opening three kicks, Lopez more than made amends as the half progressed, kicking a penalty on 30 mins – after Munster infringed in the scrum – followed by a dropgoal four minutes later.

Munster’s best chance of the half came from a penalty just before the break. Opting for touch, they attempted the line out maul, only to knock on and leave it 6-16 at the break. Unfortunately for Anthony Foley’s charges, poor handling in slippery conditions would dog them all night.

From the restart Clermont maintained the intensity that had rewarded them handsomely in the opening 40 – opting for quick line outs and running from everywhere with loose kicking from Munster allowing them the space in which to run.

With ball in hand it was the Frenchmen who looked the most likely to score, gaining yards on the Munster defence, and even without the ball, excellent defence meant Munster achieved little penetration while on the attack.

Strong defence from Clermont also saw Munster kick more often than they might have liked, but there too Clermont were up to the task.

That said, buoyed by the ever vocal Thomond crowd Munster maintained pressure, particularly on the visitor’s line out, and had their efforts rewarded with a penalty on 60 minutes which Keatley duly converted to make it a converted try between the teams.

A high tackle on Keatley just outside the Clermont 22 gave Munster one last throw of the dice on 76 minutes. With a kick to touch and numerous phases from the line out, try as Munster might, there was no way through the impenetrable defence of the Frenchmen.

They did however conceded one final penalty. One would have backed the province for another classic last minute 'Munster victory' but it wasn’t to be as Clermont stole possession in the line out and with became the first French side to win a European game at Thomond Park

In the return leg, Munster travel to face Clermont at the Stade Marcel Michelin next Sunday at 3:15 Irish time. 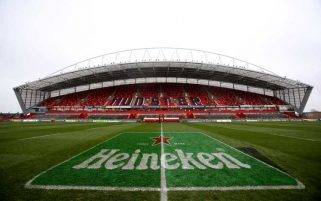 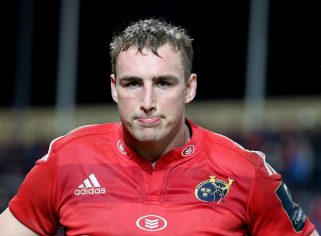