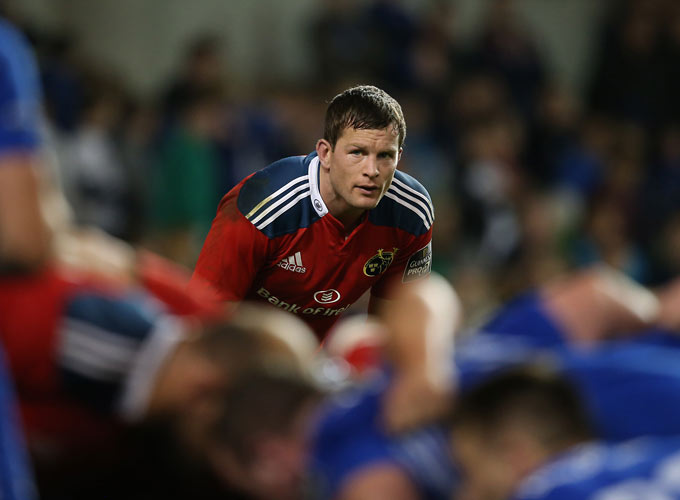 Head Coach Anthony Foley has named a strong side to face Cardiff Blues on Saturday night in Cork, including Denis Hurley as captain and the international duo of Ian Keatley and Keith Earls.

Round 14 of the Guinness PRO12 sees Munster play their first game at the newly redeveloped Irish Independent Park.

Currently in his ninth season with Munster, Denis Hurley signed a one-year contract extension in January that will see him remain with the province until June 2016. The Cork-man captains the side for the first time on his 145th appearance.

In the front row John Ryan and BJ Botha start on either side of Eusebio Guinazu. Botha is set to make his 90th appearance in the red of Munster while the versatile Guinazu makes his first start as hooker.

The experienced local duo of Donncha O’Callaghan and Billy Holland make up the second row with blindside Sean Dougall and openside Dave O’Callaghan joining academy number 8 Jack O’Donoghue in the back row. Having already made two PRO12 appearances this season – against Zebre and Ospreys – O’Donoghue penned a three year deal in January which will see him advance to development status for season 2015/16 and full contract status from 2016/17.

Following his involvement in last weekend’s 6 Nations victory over Italy Ian Keatley has been made available to the province this weekend and will partner Duncan Williams in the half-backs.

Keith Earls is another international representative available for selection and the Limerick native will join captain Denis Hurley in the midfield.

JJ Hanrahan starts at full-back for the third time this season with Ronan O’Mahony and Andrew Conway on the left and right wing respectively.

After successfully rehabbing a knee injury sustained against Clermont Auvergne at Thomond Park in December, Dave Kilcoyne is named amongst the replacements, as are academy centre Rory Scannell and Garryowen scrum-half Neil Cronin, both of whom are in contention to make their second senior appearances for the province this weekend.

Tickets from just €;15 can be purchased online by clicking here, at the Munster Rugby Ticket Offices at Irish Independent Park and Thomond Park, or by calling 0818 719 300.

The Ireland v France 6 Nations game will be televised on the big screen before kick-off so you won't miss a second of the action – both international and provincial! 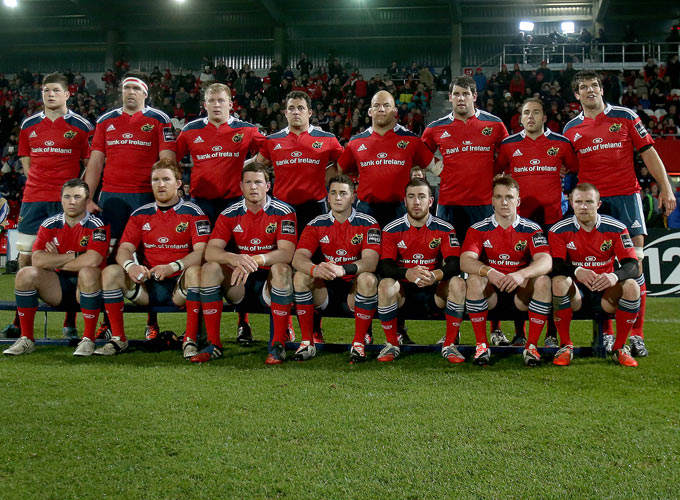 With Ian Keatley and Andrew Conway ruled out due to illness Rory Scannell was promoted to starting outhalf and Luke O’Dea came straight in to the side, starting on the wing.

It was Scannell’s second PRO12 appearance and first time starting at 10, while O’Dea last played PRO12 rugby against Edinburgh in May 2014 due to a string of injuries.

Academy back Darren Sweetnam was brought into the replacements for his first PRO12 squad inclusion, going on to make his debut.

Munster opened the scoring following a second penalty chance successfully kicked by JJ Hanrahan after 10 minutes. The first effort struck the post and Ronan O’Mahony was quick to secure the rebounding ball, with the support securing a penalty at the next breakdown.

Minutes later Cardiff were on the attack inside Munster’s 22 and won a penalty after the men in red were pinged for not releasing. Rhys Patchell duly kicked his side’s first points, and the outhalf was on target again after 17 minutes when Munster coughed up a further penalty for the same offence.

The visitors continued to capitalise on Munster’s indiscipline when securing a third penalty from a lineout infringement on the half hour mark. Patchell made it three from three before fullback and man of the match JJ Hanrahan responded for the home-side. He kicked the sides level before the break with two successive penalties.

Munster returned with a new sense of purpose, and a quick lineout ball ended with academy number 8 Jack O’Donoghue bulldozing his way through the Cardiff defence. Ronan O’Mahony and JJ Hanrahan both played their parts in edging towards the line before captain Denis Hurley burrowed his way over for the first try, and JJ added the extras to extend the lead.

The next try came off the back of a turnover ball won by Rory Scannell inside the Munster 22. Centres Denis Hurley and Keith Earls were released into open space, with the latter sprinting and spinning his way around the Cardiff defence. A quick recycled ball ended with Jack O’Donoghue running in his first PRO12 try, and with JJ kicking the conversion, Munster led 23-9.

Cardiff reduced the margin after a Josh Navidi try on 70 minutes and with Patchell once again on target with, the visitors moved within 7 points going into the final 10 minutes.

But Hanrahan's fourth penalty and a last-minute try deservedly scored by Ronan O'Mahony saw Munster finish on a high as they moved to the top of the Guinness PRO12 table in front of their home support in Cork. 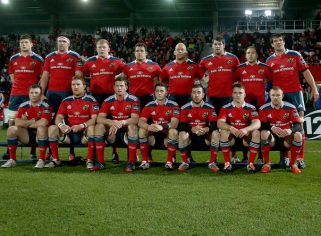