Foley Rings The Changes For Dragons 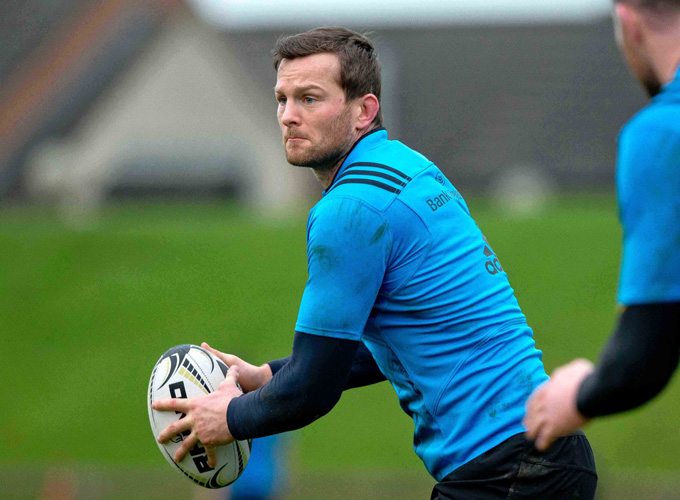 Head Coach Anthony Foley has made ten changes to the side that lost to Connacht in naming his side for Sunday’s clash at Newport-Gwent Dragons. Denis Hurley is named as captain while Niall and Rory Scannell will become the first brothers to start together for Munster in the PRO12.

Niall Scannell remains at hooker with Dave Kilcoyne and John Ryan returning to the front row while Dave Foley resumes his partnership with Mark Chisholm in the second row.

Two changes in the back row see blindside flanker Shane Buckley make his first start of the season with Dave O’Callaghan returning at openside and Robin Copeland remaining in situ at number 8.

Tomás O’Leary continues at scrum-half and the selection of Rory Scannell at 10 for the first time in the current campaign completes an all-Dolphin RFC half-back pairing.

Scannell is one of two academy players included for this weekend’s encounter with David Johnston starting alongside captain Denis Hurley for the second time this season.

Simon Zebo and Ronan O’Mahony return to the back-three on the left and right wing respectively with Lucas Gonzalez Amorosino switching to full-back.

Having successfully rehabbed a quad strain, Tyler Bleyendaal is named on the bench.

On the injury front, the medical team reported positive results after Francis Saili's scan for a calf strain this week and the centre is expected to return to training next week, while BJ Botha continues to follow return to play protocols after sustaining a concussion against Connacht last Saturday.

Both Andrew Conway and Jack O'Donoghue were not available for selection due to illness as Conor Murray and Donnacha Ryan both manage respective foot and rib injuries. 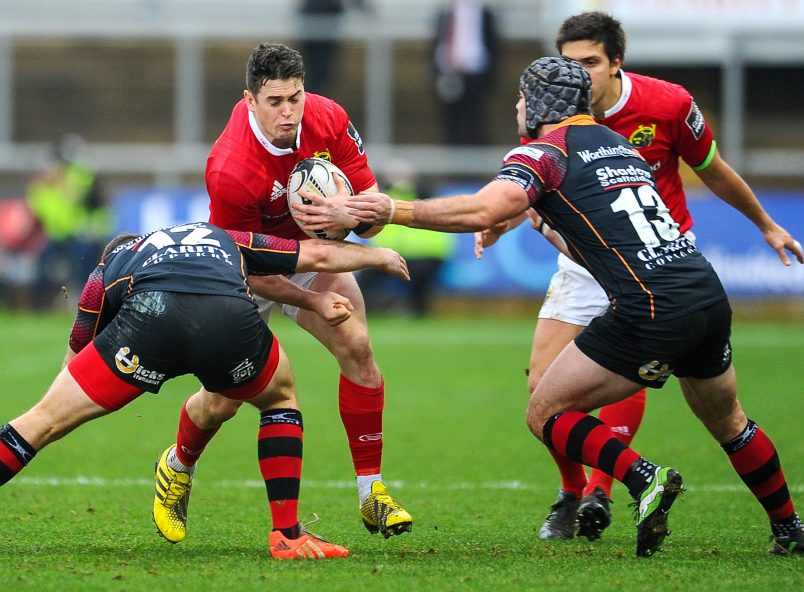 Munster fell to a second successive defeat in the PRO12 today as Dragons secured victory at Rodney Parade.

Munster were second best today with Dragons' Dorian Jones kicking 14 points, and lock Rynard Landman crossing for the only try of the game to seal the win three minutes from the end.

It was 6-6 at the break despite both sides having try scoring chances in the first-half.

Dragons started well and within two minutes were ahead through the boot of Jones after we were penalised for going off our feet. However the home-side were next to infringe and Rory Scannell kicked Munster level in the 14th minute with his own penalty attempt.

Munster's two missed scoring opportunties came by way of Simon Zebo and Lucas Gonzalez Amorosino in the first half. The Ireland international was denied a try in the 22nd minute after he was pinged for double-movement when Tom Prydie tackled him inches from the line.

Then Tomás O’Leary and Denis Hurley combined to put Rory Scannell through a gap and with the outhalf offloading to Ronan O’Mahony, it was the final phase that saw fullback Amorosino unable to ground the ball.

The attacking threat and momentum shifted in favour of the home-side and with nine minutes remaining in the half Jones slotted his second penalty kick after Munster were penalised for side entry. Then it was Carl Meyer who almost got over in the left corner only for a last-ditch try saving tackle from Zebo on the Dragons fullback.

Munster did have the last say of the half with Rory Scannell kicking the sides level once again after Newport were pinged for offside.

But that was to be the final score for the province with the Welsh side keeping Anthony Foley's men scoreless for the final forty.

Jones then missed his own effort after 62' but the number 10 was back on target with his next attempt and a successful third penalty for his side further extended the lead to 12-6 after 65 minutes.

Munster were denied any points from the round 9 encounter after lock Rynard Landman crossed at the death for a converted try, and Jason Tovey’s late penalty sealed the comprehensive win for the hosts.

Round 9 PRO12 round-up: Munster suffered back to back PRO12 defeats and failed to pick up any points for the first time this season. With Niall and Rory Scannell both starting, they were the first brothers to ever start for the province in the PRO12. The backline included two academy players with Rory joined by David Johnston in the starting line-up. Backrow Shane Buckley made his first start of the season while Denis Hurley took over the captaincy duties. 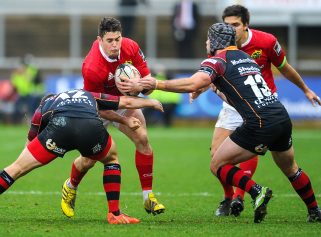