Foley Names Side To Face Warriors 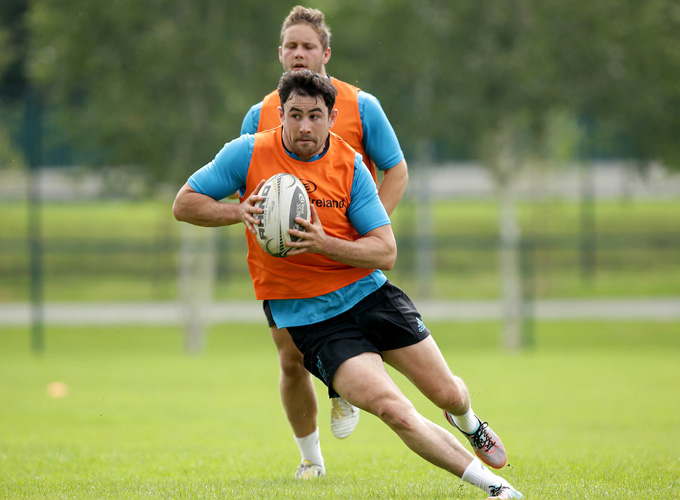 Munster Head Coach Anthony Foley has named his side to face Glasgow Warriors at Thomond Park tomorrow evening. In total, Foley makes 8 personnel changes from the side that defeated Ospreys over a fortnight ago and names Felix Jones as captain.

An all new front row sees James Cronin and Stephen Archer start on either side of Duncan Casey with Archer and Casey both making their first starts of this season’s PRO12. Archer also draws ever closer to the 100 cap milestone for the province and will make his 99th Munster appearance this weekend.

Mark Chisholm and Dave Foley again form the second-row partnership with the reintroduction of CJ Stander at number 8 the only change in the back row, Dave O’Callaghan and Jack O’Donoghue continuing at 6 and 7 respectively.

Duncan Williams and Ian Keatley return at half-back with Tyler Bleyendaal switching to inside centre for the first time, while the New Zealander is partnered by the academy’s David Johnston in midfield on his second league start.

The only change in the back-three sees Gerhard van den Heever make his first PRO12 appearance of the season, starting on the left wing. Andrew Conway continues on the right flank with Jones captaining the side from full-back.

At half time Munster's victorious Women's and Age Grade (U19s & U20s) Interprovincial teams will be honoured on the pitch, while the 1978 Munster team that defeated the All Blacks will also be in attendance.

The team of '78 will present a cheque to St. Munchins Community Centre with all funds raised through royalties from Guinness' Made of More TV commercial (see below) which featured Munster's now infamous win over New Zealand.

In celebration of the event, fans are also invited to a World Cup After Party in the Guinness Dugout Barwhere New Zealand v Georgia will be screened live at 8pm.

Tickets from just €;20 for Adults and €;7 for Juniors can be purchased online here, from the Munster Rugby Ticket Offices at Irish Independent Park and Thomond Park, or by calling 0818 719 300.

Munster Edge It In Thomond Park 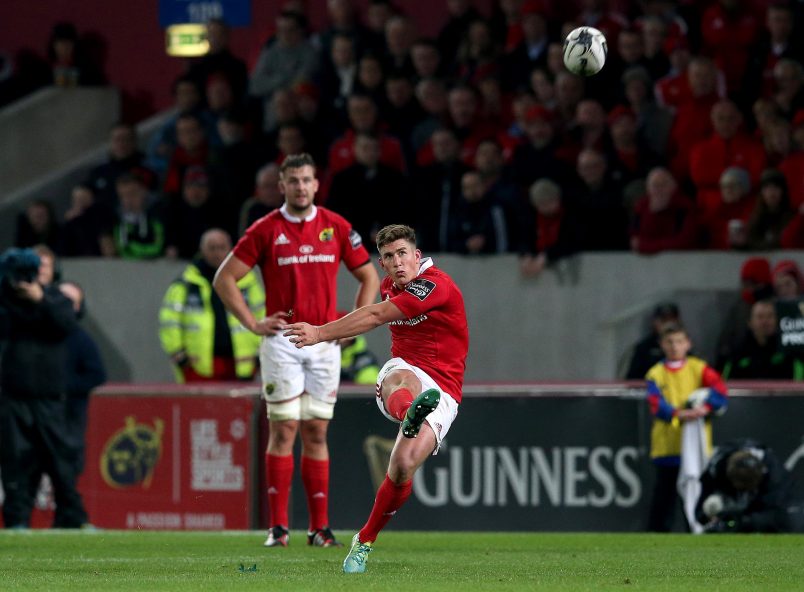 Handling errors, lineout issues and ill-discipline were enough to gift Glasgow possession and scoring opportunities in tonight’s PRO12 round 3 encounter and despite all this, Munster just about recorded their third league win with a 23-21 victory at Thomond Park.

The visitors’ points all came through the boot of Rory Clegg with the out-half successfully kicking six of his seven penalty opportunities and he rounded off a solid display with a well taken drop-goal.

While Munster produced two tries, one in each half, with Dave O’Callaghan and BJ Botha both touching down with Ian Keatley converting both and adding a further three penalties.

With both out-halves exchanging penalties in the opening 20 Munster moved ahead when the Scottish side were reduced to 14 men after Tyrone Holmes was yellow carded. The men in red opted for the corner and Dave O'Callaghan completed a series of pick and goes when diving over from close range.

Keatley add the conversion on 29 minutes but Glasgow replied with two successive penalties from Clegg before Munster once again pulled ahead in the final play of the opening half. Glasgow were penalised for holding on and Keatley fired over his long-range penalty to give a half-time score of 13-9.

Glasgow once again reclaimed the lead after a 10 minute period that saw the Scottish side take full advantage of Munster ill-discipline with three successful penalties from the boot of Clegg. There was a moment of reprieve after 63 minutes when the out-half missed his first kick on the seventh attempt.

At this stage Munster had rung the changes and the introduction of BJ Botha and Dave Kilcoyne reignited Munster’s engine room. With the changes came a period of increased intensity and while in the visitor's 22 the attacking wave broke the Glasgow defence, and following a number of phases BJ Botha stretched for the line and scored Munster’s second try. Keatley added the extras to put Munster ahead by two with 12 mintues remaining.

However, Glasgow continued to battle on and Clegg split the posts with a well taken drop-goal on 74 minutes and Munster had it all to do moving in to the final minutes.

Thankfully they were dealt one final chance when Glasgow went offside and Keatley stepped up to kick his third penalty and the final winning score after 77 minutes.

PRO12 Round 3 round-up: Captain Felix Jones was replaced after 38 minutes for HIA after sustaining a knock to his neck. This fixture saw Mark Chisholm play for the first time in Thomond Park and it was Tyler Bleyendaal's first time starting at centre for the province. There were 2 academy players in the side – David Johnston starting and Rory Scannell in the replacements. 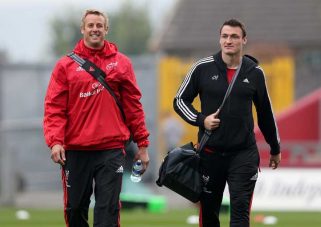 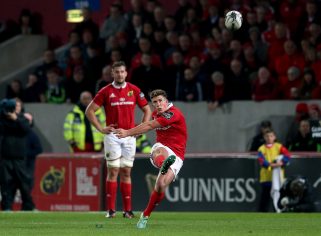 Munster Edge It In Thomond Park