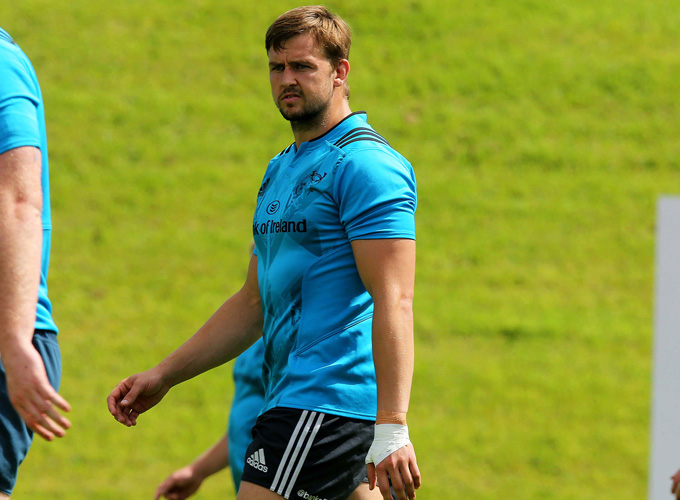 As the competitive seasons gets underway, Munster Head Coach Anthony Foley has named his side to face Benetton Treviso in Round 1 of the Guinness PRO12 at Irish Independent tomorrow night – KO 7:45pm.

Following impressive performances across the past ten weeks, both on the training field and in Munster’s pre-season friendlies, John Madigan, David Johnston and Shane Monahan will make their competitive debuts for Munster, with New Zealander Tyler Bleyendaal another in line to do so after being named amongst the replacements.

Suffering no ill-effects from recent outings against Connacht and London Irish, hooker Mike Sherry makes a welcome return to PRO12 action for the first time since November 2013 and is joined in the front row by James Cronin and BJ Botha.

A contrast in milestones in the second row sees the academy’s Madigan win his first Munster cap partnering Dave Foley who wins his 50th cap since making his league debut against Connacht in April 2010.

CJ Stander will again captain the side from the back of the scrum at number 8 with Dave O’Callaghan and Jack O’Donoghue completing the pack at 6 and 7.

Duncan Williams and Ian Keatley form the half-back partnership while Rory Scannell is paired with his academy colleague and debutant Johnston in the midfield.

Felix Jones makes his first provincial appearance of the season at fullback with new cap Monahan and Andrew Conway taking charge of the flanks.

Successful rehabilitation of a groin strain sustained against Grenoble in recent weeks allows Bleyendaal take his place on the bench, while Cian Bohane is also included after rehabbing a knee injury that kept him sidelined for the past competitive season. 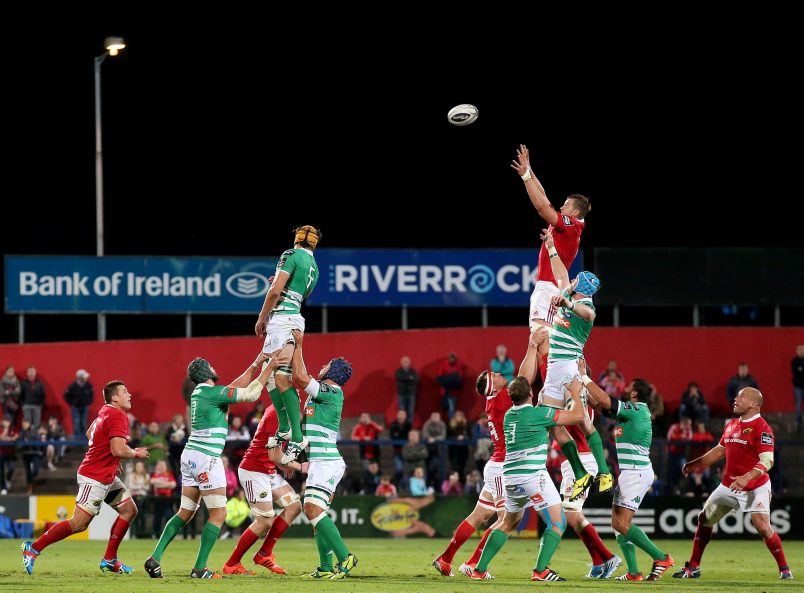 With the Italians leading by a point at the break an improved second half performance saw Anthony Foley’s side regain the lead and a subsequent win with two tries from Captain CJ Stander.

Centre and academy player Rory Scannell was quick to impose himself on the game with some early attacking breaks and Munster secured a penalty on the Treviso 22 with Keatley kicking the first points of the season after 6 minutes.

Four minutes later Treviso completed an attacking phase with flanker Dean Budd shrugging off the tackle of CJ Stander to dive over in the corner. Fullback Jayden Hayward added the extras and Treviso led 7-3.

A string of errors denied Munster any momentum and with the visitors fronting a physical challenge try scoring opportunities were limited in the opening 20. However, the Munster scrum aided the cause and in securing the penalty advantage Keatley reduced the gap when successfully kicking one of two attempts.

As the first half closed out Treviso mounted a final attack and only for a scrambling defence and a crucial Shane Monahan tackle the visitors were denied any advantage and the score remained 6-7 at the break.

At the start of the second half Munster turned it around when Dave O’Callaghan presented the ball for a quick pick and go for man of the match Stander who crashed over from close range to put Munster ahead 11-7 after 46 minutes.

Hayward missed the next penalty chance to close the gap before the Munster number 8 crossed for his second try of the night.

Ian Keatley and Shane Monahan both played a part in the build-up to Stander’s try, which saw him run in from 10 metres out.

Keatley added the extras to further extend the lead to 18-7 but the Italians deservedly salvaged a losing bonus point with two penalties from the boot of Hayward in the final 10 minutes.

After the game Head Coach Anthony Foley was quick to praise his young centre partnership of Rory Scannell and academy colleague David Johnston who was making his PRO12 debut.

PRO12 Round 1 round-up: Tyler Bleyendaal, David Johnston, John Madigan and Shane Monahan all made their PRO12 debuts for Munster. Dave Foley made his 50th appearance for the province while CJ Stander picked up his first MOTM award of the season, after claiming seven MOTM awards in 2014/15. It was the first time Mike Sherry played in the PRO12 since November 2013. 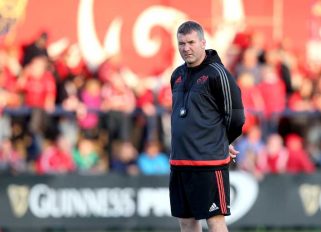 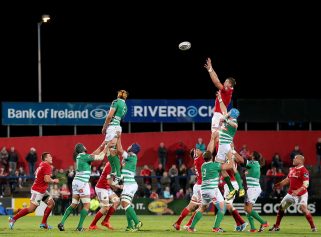