Foley Names Munster Side For Leicester 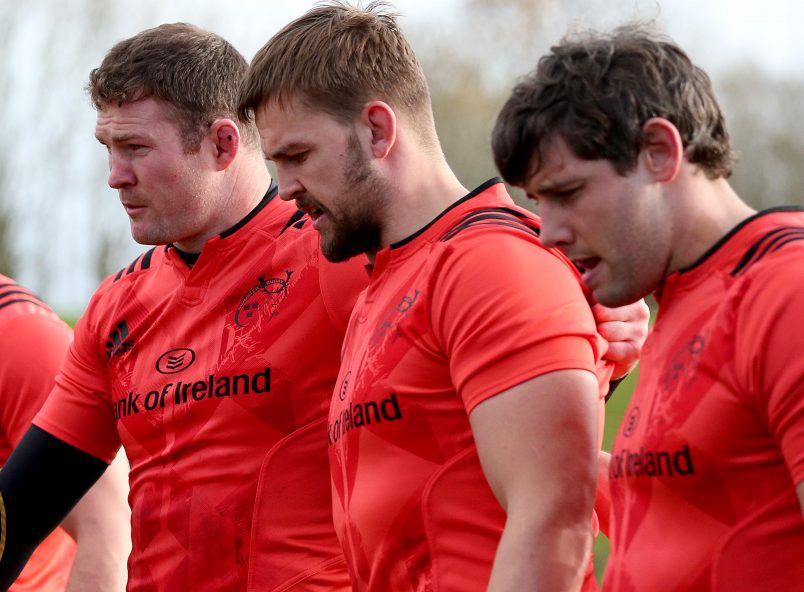 Conor Murray, Donnacha Ryan, Francis Saili and Mike Sherry have all come through this week’s preparations in time to be included in Munster’s squad to take on Leicester Tigers on Saturday in Thomond Park, ko 7.45pm.

In the front row James Cronin and BJ Botha return to scrum down on either side of hooker Niall Scannell who makes his first European appearance this weekend.

The returning Donnacha Ryan joins Dave Foley in the second row while Robin Copeland and CJ Stander are named alongside Dave O’Callaghan in the back row.

Named at blindside, this will be Copeland’s first Champions Cup start for the province, while Stander returns to captain the side from number 8.

A changed half-back pairing sees Conor Murray and Ian Keatley renew their partnership after Murray successfully rehabbed a bruised bone he sustained during the round one encounter against Treviso.

Mike Sherry is included in the replacements after rehabbing a knee injury he sustained in the opening round against Treviso while Tyler Bleyendaal is in line to make his European debut if sprung from the bench.

Thomond Park will welcome its one millionth European Cup supporter through the turnstiles at this Saturday's game, 20 years after hosting Munster's first European game against Swansea in November 1995. In marking the occasion the Munster Rugby Ticket Office and Thomond Park will be identifying the one millionth supporter through the turnstiles on Saturday night and the lucky fan will win a pair of tickets to all of Munster's home games for the next five seasons. The selected prize-winner will also receive upgraded tickets for Saturday's game and will receive their prize on the pitch at half-time.

Tickets are available to buy from the ticket offices in Thomond Park and Irish Independent Park, online here or by calling 0818 719300. Ticket prices start from €;20 for Adults, €;60 for Families or €;10 for Students.

Full match day and ticket info can be found here. 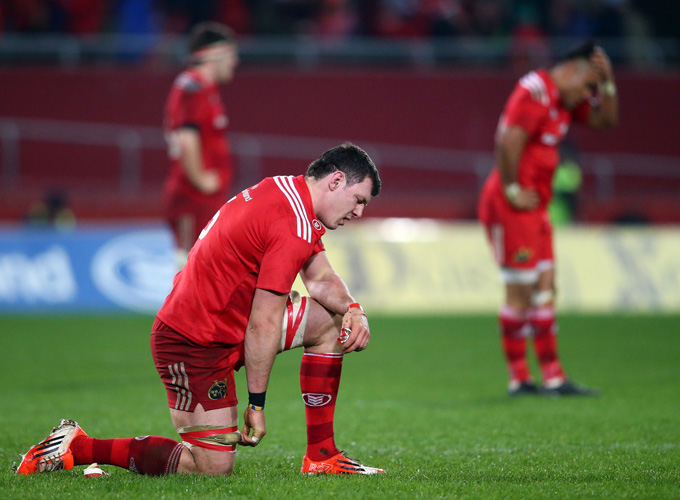 Munster suffered only their fourth European Cup defeat at Thomond Park this evening after Leicester Tigers scored three tries – as opposed to two for Munster – in a deserved 19-31 victory. The result continues the trend of neither side ever winning against the other on home soil.

It was Tigers who opened the scoring in the first minute after Munster went off their feet and Owen Williams made no mistake with his opening kick.

From the subsequent restart Munster immediately applied good pressure that netted them their first penalty of the game. Sensing the upper hand in the early collisions, Munster chose to go down the line, yet after claiming the lineout and going through the phases, a good Tigers defence did enough to force the knock on.

Further knocks-ons and loose kicking would again cost Munster after they created some decent attacking opportunities and it was on the 13th minute that Ian Keatley eventually got the men in red off the mark after Tigers went offside.

The hosts were in the lead soon after when further pressure at the breakdown won them another penalty, Keatley again on the money with his second kick of the night. However the out-half would miss an opportunity to extend Munster’s lead even further just two minutes later.

Munster were then dealt a serious blow when Tigers used their maul to make some good headway before opting to run it down the left wing where Vereniki Goneva crossed for the game’s opening try, but with the conversion coming off the upright it remained a five point game at 6-11.

Things would go from bad to worse before the interval with miscommunication in the defensive Munster lineout seeing Tigers’ Michael Fitzgerald pounce on the loose ball and touch down for the easiest of tries two minutes before the half time whistle.

Williams’s conversion saw the Englishmen head for the dressing rooms with a twelve point buffer at 6-18.

With a lot to do in the second 40, Munster needed the best of starts and that’s what transpired, much to the delight of the home faithful who cheered on their province loudly from the restart.

A wonderfully judged Ian Keatley kick brought Munster to within five metres of the Tigers try line and with the pack applying good pressure to the visitor’s lineout, James Cronin had the presence of mind to jump over the Tigers ruck when the ball came loose at the back. As the ball was over the try line the ruck was negated and the prop was fully entitled to compete and ground the ball with referee Romain Poite duly awarding the try. Keatley was off target with the extras.

Further good pressure brought it back to a four point game, Marcos Ayerza seeing yellow for tackling a man off the ball and Keatley made it 14-18 on 46 minutes.

Yet Munster were unable to make the man advantage count and instead Tigers gave themselves more breathing space after Ben Youngs darted from the base of a good counter ruck just outside the Munster 22, and after running through a number of Munster defenders, the English international dotted down for Tigers' third on 53 minutes.

Williams slotted the easy conversion to extend Tigers’ lead to 14-25.

Munster did however maintain their composure and after countless phases around the midfield, eventually made a break down the left wing through Keith Earls, and after further recycling, replacement hooker Mike Sherry did well in stretching to reach the Tigers try line.

Keatley’s missed conversion afforded Tigers some extra breathing room and as the penalty count mounted in Tigers' favour, particularly due to their impressive breakdown physicality, the boots of Williams and Thomas Bell respectively added two further penalties, pushing the visitors out to a deserved 19-31 victory.

Champions Cup Round 3 round-up: With four games remaining (Rnd 2 Stade game yet to be played) Munster are on the same points as Stade Francais with Leicester Tigers on top of the group with three wins from three games. The game saw Niall Scannell make his first Champions Cup appearance while Robin Copeland made his first Champions Cup start for the province. Academy player Rory Scannell was a late addition to the squad with Tyler Bleyendaal ruled out through a quad strain.

Munster now travel to Welford Road for the return fixture next Sunday at 5.15pm. 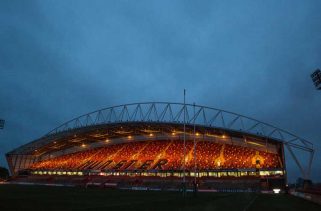 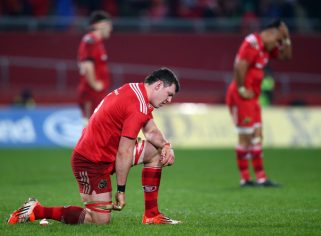