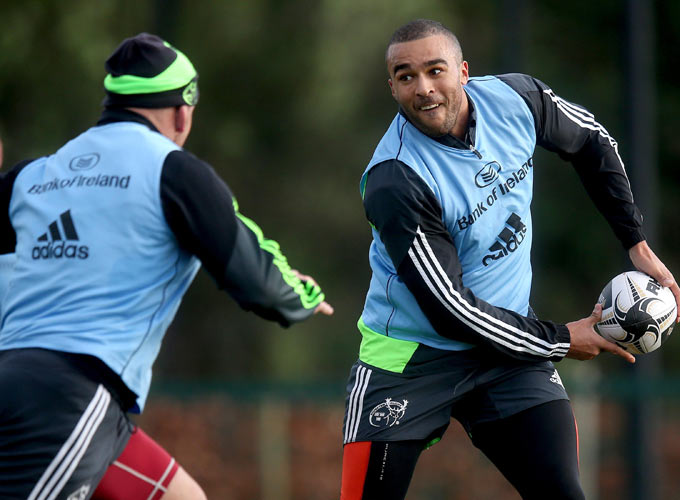 The returning international trio of Paul O’Connell, Peter O’Mahony and Simon Zebo are all named in the starting line-up with O’Mahony back to captain the side.

In the front row BJ Botha trades places with Stephen Archer and packs down next to John Ryan and Duncan Casey, while in the second row Paul O’Connell renews his partnership with Billy Holland.

Holland will make his 100th appearance for the province in Galway since making his debut in September 2007 against Scarlets, and becomes the sixth player in the current squad to reach the milestone.

With the returning Peter O’Mahony at blindside CJ Stander makes the positional switch to 8 and Tommy O’Donnell retains his place at openside.

The changes to the backline see JJ Hanrahan start at 12 for the second time in as many weeks while Simon Zebo starts at fullback for the first time this season.

On the injury front Gerhard van den Heever underwent his knee surgery on Monday and will commence rehabilitation once initial post-op recovery is complete. 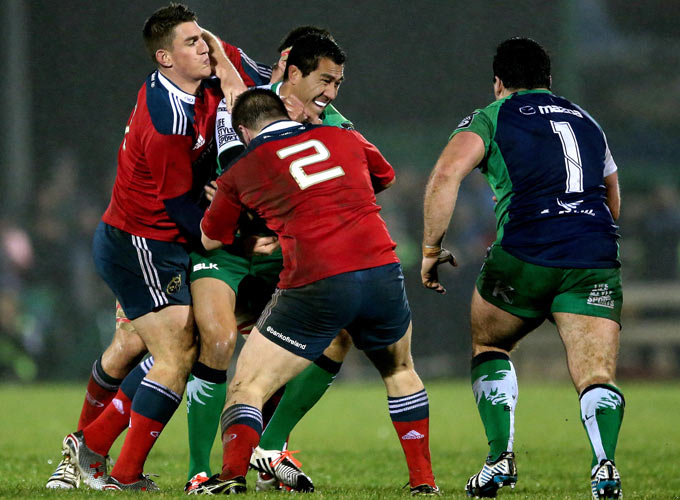 A scoreless second half performance and an excellent Connacht display left Munster coming away empty handed from the Sportsground today.

With a half-time score of 6-17 in Munster's favour the nine point advantage was not enough when the home-side responded with two converted tries from Craig Ronaldson and Aly Muldowney, and a Miah Nikora penalty to give a final score of 24-16.

The driving rain and swirling wind were a challenge for both sides as they battled it out in true interprovincial fashion today.

Munster kicked off with a gale behind them and although it dried up somewhat as the half closed out the swirling wind remained as strong as ever.

A converted try from Captain Peter O'Mahony and two penalties from Ian Keatley put Munster ahead 13 nil after 15 minutes, but a converted Kieran Marmion try on the half-hour mark proved to be a game-changer for the men in green.

Munster out-half Ian Keatley opened the scoring with a well taken penalty after 7 minutes when Connacht were pinged for holding on. The early pressure and possession then produced a Peter O’Mahony try 3 minutes later thanks to a Duncan Casey lineout option finding Paul O’Connell, and the pack mauled their way forward with O’Mahony touching down.

Keatley added a sublime touchline conversion reading the conditions expertly as the ball was guided over by the wind. The out-half then added a second penalty minutes later and the men in red extended the margin to 13 points.

As the game progressed Connnacht clawed their way back in to the encounter when man of the match Robbie Henshaw broke the Munster defence. He seamlessly collected a Craig Ronaldson chip before releasing scrum-half Kieran Marmion who dived over for the home-side’s first try, Ronaldson successfully added the extras.

Connacht continued their attacking form early in the second half with Aki and Henshaw threatening in midfield.
The Kiwi centre was just stopped short of the line before a quick recycle saw out-half Craig Ronaldson crash over two minutes in. Darragh Leader kicked the conversion to further reduce the deficit and the home-side were on the front foot once again.

Replacement out-half Miah Nikora kicked Pat Lam’s men ahead for the first time after 55 minutes when Munster were penalised for straying offside.

Five minutes later the westerners were back in Munster territory after Quinn Roux barged his way through the defensive line. A subsequent scrum and searing break from Marmion provided the platform for Aly Muldowney to muscle his way over for his side’s third try. Leader once again stepped up and kicked the extras, and Munster fell behind by 8 points moving into the closing period. 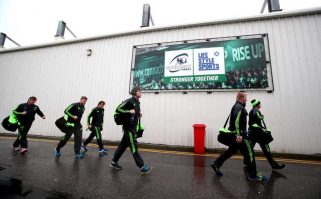 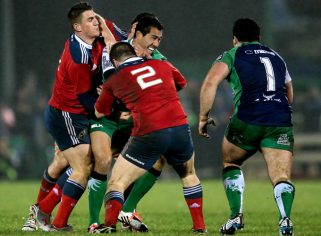