Experience The Key To This One 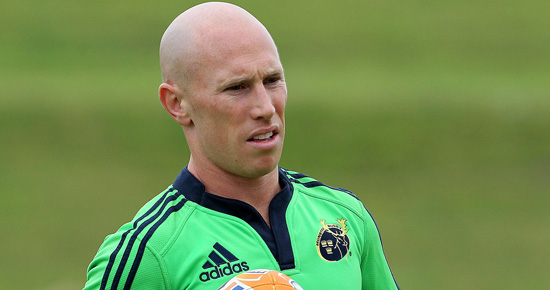 Games between Munster and Scarlets are always close run affairs. Last time the sides met here in Musgrave Park, there was just a point separating them at the end and all the evidence suggests tonight’s affair will go right down to the wire.

Scarlets record against Munster may not be great in recent times but here in November last year it needed a last ditch Denis Hurley tackle to deny Morgan Stoddart and twelve months prior, Munster had to withstand a grandstand Scarlets before claiming the spoils.

Stoddart of course is missing from the Scarlets line-up and from the Welsh RWC squad after sadly sustaining a broken leg against England in the August internationals but Hurley comes back into the Munster side after tweaking a hamstring in the RaboDirect PRO12 opener against Dragons.

Hurley is one of five changes Tony McGahan makes to the side with Tom Gleeson in for the injured Danny Barnes while the other forced change sees Mike Sherry come into the front row between the experienced Marcus Horan and John Hayes, in place of Damien Varley who should be arriving in Auckland Airport soon before kick off.

Other than that it a question of player rotation, Marcus Horan starting ahead of Wian du Preez on this ocasion and Dave Foley in for Billy Holland who's on the bench.

Both sides mix youth with experience, Scarlets have 19 year old Dale Ford at full back and Welsh U20 hooker Kirby Myhill at hooker but both sides retain their back rows from last weekend and this is an area that will have a huge influence.

So too will the half-back pairing, Ruki Tipuna making just his second appearance for Scarlets alongside Dan Newton against Ian Keatley, who was on fire last weekend in Glasgow, and Peter Stringer, Munster's most capped player who this evening wins his 220th competitive cap. 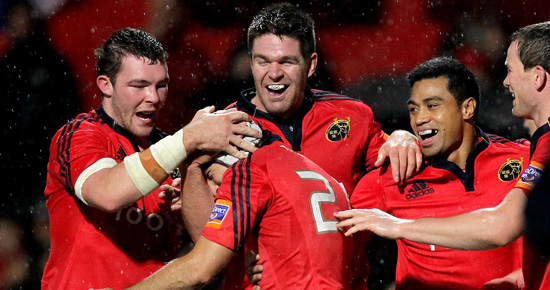 And although the visitors started brightly and opened the scoring with a Dan Newton penalty in the 2nd minute, Munster assumed control of this game soon after and never looked like ceding that control.

Besides the obvious plus of the bonus, it was the third successive game they prevented the opposition scoring a try, closest Scarlets came was early on when Johne Murphy needed to be short to touchdown ahead of Dale Ford following up his own kick ahead.

There was also a return to action for BJ Botha who came on as a 54th minute replacement for John Hayes, an impressive display from Dave Foley, a robust leadership from Peter O'Mahony and a Man of the Match performance from Ian Keatley who ended the night with a 15 point haul and all round assured performance.

Newton kicked Scarlets in front after two minutes before turnover ball on half way gave us the first glimpse of the threat posed by Doug Howlett who was sent clear down the right by Murphy before being bundled into touch.

Keatley leveled in the eight minute and six minutes later Howlett would not be denied again after the Scarlets had turned the ball over and O'Mahony displayed soft hands to deliver the scoring pass although Howlett still had a long way to go.

Keatley landed the conversion and a 21st minute penalty before Munster's total dominance at the set scrum yielded a penalty try, Keatley's tap-over pushing Munster into a 20-9 lead.

Scarlets had the last say of the half with a massive penalty from young full-back Dale Ford to leave Scarlets eleven points adrift at the interval.

Munster's lead was reduced further when Newton landed a 48th minute penalty at which stage Munster had taken their foot off the pedal but their defensive line remained in good nick and once they'd weathered something of a third quarter Scarlet revival, they pushed on for the bonus win.

Duncan Williams, on for Stringer in the 59th minute, scored their third with a great snipe off a close-in lineout and another replacement Tommy O'Donnell showed good pace and no little amount of determination to score their fourth with six minutes left to run. 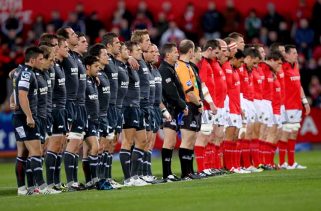 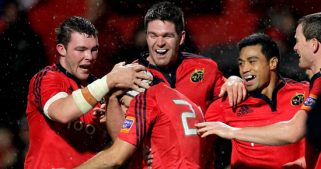