Erasmus Names Side For Cardiff 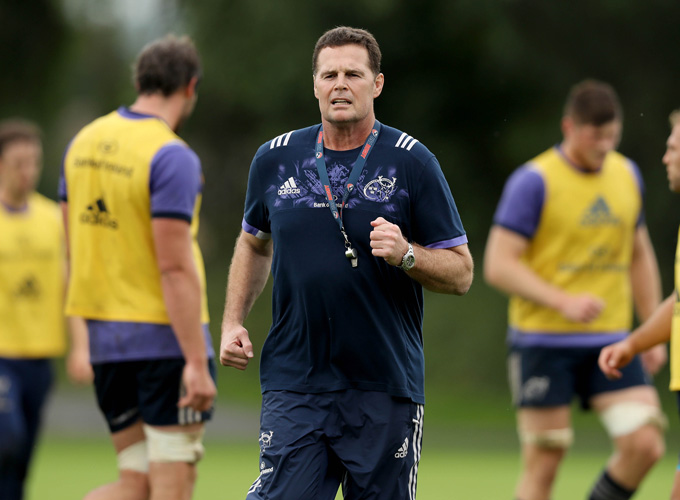 The first change is seen in the half-backs with Ian Keatley coming in to partner Duncan Williams.

Rory Scannell and academy centre Dan Goggin continue in midfield with the final change seen at full back where Andrew Conway makes his first appearance of the season in joining Ronan O’Mahony and Darren Sweetnam in the back three.

Named amongst the replacements, returning international CJ Stander, hooker Duncan Casey and academy full back Stephen Fitzgerald are all in line to make their first PRO12 appearances of the season. Casey spent much of last season rehabbing a pectoral tear and if sprung from the bench will make his first competitive appearance since November of last year.

Tyler Bleyendaal was not available for selection after reporting a mild calf strain. For further injury news please click here.

Kick off your weekend by cheering on Munster under Friday Night Lights! 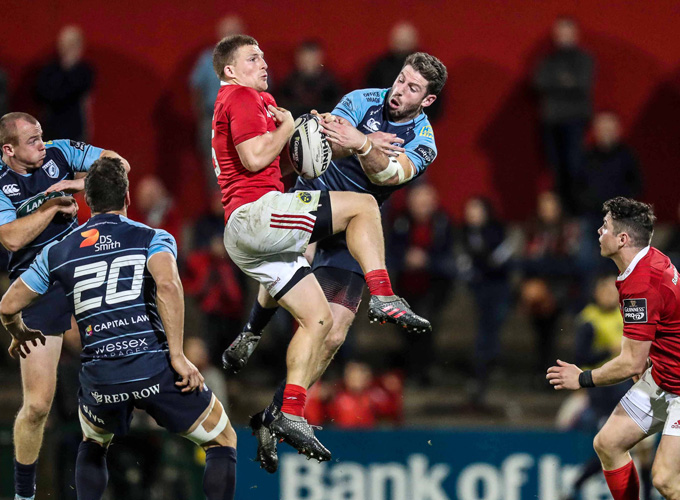 A tense encounter from start to finish, a late Dan Fish try, coupled with some missed opportunities for the men in red, would ultimately be the difference as Munster played out a one-point loss (23-24) to Cardiff Blues in Round 2 of the Guinness PRO12 in Cork this evening.

Cardiff and Munster exchanged tries through Tom James and Andrew Conway respectively before James bagged his second to send the visitors into the interval in the ascendancy. A Dave Kilcoyne try saw Munster take the lead for the first time midway through the second half, but the poor defence late on would allow the aforementioned Fish try spoil the party for the hosts.

It was Cardiff Blues who asked all the early questions with Munster’s defence not as solid as it had been the weekend previous against Scarlets. Varied lines of running and neat offloading from the Welshmen soon began to poke holes. A try saving tackle from Darren Sweetnam saved Munster’s blushes in the first instance, but just minutes later there was little the winger could do when Cardiff executed a three on two overlap and James crossed for the first try of the game on 5 minutes with Gareth Anscombe converting.

The host's reply was swift when Sweetnam, who produced an inspired opening half, did exceptionally well in competing for and winning a kick-ahead from Ian Keatley before offloading in the tackle for Andrew Conway who had a clear run to the tryline in his first game of the season. Keatley made it a full 7 point return and the sides were all square on 10 minutes.

An Anscombe penalty had the visitors out in front again on 15 minutes and Rassie Erasmus’ men won’t have been happy the rising penalty count all game.

That said, Cardiff were forced to concede penalties of their own as Munster looked hugely threatening through the phases each time they entered the visitor's 22. With Cardiff eventually going off side, Keatley levelled affairs on 30 minutes

Bruising their way through the phases, Cardiff looked to have been in for their third not long after, save for the findings of the TMO who correctly adjudged that Gethin Jenkins had obstructed John Ryan from coming into the defensive line – no try.

Munster were however left reeling just before the interval when Cardiff struck with a wonderful pre-rehearsed move off set piece. With ball off the top, centre Rey Lee-Lo carved a gap in midfield all too easily before popping to James on his shoulder and the winger ran in unopposed for his second with Anscombe sending his men to the dressing room with a 10-17 lead.

Well fired up upon the resumption, excellent pressure from Munster soon forced a penalty from the Blues and, sensing a momentum shift, the hosts opted for the corner rather than the posts. However Munster lacked a clinical edge at times in the game, costing them on this occasion as they went off their feet heading for the try line.

On their next sustained attack, Munster made excellent headway into the Cardiff 22, but tired as the phases mounted, and with ten metres still to go, were pinged for holding on.

Yet there was an air of inevitability that Munster would eventually hit their stride and, cheered on by the hugely vocal Irish Independent Park crowd, that’s exactly what transpired. Turning the screw in the scrum, a penalty allowed Keatley make it 13-17 on 54 minutes and soon after, another scum penalty followed by numerous phases right on the tryline from right to left saw Dave Kilcoyne snipe around the fringes for Munster’s second try on 62 minutes with Keatley slotting the extras.

Ironically it was a scrum penalty that gave Anscombe the chance to level matters again on 65 minutes but his effort fell well short on this occasion.

More drama was to follow in what would be the decisive score of the game. Cardiff punished the men in red with an excellent counter attack off a lose Munster kick – neat interplay and offloading eventually finding full-back Dan Fish who dotted down alongside the posts with replacement Steven Shingler adding the easy extras.

Within minutes it was a one point game when, like last weekend, Keatley did extremely well in landing a long range penalty to set up a tense final few minutes. However Cardiff employed tactical game management, keeping Munster pinned in their own half before winning back possession and running down the clock just beyond the half way line.

Guinness PRO12 Round 2 round up: The losing point sees Munster provisionally rise to 5th on the Guinness PRO12 table. A total of three academy players featured in the matchday squad – Dan Goggin, Brian Scott and Stephen Fitzgerald – with Munster fielding an all-Irish starting XV.

Andrew Conway, CJ Stander and Duncan Casey all made their first appearances of the season – Casey his first since November 2015 after returning from injury – while Conor Murray and Keith Earls are likely to return next weekend.

On the injury front, Tommy O’Donnell (head), Rory Scannell (neck) and Dave Foley (elbow) all left the field of play early and will be assessed further by medical staff in the coming days. 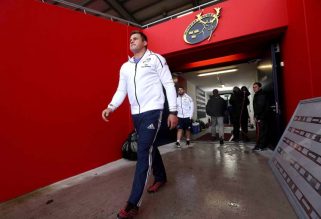 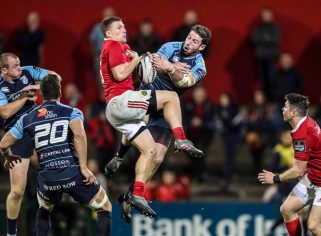