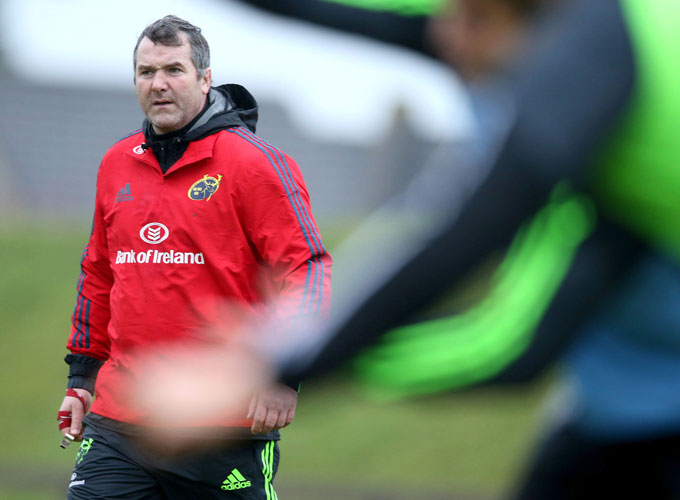 Foley makes eight personnel changes to the starting side that suffered defeat to Clermont last Sunday. In rotating the squad there are five changes to the pack with Kevin O’Byrne and Stephen Archer joining John Ryan in the front row.

Billy Holland is named alongside Paul O’Connell in the second row while Captain Peter O’Mahony is joined by Sean Dougall and Robin Copeland in the back row.

The changes to the backline see Denis Hurley and Pat Howard return as the centre partnership with JJ Hanrahan making the positional switch to out-half this week.

In the final change Johne Murphy starts at fullback and joins wingers Simon Zebo and Andrew Conway in the back three.

This game will be televised on Sky Sports 1 with coverage starting at 2:30pm. 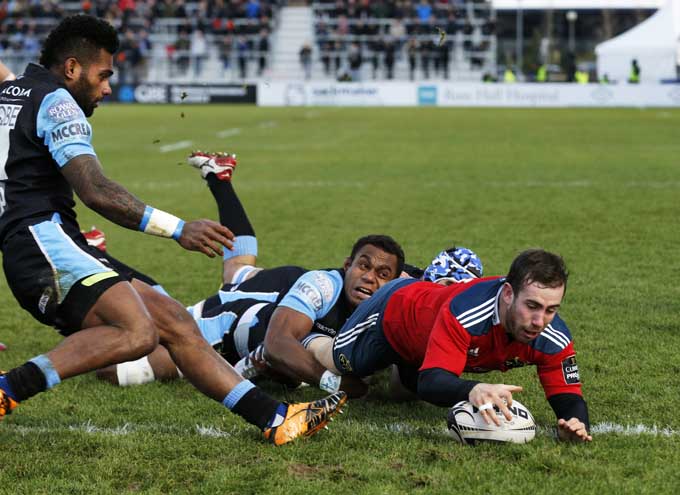 A disappointing second half performance saw Munster cough up a nine point advantage to give Glasgow a 21-18 win at Scotstoun Stadium today.

Despite an opening half of indiscipline Munster were ahead 18-9 at the break in Scotstoun with tries from JJ Hanrahan and Robin Copeland.

There was an early introduction for Felix Jones with Johne Murphy taken off for a blood injury after 4 minutes, and the starting fullback didn’t return to the field of play after sustaining a broken nose.

Glasgow secured the opening penalty after 5 minutes and out-half Finn Russell kicked the first points of the evening.

Munster responded immediately with a JJ Hanrahan try after John Ryan claimed a loose ball and powered into the Glasgow 22. Robin Copeland continued the attack and when Conor Murray provided JJ with quick ball the Kerry-man split the defence to dart over for the first try. He was off target with the conversion.

Russell missed his next shot at goal but made no mistake with the third attempt when Munster were penalised for a maul infringement and the Glasgow lead was restored.

Frustratingly Munster were harshly reduced to 14 men on the 20 minute mark when referee Leighton Hodges deemed O’Connell to be offside at a try-scoring opportunity and issued him with a yellow card. Despite the reduced numbers Munster secured points during that period thanks to a scrum penalty and the boot of JJ Hanrahan.

Both outhalves exchanged further penalties before Robin Copeland scored Munster’s second try after a series of attacking phases ended with the number 8 crashing over from close range. JJ nailed the conversion to put Munster ahead 18-9 at half-time.

An early second half defensive effort denied any Glasgow return but the home-side finally converted their possession in to points when number 4 Leone Nakarawa stretched for the line to touch down after 52 minutes. Russell added the extras to reduce the margin to two points.

Munster were unable to build on the first half performance and add points in the second 40 and JJ’s next two penalty misses proved decisive and costly in the end.

A sustained period of Glasgow pressure was rewarded with a try from man of the match Jonny Gray after 72 minutes. Winger van der Merwe ignited the initial attack when he made a scything run, carving through the Munster defence before being stopped just short of the line.

Russell’s conversion struck the post and he then missed a final penalty kick in the closing minutes to leave the score at 21-18.

The win moved the Scottish side to top of the table, while Munster suffered their first away PRO12 defeat of the season and dropped to third place in the table. 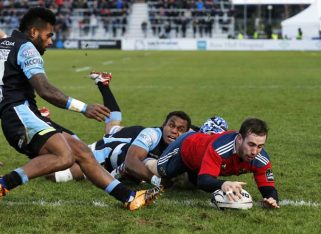