Earls And Murray To Return Against Dragons 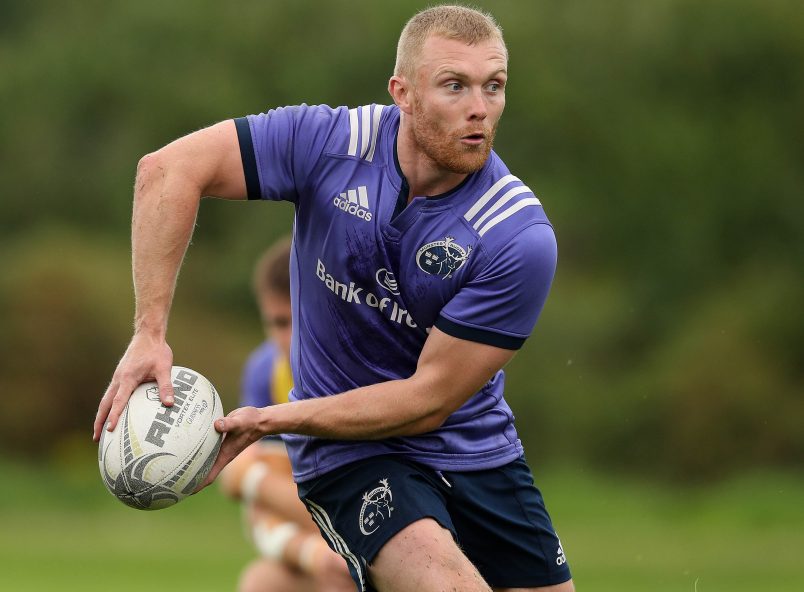 In making six personnel changes to the side that were beaten by Cardiff Blues last week, named in the starting XV are returning internationals Conor Murray and Keith Earls, while Ireland colleagues Donnacha Ryan and CJ Stander also make their first starts of the season.

The side includes a number of new combinations with Jean Kleyn and Donnacha Ryan packing down in the second row, Conor Murray and Tyler Bleyendaal in the half-backs, and Dan Goggin and Keith Earls in the midfield partnership, all starting alongside each other for the first time.

It’s a case of as you were in the front row with James Cronin, Niall Scannell and John Ryan starting together for the third successive round. Last week's back three of Ronan O’Mahony, Darren Sweetnam and Andrew Conway also remain in situ.

Colm O’Shea has been named among the replacements and is in line to make his first appearance for the province if sprung from the bench.

This game will be televised on Sky Sports.

Next Home Game:
Munster play their first game at Thomond Park this season against Edinburgh on Saturday week, September 24, in Round 4 of the Guinness PRO12 (3pm).

Munster Grind Out The Win In Wales 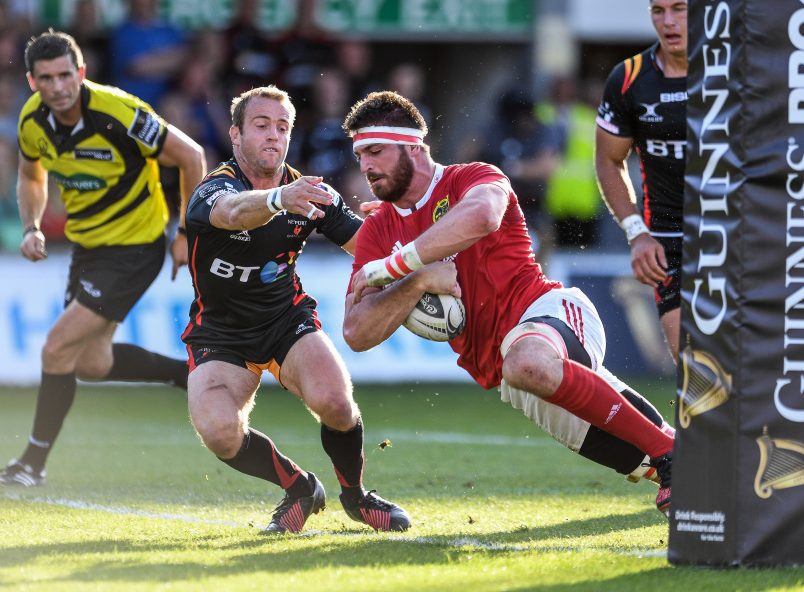 Director of Rugby Rassie Erasmus once again noted "it wasn’t pretty, but again the side showed guts" in referring to this evening’s performance and the four points secured in sunny Newport.

A dominant scrum was the difference in today’s hard-fought encounter that saw Munster hold on for a 20-16 victory.

Both sides were forced to make changes to their match-day 23’s with Keith Earls withdrawn after reporting a tight hamstring, while Dragons’ out-half Nick MacLeod sustained an ankle injury in the warm-up.

Colm O’Shea came in at 12 for his first start for the province with Dan Goggin switching back to outside centre, and Cian Bohane was added to the bench.

It was Bohane’s second-half try that helped Munster to their second win in Wales in a fortnight.

In looking to pin the Dragons back Munster were applying the pressure early-on, and although on the front foot the men in red were unable to capitalise further with the sides level 10-10 at half-time.

Despite controlling the game Rassie's men were unable to take the opportunities from superior possession and as simple errors began creeping in Newport fought their way back.

As strong ball carrying and the scrum were proving most effective, it was the set-piece that provided the first opportunity for points with Tyler Bleyendaal kicking a penalty after 10 minutes.

However indiscipline was also a factor during that first quarter and minute’s later out-half Angus O’Brien kicked the sides level after Munster were penalised for not releasing the player.

On making his first start for the province it was Jean Kleyn who powered over for the opening try folllowing a phase of direct play in the opposition 22. Conor Murray passed to CJ Stander who popped the ball to his fellow South African, and with a gap in the defence the 6’ 8” lock charged for the line. Bleyendaal added the simple conversion.

Dragons responded just after the half-hour mark when Hallom Amos ran in an intercept try after he picked off Colm O’Shea’s pass to Dan Goggin, and with O’Brien kicking the extras there was nothing to separate the sides come the half-time whistle.

Early in to the second forty both out-halves exchanged further penalties, each awarded at the breakdown, before O’Brien gave his side the lead with a successful 40m kick after Munster were penalised for off their feet.

The province produced a second try off the back of a well-worked move that saw Murray make the initial pass inside to O’Mahony who flashed it out wide to Sweetnam. In his effort to run deeper inside the goal-line, a lapse in concentration saw the Cork-man spill the ball backwards and fortunately Cian Bohane was on hand to react quickest for the crucial five points.

The conversion was added by Bleyendaal and the province moved ahead by four with 25 minutes remaining.

The hosts mounted a final attack in the dying minutes however the Munster defence held firm and denied Dragons any return for their efforts.

PRO12 Round 3 round-up: John Ryan was deservedly named man of the match after his stand-out performance. Three academy players featured with Dan Goggin starting and Brian Scott and Conor Oliver on the bench. Jean Kleyn, on making his first start, scored his first try for the province, as did Cian Bohane. Conor Murray who made his return to provincial action played the full 80 minutes in making his first appearance at Rodney Parade in six years. Today marked the first back-to-back away victories on Welsh soil since November 2014. 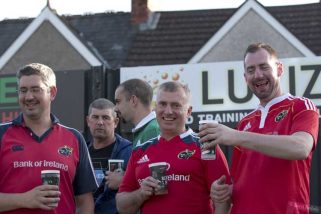 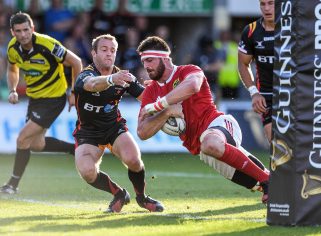 Munster Grind Out The Win In Wales