Dragons Have Targeted This One 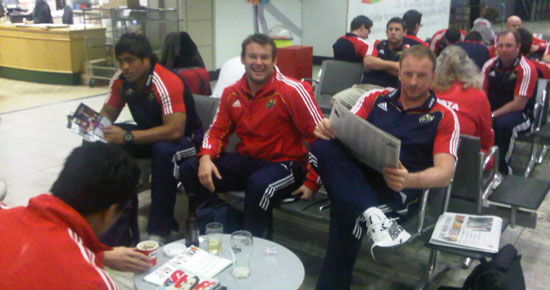 With a top four finish and a place in next season’s Heineken Cup Heineken Cup in mind, Newport Gwent Dragons have targeted this evening’s clash with Munster (6.30) as a must-win game.

Their 22 year old full-back Martyn Thomas speaking to Chris Kirwan in the South Wales Argus said, ""We have targeted this game and need the victory if we are to move up the table and target the top four and keep the fans happy."

And Thomas is expecting to have to deal with an aerial bombardment given the presence in the Munster side of Ronan O’Gara. "Munster did challenge us with the high ball in Cork and we are well aware of it. Hopefully we have put a few things in place that will sort that out and it is a part of the game that you have to enjoy as a full-back.

"Kicking has become more and more important so you are always preparing for a high ball and looking out for who is coming towards you.

But I am a firm believer in heads-up rugby and if I have the chance to run it back I will have a go.

"I am an attacking full-back and it is an asset that I like to use. I feel I have the ability to run the ball back and beat defenders.

Just eight points separate Ospreys in first from Dragons in seventh in what is turning out to be an ultra competitive League and whatever about ambitions for eventual honours, qualification for Europe next season is an added incentive for Dragons this evening.

Munster’s need is different but just as great. Their record on the road has not been good in this competition and if they are to be in the shake up to retain their title they need to correct that now.

Despite the absence of eight front-liners they still have a strong side that will benefit greatly from the presence of Ronan O’Gara to direct things from out-half. He’ll have loads of experience around him with the exuberance of youth provided by Billy Holland and from the bench if required, Ian Nagle, Duncan Williams, Scott Deasy and Ciaran O’Boyle.

O’Boyle will harbour mixed feeling about this tie. Last season, playing in only his second competitive game for Munster he sustained an injury – having scored a superb try – that has kept him on the sidelines of the senior squad until today. 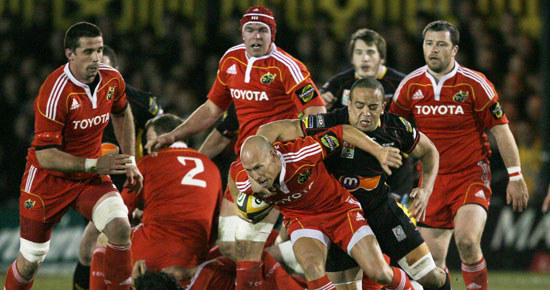 Munster travelled to Rodney Parade knowing that a win would send them to the top of the table but they produced a huge below par performance to leave with nothing at all and and complaints about that either.

They gave as good as they got in the opening half and although they trailed 13-7 at the break seemed well in contention although knowing they needed to come out of the traps fast in the second half.

Instead it was the Dragons who immediately upped the ante with a well worked Will Harries try that Jason Tovey converted and although Tommy O’Donnell offered some hope of a comeback with a try in the 46th minute, the Dragons continued to make the most of their opportunities while Mnster continued to rack up the errors.

Tovey kicked a 49th minute penalty that Ronan O’Gara cancelled out six minutes later but Dragons hammered in the final nail with a try from Martyn Thomas with 15 minutes remaining.

Tovey added a further penalty and although Tony Buckley scored just at the end, it cant have acted even as a consolation to a well beaten Munster team. 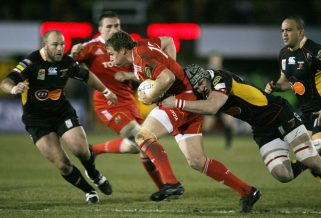