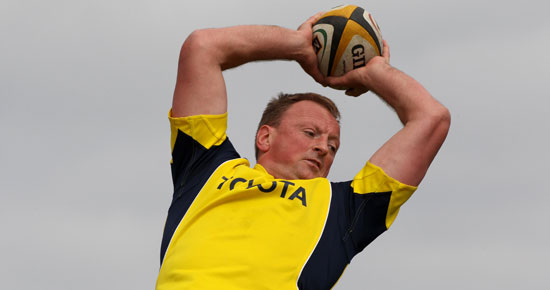 With six teams still in contention for the knock-out phase, this evening’s penultimate Magners League game is simply a win or bust for both sides.

For their part Ospreys travel with a full complement, with no distractions having exited the Heineken Cup at the quarter final and a clear ambition to atone for the disappointment of that defeat in Europe by winning the Magners League title.

The six changes they make from the side that lost to Leinster includes the return of Tommy Bowe, Lee Byrne, James Hook and Mike Phillips in the backs and Ryan Jones and Jonathan Thomas in the pack. And as statements of intent go, that a pretty clear one.

Munster also re-introduce some of their international contingent although there’s no sign of Paul O’Connell, Keith Earls, Ian Dowling or Doug Howlett but the master orchestrator Ronan O’Gara is included alongside Tomas O’Leary behind a hardened pack that once again will be led by Mick O’Driscoll who’s under no illusions about the task this evening.

"There’s no margin of error left for us. None at all." he says. " We want a home semi-final and if you take Leinster out of it, that leaves five teams looking for three spots. If we beat Ospreys and Cardiff, we are guaranteed a home semi-final. That’s what we’re after.

"A win tonight probably gets us a semi-final spot against someone. But Ospreys only lost by a point in Biarritz. We know each other inside out. They defend slightly differently to other teams and their counter-attack is massive. So they’re the two areas you concentrate on when you take on a side like the Ospreys. But it’s going to be a very tough game."

Munster Must Look To Others 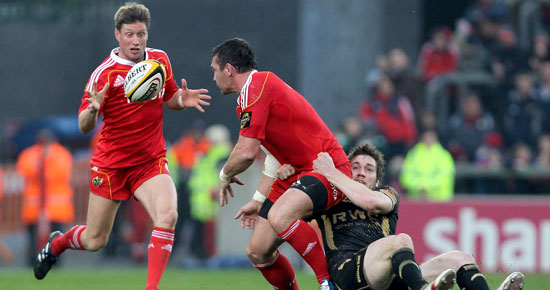 Defeat to Ospreys in the penultimate Magners League game leaves Munster looking to others to help them claim a semi-final place.

And that starts today when Ulster play Edinburgh in Murrayfield where an Ulster win would prove a real bonus to Munster as they chase an away semi spot.

In Thomond Park Stadium on Saturday evening, after the British & Irish Cup side had qualified for the May 16th final, Munster came up short despite a brave come-back and last gasp assault on the Ospreys line.

Although enjoying territorial advantage in the opening and playing all of the rugby they still went in at half time trailing 6-3, Dan Bigger outscoring Ronan O’Gara 2-1.

Munster went further behind at the start of the second half, Bigger on the mark again in the 42nd and 47th minute and Munster looked in serious danger of a tonking when Bigger kicked his five successful penalty in the 51th minute for an offence that saw Munster reduced to 14 when James Coughlan was yellow carded.

To their credit however they claimed their way back into contention with an O’Gara penalty in the 54th minute and then a sublime move involving Scott Deasy that saw O’Gara crash over for a try wide on the right at the Ballynanty end.

He missed the conversion which meant they needed a try to win and they almost snatched that at the death when a series of drives were repelled and a knock-on heralded the final whistle.

If there was a consolation out of this for Munster it was the return to form of Lifeimi Mafi and the return to action of Denis Hurley who impressed when he came on as a second half replacement. Added to that is the continuing good impression being made by Deasy and Tom Gleeson who growing into this squad with every passing game. 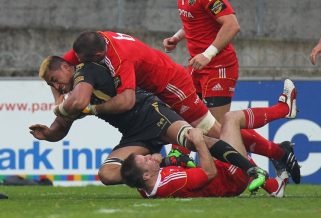 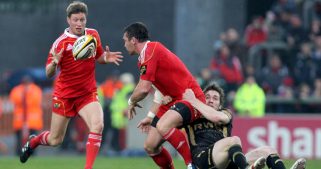 Munster Must Look To Others