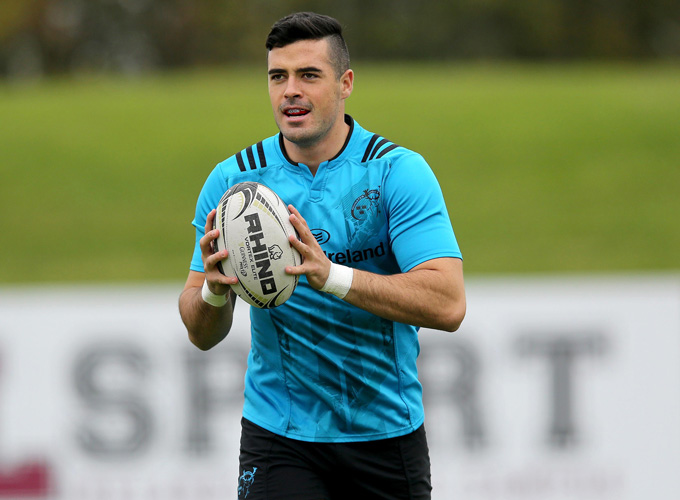 Head Coach Anthony Foley makes eight changes to the starting XV that defeated Cardiff Blues for tomorrow night’s Round 5 clash away to Scarlets in the Guinness PRO12. Jordan Coghlan will make his first competitive start for Munster while Ronan O’Mahony is included in a matchday squad for the first time this season.

The only change in the front row comes at hooker with Duncan Casey joining Dave Kilcoyne and BJ Botha, while in the second row Mark Chisholm moves to 5 with Robin Copeland making his first second row start for the province.

Following a try scoring performance last weekend, Jordan Coghlan makes his first PRO12 start for Foley’s men at openside with Dave O’Callaghan and number 8 CJ Stander completing the back row. Stander will once again captain the side for this weekend’s game.

A further five changes are seen across the backs. Cathal Sheridan and Tyler Bleyendaal come in at half-back while Denis Hurley makes his first start of the season in forming a new centre partnership alongside the academy’s David Johnston.

The final change comes in the back-three with academy winger Stephen Fitzgerald starting on the right wing with Gerhard van den Heever and Andrew Conway remaining in situ on the left wing and full-back respectively.

Having successfully completed his rehabilitation, Ronan O’Mahony is in line to make his first appearance of the season after being named amongst the replacements.

In other news, Munster Rugby can confirm today that Uruguayan prop Mario Sagario has signed a three-month contract with the province.

Sagario, who trained with the squad this week in Limerick and Cork, most recently started in all of Uruguay’s Pool A World Cup games and has made 51 appearances for his country. The 29-year-old tighthead formerly played with French Pro D2 sides RC Massy and Dax.

Munster were denied a rare away victory at Parc y Scarlets this evening with the final five minutes proving costly and the home-side moved to top of the table making it five wins from five with a 25-22 score-line.

Munster led by 7 points at the break thanks to two Ian Keatley penalties and a converted try from Andrew Conway.

But a second half fight back and poor Munster discipline allowed the Welsh side to stay in touch, and two final Steven Shingler penalties were enough to clinch victory at the death.

With Munster on the attack in the opening minutes Scarlets were unable to clear the ball from inside their 22 and a resulting Munster scrum penalty gave Ian Keatley his first kickable chance at goal.

Scarlets looked to reply but left two scoring chances behind, first with a missed penalty attempt, followed up by a certain try only for a spilled ball from Shingler just before the line. Canadian international DTH Van Der Merwe made the initial scintillating break opening up the Munster defence 20 minutes in.

It was the Anthony Foley coached side who executed the next scoring opportunity thanks to an impressive solo effort from Andrew Conway who followed up on his own kick chase from just outside our 22 to dive over and ground the ball with his forearm. Keatley added the extras to stretch Munster’s lead by 10 points.

However, the Welsh no. 10 was afforded a further chance to reduce the deficit when Munster were penalised for driving up in the scrum in the final play before the interval.

The home-side were first out of the blocks in the second half when Van der Merwe dotted down in the corner and the Scarlets moved within two points after 42 minutes. Shingler was off target with the conversion and Munster held their advantage before Keatley extended it futher after converting his third penalty from the tee.

But the Welsh outfit did pull level after 53 minutes when replacement Tom Williams pounced on a defensive error and touched down in the corner following the TMO's consutlation for the third time of asking.

The same player saw yellow moments later for a high tackle and in the meantime, Scarlets flanker Lewis Rawlins needed to be stretchered off.

Munster were unable to make the numbers advantage count with both outhalves exchanging kicks during the sin binning period. Keatley nailing a drop-goal before Shingler sent a penalty over to level the sides once again with 20 minutes remaining.

Keatley missed long-range penalties either side of the dropgoal but made no mistake when clearing a huge 50-metre penalty to put Munster just in front heading into the closing minutes.

But Scarlets had other plans and had the final say with Shingler kicking two successive penatlies, the latter a monster kick under pressure to secure a thrilling victory with the clock deep in red.

Round 5 PRO12 round-up: Tyler Bleyendaal was a late withdrawal due to pulling up with a tight quad during the warm-up. Ian Keatley started at 10 with Rory Scannell coming into the replacements. It was Jordan Coghlan’s first start for the province while Ronan O’Mahony saw his first action of the season coming on in the second half for Stephen Fitzgerald. 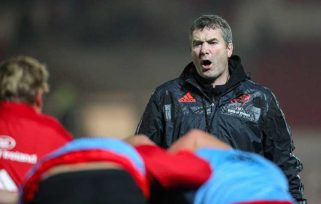