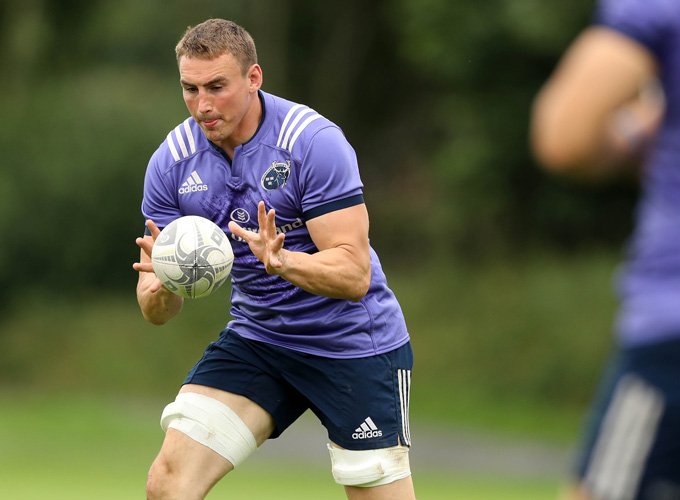 Following the successful rehabilitation of an ACL rupture sustained in Ireland’s historic World Cup win over France last October, O’Mahony will hope to see some game time after being named amongst the replacements.

In terms of starting XV changes, Simon Zebo has overcome a rib injury while Tommy O’Donnell has now completed return to play protocols for concussion and will start at fullback and openside respectively.

Front rowers Duncan Casey and Stephen Archer make their first starts of the season with Jaco Taute to make his Munster debut from the start after being named at inside centre.

A late withdrawal from last weekend’s win over Edinburgh, Donnacha Ryan has recovered from illness to form a brand new second row partnership with O’Shea. In doing so, Ryan will win his 150th Munster cap and is the first member of the current squad to reach the milestone.

With Wootton named on the left wing, the final change to the starting XV is a positional one where captain Billy Holland switches to the back row.

In contract news, Munster Rugby can confirm that former Leinster academy player Steve Crosbie has signed a three-month development contract and will join the province at the start of October. The 23-year-old outhalf made two PRO12 appearances during his time in the academy and represented Ireland U20s during the 2013 6 Nations and World Championship.

Please note this game will not be televised.


Tickets can be purchased online here, at the Munster Rugby Ticket Offices in Irish Independent Park and Thomond Park, or at the ground on matchday. 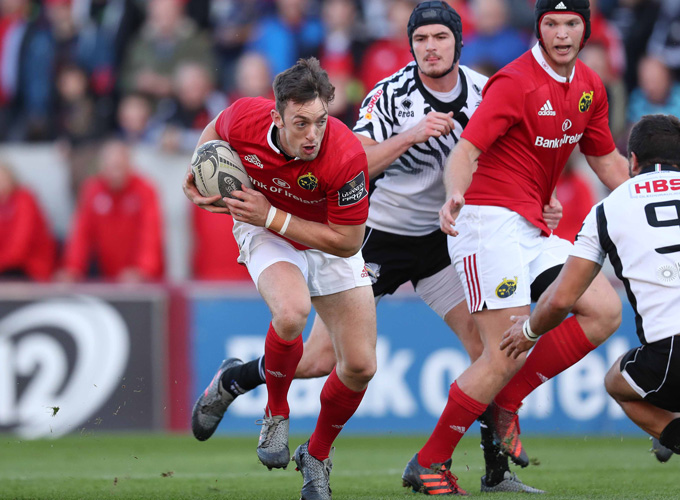 Munster tonight scored seven tries in running out comprehensive 49-5 winners over Zebre in round 5 of the Guinness PRO12 at Thomond Park, a win that sets them up nicely for next weekend’s showdown with Leinster at the Aviva Stadium.

A blistering opening half saw Munster secure the try bonus point in as little as 31 minutes. Excellent Munster pressure coupled with some porous Zebre defending allowed Munster the space to impress with ball in hand. Excellent interplay between both backs and forwards asked plenty questions of the visitors and gave the Thomond Park faithful plenty to cheer about.

Munster headed into the interval leading 28-0 and were full value for it with man of the match Darren Sweetnam, Conor Murray, CJ Stander and Simon Zebo all crossing in the opening half with Tyler Bleyendaal making it four from four in his conversion stakes.

More of the same from Munster in the second half and, along with a penalty try and further tries from Stephen Archer and Stander, the crowd was given even more reason to cheer when Peter O’Mahony made his long awaited return to action on 59 minutes. In converting each of the second half tries, replacement Ian Keatley surpassed 1,000 points scored for Munster across all competitions – he has now scored 1,001 points in the red jersey.

See interviews with O’Mahony and Sweetnam below.

Munster came out of the blocks at full pelt, a Billy Holland lineout steal on halfway putting Munster on the rampage as Zebre struggled to cope with the pace and intensity of their hosts. Strong carries from Stander and Murray in particular brought Munster closer and closer to the whitewash before the numbers advantage saw Sweetnam dot down for the opening try on two minutes with Bleyendaal kicking the extras, albeit with the assistance of the upright.

A scrum penalty presented Carlo Canna with Zebre’s first shot at goal on the ten minute mark, however the Italian international was unable to take advantage of the strong wind at his back, pushing his effort to the right.

An excellent break from Tommy O’Donnell off an Archer pass brought Munster well inside the Italian 22 before offloading to Earls who jinked inside the Italians before finding Archer again on the 5m line. Going through the phases, Munster were held up over the line but Giovanbattista Venditti intercepted an Earls pass as Munster attempted to go wide off the 5 metre scrum. However Sweetnam saved the day, showing blistering pace to haul the Zebre winger down and force the turnover.

In a pulsating passage of play, Munster brought possession back up to the Zebre tryline where relentless pressure forced another penalty from the visitors. Securing set-piece possession, Munster were clinical in the maul before Murray sniped at close range for the province’s second on 22 minutes with Bleyendaal adding the extras.

Munster showed some sublime interplay all game, from 1 to 15. Case in point was O’Donnell, Bleyendaal and Simon Zebo linking up to put Munster in the right area of the field once again. Soon after, as Zebre attempeted to leave their 22, Stander charged down and gathered to cross for Munster’s third. Bleyendaal slotted the extra two points.

The try bonus point was bagged on 31 minutes. In a game where Munster’s play was pleasing on the eye, this was perhaps the standout score. Intercepting Zebre’s attack just outside the Munster 22, Bleyendaal made good yards before finding Sweetnam who produced an excellent offload in the tackle – fast becoming his trademark – for Murray who then chipped ahead for Zebo and there was no catching Munster’s all-time record try scorer as he raced in for his 46th Munster try in total.

Bleyendaal made it a full seven-pointer to send Munster into the dressing room with a 28 point advantage.

Munster, and Sweetnam, continued from where they left off upon the resumption and Zebre were dealt a double blow on 52 minutes. Chasing his own kick-ahead down the right flank, Sweetnam was tackled without the ball just yards from the line, end result being, the tackler Gideon Koegelenberg saw ten in the bin and Munster were awarded the penalty try which replacement Keatley converted.

Keatley was instrumental in Munster’s sixth, stepping inside a gap in the Zebre defence and finding the charging Archer who would not be stopped at close range. Keatley knocked over the easy extras.

Zebre did eventually register a score on 72 minutes after working an overlap on the right wing. Gabriele Di Guilio touched down but it was scant consolation for the Italians who were thoroughly outplayed on the night.

A Duncan Williams break provided the catalyst for Munster’s icing on the cake. With less than two minutes to go, sniping round the fringes, the scrum half offloaded beautifully to Stander who crossed for his second try. In adding the conversion, Keatley made it a clean sweep from his boot also.

Guinness PRO12 Round 5 Roundup: The win sees Munster provisionally climb to the summit of the Championship table.

The outstanding Darren Sweetnam deservedly picked up his first man of the match award with Ian Keatley’s second half conversions seeing him surpass the 1,000 points scored mark for Munster across all competitions.

Returning from a long term ACL injury sustained in Word Cup action with Ireland, Peter O’Mahony made his first Munster appearance since May of last year, Springbok international Jaco Taute made his debut for the province while, Darren O'Shea and Alex Wotton were handed their first competitive starts.

It was also a milestone night for Donnacha Ryan who became the first player of the current squad to reach 150 caps for Munster.

In total Munster included 12 internationals in this evening’s matchday squad. 17 players were products of the Munster age grade and academy pathways while current academy member Conor Oliver was included in his third straight PRO12 clash.

After the game, MunsterRugby.ie caught up with O'Mahony and Sweetnam. 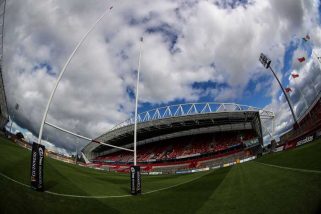 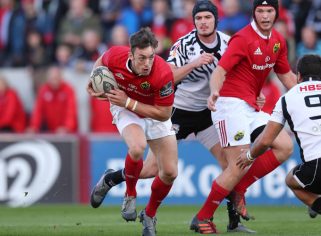