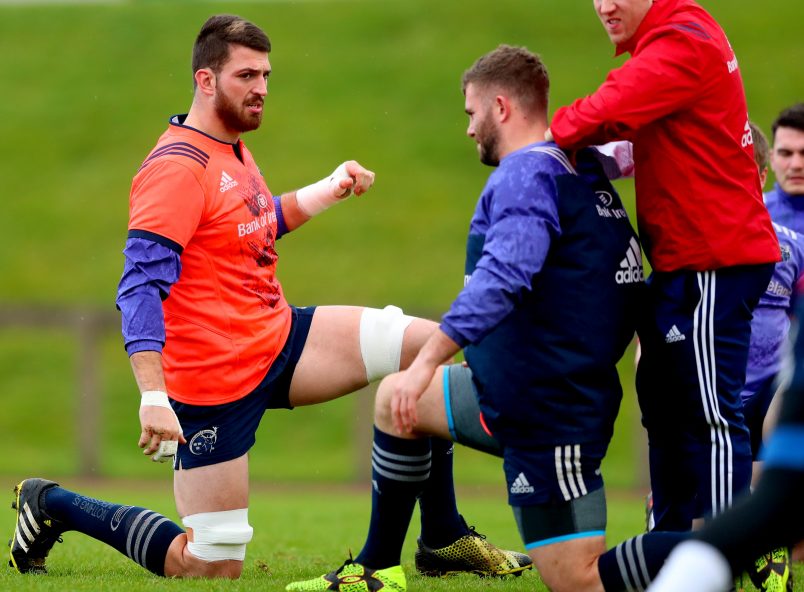 Director of Rugby Rassie Erasmus has named his match-day 23 for tomorrow’s round 5 Champions Cup game against Glasgow Warriors at Scotstoun Stadium (5.30pm).

There are four changes to the side that defeated Racing 92 last weekend with three in the pack and one in the backline.

In the front row loose-head prop Dave Kilcoyne starts this weekend with Niall Scannell and John Ryan continuing at hooker and tight-head respectively.

Behind them sees Donnacha Ryan switch sides in the second row with the Tipperary lock joined by Jean Kleyn, who has overcome last week’s illness to make his first European start for the province.

Jack O’Donoghue takes the place of the injured Tommy O’Donnell in the back row as captain Peter O’Mahony and CJ Stander continue at blindside and number 8.

Conor Murray and Tyler Bleyendaal are again the half-back pairing, with no change to the midfield partnership of Rory Scannell and Jaco Taute.

The final changes sees Keith Earls start on the wing this week joining last week’s try scorers Andrew Conway and Simon Zebo in the back three.

Player injury update – Tommy O’Donnell, who sustained an ankle sprain against Racing 92 will continue to be observed by the medical team, however it is hoped the injury will only require a short-term rehab.

Robin Copeland was not available for selection this week after sustaining a thumb injury against Doncaster in the B&I Cup game last week. The back row will undergo surgery next week and is expected to be ruled out for 6 to 7 weeks.

It has also been confirmed that Sam Arnold, who sustained a knee injury in the same Munster A fixture, will be sidelined for approximately 8 weeks. 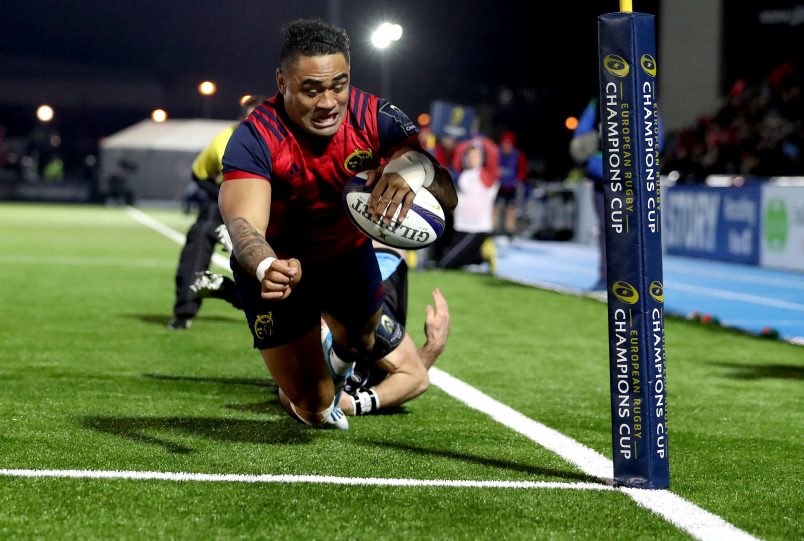 Munster qualified for the quarter-finals of the Champions Cup as Pool 1 winners thanks to Francis Saili’s late try and the boot of Tyler Bleyendaal at Scotstoun.

A second win away from home in a week confirmed Munster’s place in the last eight, but only after a ferocious battle between two quality sides in Glasgow.

For long periods it seemed as if the teams’ kickers might be the match deciders as Bleyendaal, Finn Russell and Stuart Hogg went tit-for-tat in a penalty kick competition, but in the end a first try for Saili in Europe gave Rassie Erasmus’ side the crucial victory.

The set-piece was a real hot bed of activity throughout, and after 13 minutes Glasgow Warriors took the lead when they earned a penalty from a Munster scrum, which Russell kicked from the right for a 3-0 lead.

Three minutes later another Munster scrum saw the penalty go the other way on the halfway line, but Bleyendaal’s kick dropped just short.

But the New Zealand native soon drew Munster level from close range when Lee Jones was penalised for a high tackle on Keith Earls deep in Warriors territory.

From the start this was a hugely physical battle with some excellent play at the breakdown from both defences making quick ball a premium. But it wasn’t until the 32nd minute that this bore fruit when Warriors earned a penalty in their own half, which Hogg drilled over from more than 50 metres.

That 6-3 lead only last two minutes though, and Munster drew level again when Josh Strauss was caught offside and Bleyendaal kicked the penalty, made easier due to dissent from the Warriors No 8.

Hogg was unable to add another long-range kick just short of half-time as the sides went in level at 6-6, but seven minutes after the resumption Russell gave his side the lead when Andrew Conway didn’t roll away from the tackle after he initially did well to halt Tim Swinson near his own try-line.

Again, the sizeable Munster contingent at Scotstoun didn’t have long to wait for the equaliser, which came from another Bleyendaal penalty, but a big carry from Jean Kleyn did all the damage for the visitors.

With the game in the balance every error could prove fatal, and it seemed as if CJ Stander could have been the villain for once when he infringed at a Warriors maul on the left, and Russell kicked the three points on offer to take the lead again.

But that ended Glasgow’s scoring as Munster went on the attack. Nine minutes from time Conway looked certain to score in the corner for Munster, only for Hogg’s high tackle to deny him. The Scottish full-back was yellow carded for the offence, and instead of going for the posts from an acute angle, Bleyendaal pushed Munster into the corner.

The initial drive was halted by some good maul defence from Glasgow, but two long passes from Conor Murray and Bleyendaal found Simon Zebo wide on the left. He stood up the covering defender and passed to Earls as he cut back towards the posts, but Saili looped around the outside again to score brilliantly in the corner.

Bleyendaal was narrowly wide with the sideline conversion, and Munster were forced to defend their two-point lead late on, but they held solid to reach the last eight for the first time in three seasons.

Munster return to Thomond Park for their final pool game against Racing 92 on Saturday the 21st (5.30pm) with the remaining tickets on sale here. 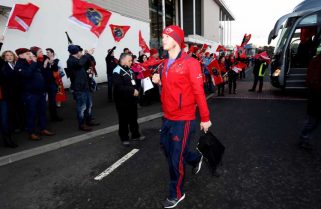 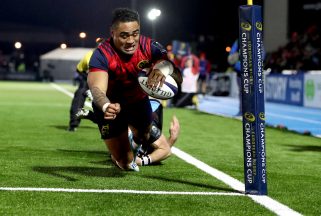 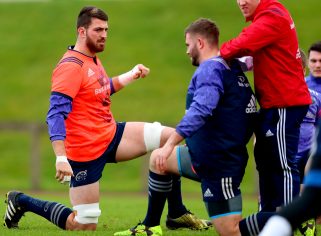 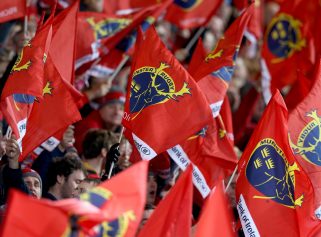