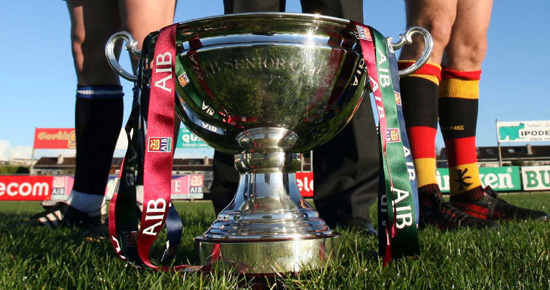 There are semi finals in three Cup competitions down for decision this weekend, together with postponed A.I.L. matches and games in the Munster Junior League and Junior Plate.

In the A.I.B. All Ireland Senior Cup semi finals, Cork Constitution and Garryowen both have away ties and if they win their respective encounters they could set up repeat pairings of the last two All Ireland Division 1 League finals, in which the honours were evenly shared.

The Lilywhites travel to Limerick to take on struggling Young Munster and they should expect a tough encounter as ‘Munsters are a good Cup side and they already defeated Con’ 21-16 at Temple Hill in the League back in October.

Garryowen make the long journey across the border to take on Ballynahinch and the County Down side will be seeking to take another first division scalp, as they already accounted for Shannon and Galwegians in this Cup campaign.

In the first division of the A.I.L. fifth-placed Dolphin travel to the Capital to take on bottom side Terenure College at Lakelands Park and the Cork side will be aiming to pick up maximum points as they seek to keep their semi final aspirations on track.

There are two Cork sides away to Dublin opposition in Division 2. Second-placed U.C.C. take on struggling Wanderers at Merion Road knowing that a win will see them leapfrog leaders Lansdowne into pole position.

The other Dublin v Cork encounter sees Highfield travelling to take on Dublin University at College Park, where there is nothing more than pride at stake.

In the semi finals of the All Ireland Junior Cup back-to-back Munster Junior League champions Cashel take on Tullamore at the Offaly venue, in what is a busy time for the Tipperary Club as they also have an A.I.L. Round-Robin campaign in the weeks ahead.

The first of the Munster Junior Cup semi finals sees Tralee travel to Limerick to take on U.L. Bohemian at Annacotty.

U.L. Bohemian dethroned holders Cork Constitution, against whom they have not had the best of results, when they defeated the Lilywhites 20-11 at Temple Hill in the quarter final.

The Kerry side will relish the challenge as they consolidated their first division status by finishing third, following last year’s promotion and they have proved to be a difficult side to beat all season.

Skibbereen travel to Limerick to take on Young Munster at Tom Clifford Park in the Munster Junior Plate. Young Munster recorded a narrow 13-10 away win over Newport last time out, while Skibb’s last game in knock-out competition was in February when they defeated Clanwilliam 34-11.

The only game of the day in Division 1 of the Munster Junior League sees the bottom two sides Newport and Bandon go head to head at the Tipperary venue and a victory for the home side will consign Bandon to second tier rugby for next season.

In Division 2 St. Senan’s host Charleville at Jimmy Slattery Park and a win is vital for the Clare side if they are to move into second place and continue their challenge for the second promotion spot with Ballincollig. A defeat for Charleville, for whom this is the final League game, could spell Third Division rugby for next season.

Clanwilliam and Newcastle West have to gain maximum points from their respective matches to keep their slim mathematical promotion aspirations on track and hope that ‘Senan’s slip up against Charleville or Muskerry, but this is highly unlikely.

Youghal entertain Newcastle West at Frogmore and maximum points are vital for the East Cork side if they are to avoid a second successive relegation.

Fellow strugglers Mallow are also in a must-win situation as they take on Clanwilliam at St. Joseph’s Road.

In Division 3 Section A third-placed St. Mary’s can leapfrog Limerick City neighbours Presentation into second place with a home win over bottom side Scariff, while Kilrush will be seeking to keep their slim outside chances of qualifying for the semi finals on track if they can pick up maximum points from their home tie against leaders Castleisland.

The only other game in this group sees Killarney, who have been on a good run lately with their recent Junior Plate victory against Shannon, entertain near neighbours Killorglin in a Kerry derby with nothing more than local pride at stake.

The only game in Section B sees Galbally bid to keep their semi final aspirations on track and leap frog Douglas into second place behind runaway leaders Carrick-on-Suir, with a home win against Waterford City.

Brosnan Back in Starting XV