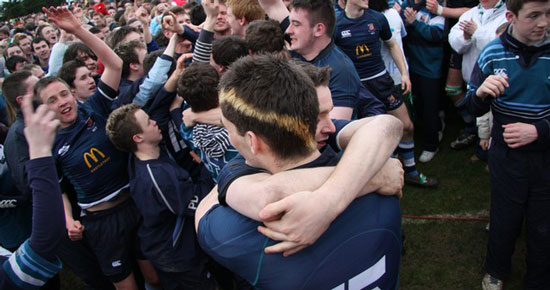 There is plenty of schools rugby action on offer today (Wednesday) as the four quarter finals of the Avonmore Milk Munster Schools Senior Cup take place, as well as one quarter final in the Junior Cup competition

Holders Castletroy were deemed winners of a hard fought opening Avonmore Milk Munster Schools Munster Junior Cup at Rosbrien yesterday (Tues).
Neither side could manage a try or a penalty in normal or extra time but because Ard Scoil had centre Alex Fitzgerald sin-binned for five minutes in the first half for a high tackle Castletroy were deemed to have won the game.

Castletroy went close to scoring on a number of occasions with both of their wingers, Jonathan McDonnell and Fionn O’Sullivan being unlucky in either half and in the final phase of play at the end of extra time David Butler was denied a try.

Full-back William Shanahan, both wingers, and outhalf Sean Moran excelled behind the scrum for Castletroy and in their pack, Patrick Bermingham, Luke Clohessy, Adrian Sheehan and Conor Bonfil were always in the thick of the hectic action.