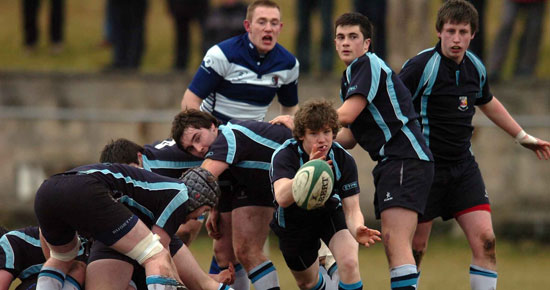 Rockwell are through to their second successive Avonmore Milk Schools Senior Cup Final after a dramatic win over Castletroy at Clanwilliam Park.

Padraig O’Connor opened the scoring with a penalty to put Castletroy ahead. Rockwell drew level with a penalty by J.J. Hanrahan after ten minutes to leave it 3-3 at half time.

Hanrahan put Rockwell in front with a penalty twelve minutes into the second half and increased their lead with a third penalty.

Out half Padraig Quinn got in for a try for Castletroy and O’Connor converted to leave the Limerick side a point ahead.

In an exciting finish Hanrahan dropped a goal from a five metre scrum to put Rockwell through to a final against either St. Munchin’s or P.B.C. on march 17th at Thomond Park.