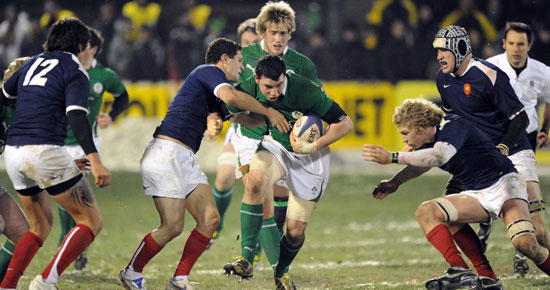 Not the best of weekend’s for Irish sides as all were defeated in their respective French ties.

Kevin West’s side lie third in the Women’s RBS 6 Nations table after their defeat to France at the weekend.

After opening their campaign with a comfortable 39-0 win over the Italians, the French side proved too strong for the Irish, winning 19-9 on Friday night in Stade des Allees.

Next up for the Irish is the English women’s side, currently top of the table with two wins out of two and favourites to win the Championship, but no doubt the Irish will be looking for an upset in Esher RFC, London on Sunday Feb. 28th, ko 3pm.

The Irish U20s were unable to hold onto their halftime 12-8 lead when France kicked ahead in the closing half to secure a narrow five point win, 20-15.

The side travel to Kingsholm, the home of Gloucester Rugby, for their next round against England U20s on Friday Feb. 26th, ko 7.45pm. England have defeated Wales and Italy at this stage putting them in pole position for the Irish encounter.

The Irish Colleges were well beated by their French counterparts, going down 60 points to 11 on Friday night, with the Irish try coming from Ben Reilly and two penalties from James Prior.