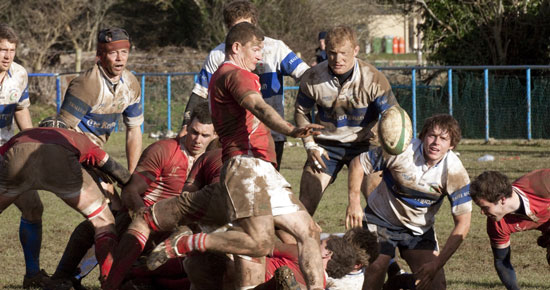 The line up for this season’s Munster Junior Cup was completed with both Cashel and Bruff booking their place in the last four with victories over the weekend.

Cashel brushed aside the challenge of Old Christians at the Spafield with a 49-28 victory. The Tipperary side led 28-3 at half time and despite a late challenge by the visitors were well worth their victory. Pat O’Connor was their top scorer with twenty four points, two tries and seven conversions. Conor Quinlan scored two tries and Brian Silk, Brendan O’Connor and Rory O’Connor got one each. Gavin Murphy, Paddy Walsh and Noel Finneran scored tries for the Rathcooney outfit and Aidan Tobin kicked three penalties and two conversions.

Bruff defeated Clanwilliam 16-3 in their replay at Killballyowen Park. The home side raced into a 13-0 lead with a try from Eoin Cahill and a conversion and two penalties by Jonathon Ford. Willie O’Dwyer kicked a penalty for Clanwilliam on the stroke of half time. The only score of the second half was a third penalty by Ford.

The semi final line up is Cashel v U.L. Bohemian and Bruff v Young Munster. These ties are scheduled for Sunday 11th April and the venues will be announced later.

Galbally won the Munster Junior Clubs Challenge Shield on the first try rule after they finished level with Kanturk 16-16 at Charleville. A first half try by Ian Ryan proved to be the all important score. The sides were level 10-10 at half time with Pat Casey kicking a conversion and penalty. John O’Sullivan scored Kanturk’s try and Darragh Meade kicked a conversion and a penalty. The sides were level 13-13 after eighty minutes and both added a penalty each in extra time, Casey kicking the points for Galbally and Meade replying for Kanturk.

An injury hit Richmond side made a disappointing start to their AIB All Ireland Provincial League championship with a 27-14 home defeat by Monivea. The Limerick side also lost the services of Ian Madden through injury. Finbarr Hogan and Pat McNamara scored tries for Richmond and Darragh Clancy converted both.

In the Munster Junior Plate there were home wins for Bandon, Highfield and Kilfeacle while both Garryowen and Dolphin recorded away victories.

A try by Rob Kent and a conversion and two penalties by Danny O’Shea was not enough for Sunday’s Well who lost at home to Garryowen 22-13.

Bandon defeated Ballincollig 26-12. Reggie Sugrue scored two tries for the winners and Mark O’Driscoll and Barry Fleming got one each. Sean O’Riordan kicked three conversions. Glen Murphy and Conor Forde replied with tries for the visitors and Keith Stafford kicked a conversion.

The semi final line up for the Junior Bowl is Fermoy v Charleville and Dungarvan v Newport.

Killarney kept their hopes of a place in the semi finals of the Third Division of the Munster Junior League alive with a 19-6 away win over Abbeyfeale. The West Limerick side led 6-3 at half time with a drop goal from David Prendeville and a penalty from Robert Brown to a Sean Hickey penalty. The game turned when Abbeyfeale had two players sin binned and John O’Sullivan scored a try for the visitors and Hickey converted and added three further penalties. Killarney must win their final game at home to Corca Dhuibhne next week to make sure of a place in the play offs.

In Section B of the League Mallow completed their program with a 23-0 home win over Douglas. Michael Sweeny scored two tries for the winners and Bobby O’Gorman got one. Sam Holt kicked two penalties and a conversion.

Carrick-on-Suir defeated Fermoy 13-5. Willie Stokes and John Phelan scored tries for the Tipperary side and Mike Cronin kicked a penalty. David McCarthy replied with a try for the visitors.

Shannon overcame Waterpark 24-22 with an injury time try at Ballinakill in the Webb Cup. The home side led 13-7 at half time with a try, conversion and two penalties from Richard Halley. John Lynch scored a try for the visitors and Fergal Curtin converted. Halley added another penalty after the break and Billy Phelan kicked two penalties for the Waterford side. Paddy Reidy, Denis Giltenan and James Hanagan replied with tries for Shannon and Curtin kicked a conversion.

Dunmanway were knocked out of the Junior Two Cup South by U.C.C. 24-18. Ryan Morrissey and Gordon Brett scored tries for the west Cork side, Brett kicked a drop goal and Mark Kingston added a penalty and a conversion.

A try by Colm Keane and a conversion and penalty by Killian Glynn helped Bandon to a 10-10 draw with Bantry Bay but it is Bantry who advanced on the try count as they scored two tries.

Cobh Pirates reached the semi finals with a 16-14 away win over Ballincollig. Ciaran Duignan scored two tries for the winners. Conor O’Regan and Cian Connolly each kicked a penalty. James McSwiney and Cian Shepherd were try scorers for Ballincollig and McSwiney converted both.