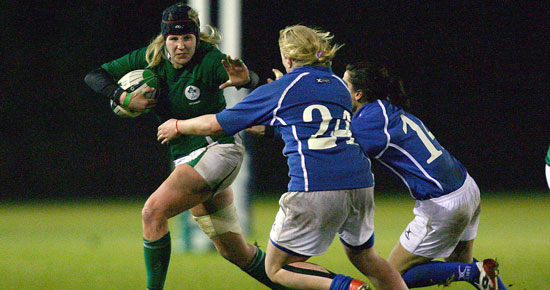 The Irish women’s side recorded their first ever win over France last year in Ashbourne RFC when a Niamh Briggs kick made all the difference, defeating France 7-5.

This weekend they face the tougher challenge of securing a win on French soil but after last weekend’s 22-5 victory over Italy, and France’s shock defeat to Scotland, West’s charges must be confident going in to this all important tie.

The head coach has made five changes to the starting line up to the team that defeated Italy last weekend. Experienced trio Orla Brennan, Amy Davis and Sinead Ryan make their first appearance of the tournament, Gillian Bourke and Caroline Mahon are promoted from the bench in place of Chris Fanning and Kate O’Loughlin who move into the 22.