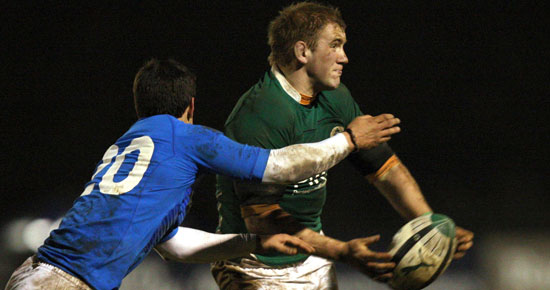 Coach Allen Clarke has named an unchanged side to the one which defeated Italy by a comprehensive 39 – 0 score line last weekend in Dubarry Park.

The U20s travel to Stade de la Chevaliere, Mazamet for this Friday’s 8.45pm (7.45pm Irish time) kick off against France.

Speaking ahead of the game, Clarke says "We are aware that we have a much tougher game ahead of us on Friday than we had last weekend. That being said, we have prepared and planned well for this fixture. The team gelled well last weekend and we are focused on the task ahead."

The French U20s travelled to Scotland last weekend where the sides drew level on 8 points.

The Ireland U-20 v France U-20 game will broadcast live on RTE 2 on Friday evening, coverage starting at 19.30hrs.