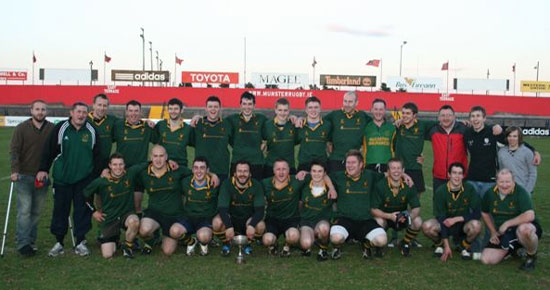 Dolphin 13, Fermoy 20.
Having lost the McCarthy Cup Final to Mallow two weeks earlier, Fermoy came away from Musgrave Park with silverware with this victory.

The North Cork side got off to a poor start as Dolphin raced into an early 10-0 lead with tries from Cian Griffin and James Kelly.

Fermoy were lever by half time with a try by John McCarthy and a conversion and penalty by Thomas McAuliffe.

Dan Daly restored Dolphin’s advantage with a penalty early in the second half, but a second try from McCarthy and a conversion and penalty from McAuliffe sealed victory for Fermoy.