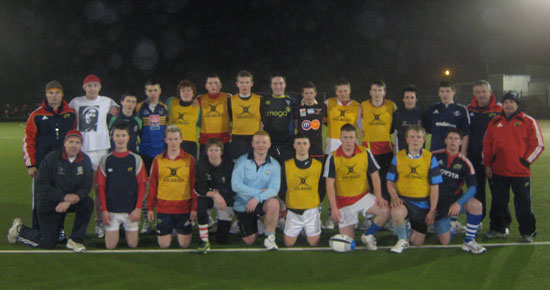 The East Munster Development Squad are currently preparing for the upcoming Regional Round Robin U/17 series which is scheduled to begin this coming February (fixture dates TBC).

The squad is made up of players from all East Munster Clubs and will compete against fellow Munster Regional Squads with a view to securing a place on the Munster Youths Squad under Ian Sherwin, Munster Academy Manager.

Coaches Pat Fitzpatrick and Sean Devaney are delighted with the East Munster squad preparation for the upcoming series and are confident some of their players will achieve a place in the Munster Youths Squad.