The first documented game of rugby in the East Cork town of Cobh was played on the 5th of December, 1874.

The first documented game of rugby in the East Cork town of Cobh was played on the 5th of December, 1874.

Home team Queenstown FC beat Cork FC with the local side mainly made up of players from local businesses, vintners and drapers.

After a number of stop-start seasons, junior club Cobh Pirates was finally formed in 1890 and was initially named ‘The Pirates’ to provide a neutral name to the Club as it was made up of members from all over Cork Harbour. 124 years on and the Club now has close to 300 players in the junior section with 85 senior players competing on a weekly basis for the J1, J2 and ladies teams.

The latest side to wear the Pirates jersey is the Under 17 girls’ squad formed in 2013. The J1 team, coached by Cashel man and former Munster and Connacht player Brendan O’Connor, are challenging for a top-four finish in Division 1 of the Munster Junior League.

The emphasis at the family-orientated club is on building from the ground up with the juvenile section, as Club Chairman Kieran McKeown explains:

“About five or six years ago we made some big changes in our underage section. We had lost our way and basically we realised that we needed to start again with the Youths.

“We went back to players that had retired and asked them to come back and get involved. We started working with the Munster branch and their coaching pathways and got our coaches into the different courses through John O’Neill and Ultan O’Callaghan.

“So now over 90% of our coaches are actually in that system and have done at least one or two of the coaching courses. We’re getting a lot of kids in at the lower ages and, where before they would have drifted off, we’re now starting to see them stay.

“We’ve educated our coaches and that’s paying off for us because the development of our players is improving,” added McKeown, who himself started playing with the Club in the juvenile section as an eight-year-old.

That policy is beginning to pay dividends higher up the ladder with the senior team now full of young players that have come through the system at Cobh Pirates, including two members of the Munster Junior squad, Kevin Allen and Mark Chandler.

The growing popularity of Women’s rugby in Ireland led to the formation of a Cobh Pirates ladies side a few years ago and it has provided another boost to the Club.

“It’s brought that bit of buzz to the place,” said McKeown.

“The ladies' team is headed up by Nicola Power, she’s the Head Coach and they formed about four or five years ago so they’re in the Women’s development league. They have between 20-25 players and they’re in the top half of the table and have developed really quickly.

“It’s brought an extra dimension to the playing side of it and a club like ours needed that and it works well. It’s brought different faces and the good thing about it is the lads will support them and vice versa so it’s working really well.”

Next year will mark the 125th anniversary of the Club and there are plans afoot for numerous events both on and off the pitch, but the club is also focusing on longer-term ambitions.

“Phase one of our development plan is a complete re-build of all our training areas,” said McKeown. “Phase two is the dressing rooms, phase three is a 4G pitch and eventually, way down the line would be floodlighting the main pitch. We need to do that because we’ve got almost 300 kids here from the age of 5-18 playing over 12 age grades, that’s the big thing.“

The Club has come a long way since its formation as ‘The Pirates’ in 1890. A fractured history of rugby throughout the next three decades followed but 1924 saw ‘the Pirates’ really develop as a club. Louis and Paddy Dillon, supported by Austin “Tossie” Love, banded together to ensure that rugby continued to develop in Cobh whilst moving to a new ground at O’Sullivan’s Place, Cobh.

With stability came success and in 1935, the first of many Cork County Cup wins as Charleville were defeated 5-0.
In 1944, after a couple of name changes, the Club finally settled on Cobh Pirates RFC, partaking in the Munster Junior League, and moving to play at various locations between the Presentation Brothers grounds and various fields at Russell’s Farm in Newtown.

In 1938, PBC Cobh won the Munster Schools Senior Cup with many of the squad going on to play for Cobh Pirates as the Club went on to establish itself as a competitive force in the Munster Junior League over the next couple of decades.

In 1966, the Club moved to its current home ground, The Paddocks, Newtown. Cobh secured the grounds on a loan of £1500 from the IRFU and a drive to collect £500 from the members. Finally, the Pirates had found a home.

Momentum was now building on the pitch with the four-in-a-row Cork County Cup team of the 60s. However, it was the initiative in the late 70s by Eddie Doyle(RIP) and Billy Dunne to start a juvenile section that laid the foundation for what would be the onset of successful years ahead. The first notable success for the Juvenile Section was the Declan Carlos-coached Under 16 team that became the first County team to take the County Cup out of the city as they beat Midleton 3-0 in the final.

That success of the juvenile section continued into the 90s, with Brendan Ronan the most notable juvenile representative to date. Ronan played for the Irish Under 19 World Cup winning side in 1999 that included the likes of Donncha O’Callaghan and Brian O’Driscoll.

The hard work at underage level paid off in 2006 when the prized trophy in Munster Rugby, the Junior Cup, came to Cobh for the first time in the history of the Club.

With the new infrastructure in place and the obvious commitment of all involved, who’s to say that Cobh Pirates won’t be around for another 125 years. 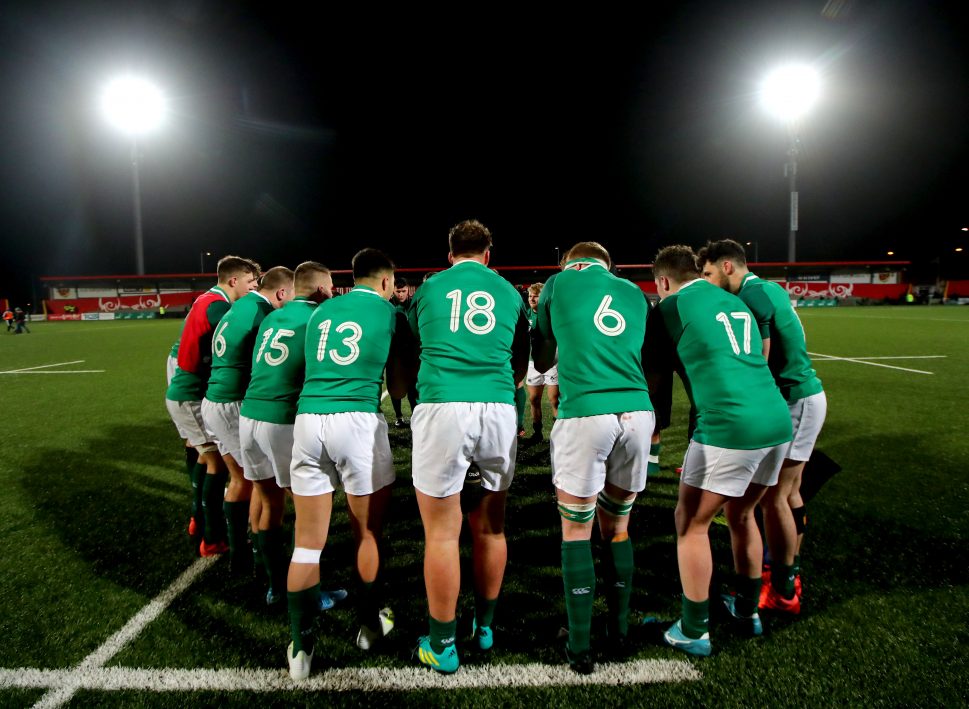 The Ireland U20s take on Wales U20s this Friday night in the second game of their defence of the 6 Nations Championship (7.15pm). Find the... 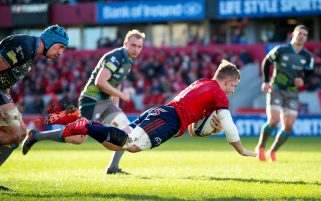 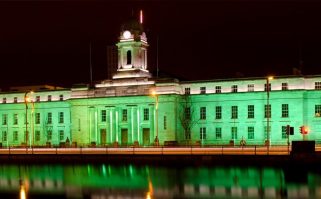