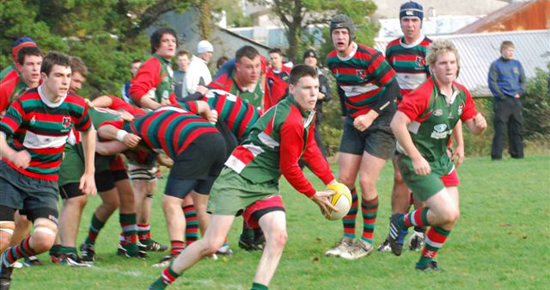 There is a new era in Munster Youths rugby beginning this weekend with a new format for the Munster Under 19 and Under 17 Leagues which are being sponsored by Avonmore Milk.

In previous seasons the winners of the respective leagues in the four regions met in the semi finals and the winners went on to an All Ireland competition.

This season the top four sides from the various regional leagues are going forward to a new style league which is divided into four sections with a side from each region participating in each section.

The winners from each section will qualify for the semi finals.

The only exception to this is that only two sides qualified from West Munster in the Under 19 League and this allowed a fifth side from East and North Munster to participate.

Due to several postponements three of the South Munster Under 17 quarter finals have yet to be played because of postponements. Highfield are the only qualifiers and it is hoped that these games can go ahead this weekend.

The semi finals of both Leagues are fixed for week ending February 27th and the finals are due to be played on week ending March 13th.