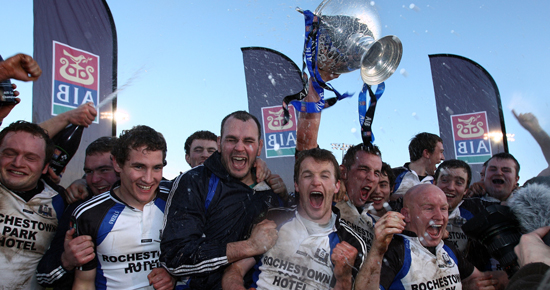 The IRFU have announced changes to the All Ireland League for season 2011/2012.

The number of clubs participating in the league will be raised from 48 to 52.

Next season’s league 2010/2011 will still have the same format as last season. Division 1A and 1B will consist of eight teams each playing home and away and Division 2 and 3 will consist of 16 sides with each club playing each other once, 15 games.

In season 2011/12 the league will have a Division 1A and 1B of ten teams each and they will play home and away. Division 2A and 2B will consist of sixten teams each with each side playing 15 games.

To achieve the format for season 2011/2012 next season’s league will have the following promotion and relegation.

From season 2010/2011 the structure of the All Ireland Cup will change to a “Bateman” style Cup where the Provincial Cup winners will compete in semi finals and finals to determine the AIL Cup winners.

There will be changes in the league as to the eligibility of full contracted Provincial players.