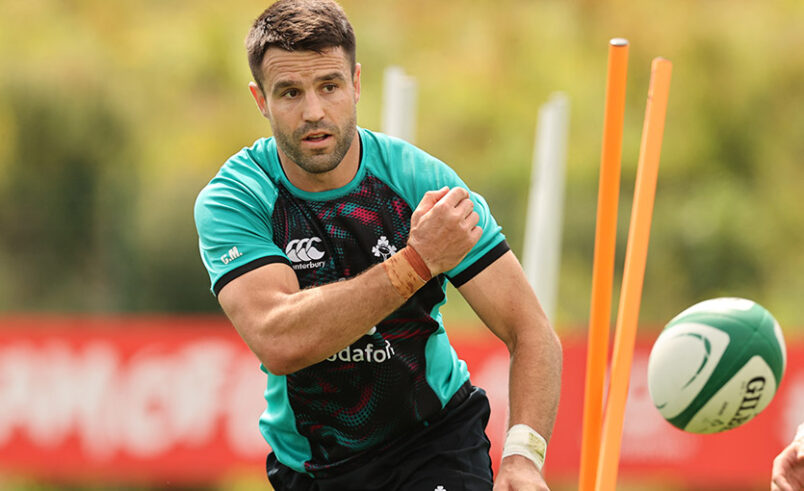 The Ireland coaching team have named the Match Day 23 to take on reigning world champions South Africa in the opening fixture of the Bank of Ireland Nations Series at Aviva Stadium on Saturday (Kick-off 5.30pm, live on Virgin Media and Amazon Prime).

Conor Murray is set to earn his 100th cap for Ireland and is one of just five players in the starting team that started the last game between the two sides in 2017. Tadhg Furlong, Robbie Henshaw, Peter O’Mahony and Johnny Sexton were the other players to start against the Springbok five years ago.

Cian Healy, who is named on the bench for Saturday’s game, also started the 2017 game while Rob Herring, James Ryan and Joey Carbery were among the replacements that day.

Tadhg Beirne and Jack Conan have never played for Ireland against South Africa but featured against the Springboks for the British and Irish Lions in the 2021 Test Series. Furlong, Henshaw and Murray also played in that Test Series.

Finlay Bealham has experience of playing the Boks as he was a replacement in the second Test against South Africa in Johannesburg on the 2016 Tour.

Baloucoune missed the Summer Tour of New Zealand through injury but started against both the Griquas and the Cheetahs for Emerging Ireland last month.

With Conor Murray making his 100th appearance for Ireland this weekend, check out our in-depth interview with the Limerick man after he was named in World Rugby’s team of the decade last year.