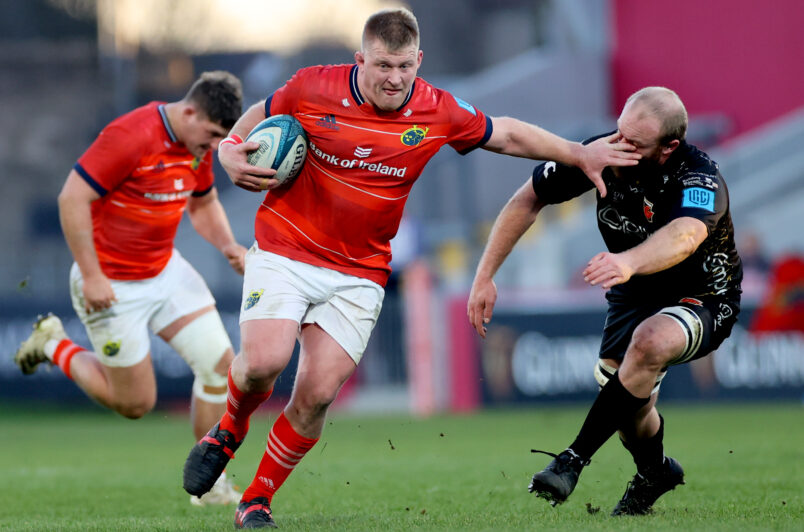 John Ryan has rejoined Munster on a short-term contract. Inpho

Munster Rugby and the IRFU are pleased to confirm contract extensions for Tom Ahern, Calvin Nash and Fineen Wycherley while prop John Ryan returns as short-term injury cover and Irish-qualified centre Oli Morris joins the province until the end of the season.

The senior trio of Ahern, Nash and Wycherley have all signed two-year contract extensions.

With Stephen Archer sidelined with an ankle injury John Ryan returns to the province to provide cover on a three-month contract. Ryan’s contract with Wasps ended last week when the Premiership side was placed into administration.

Worcester Warriors centre Oli Morris found himself in a similar position when the club entered into administration at the end of September. The 23-year-old was identified by Irish Rugby’s IQ programme and was involved with the Ireland U20s in 2019. He will link up with the squad this week. 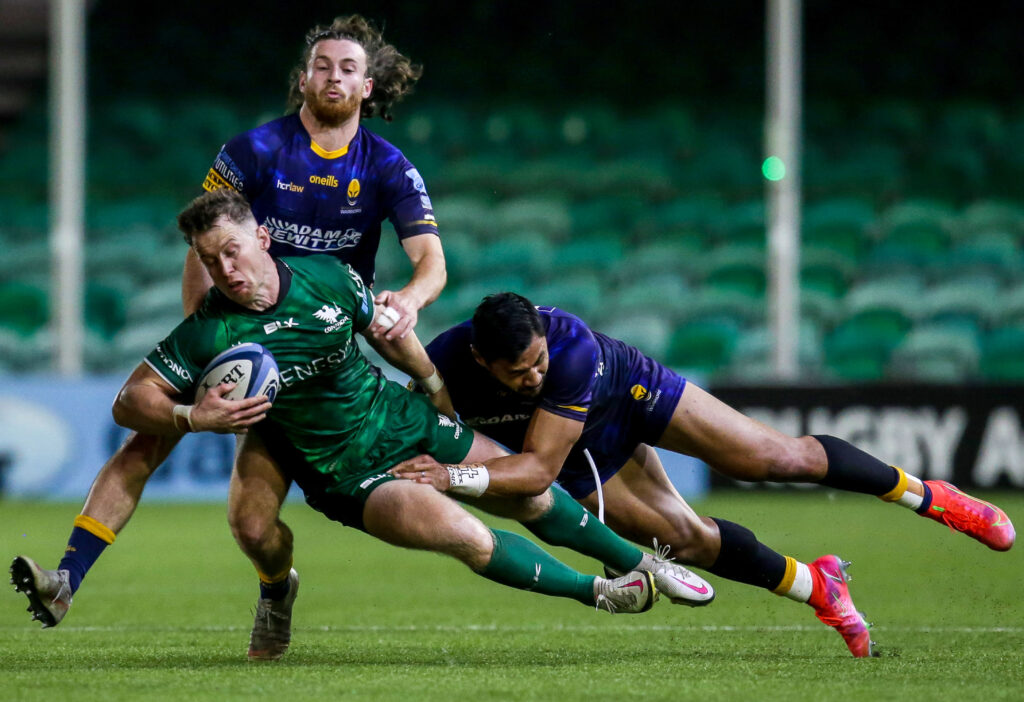 Waterford native Tom Ahern made his senior debut against the Dragons in November 2020 in his final year of the Academy. The 22-year-old most recently impressed on the Emerging Ireland tour to South Africa and has been included in the Ireland ‘A’ panel ahead of the November clash against the All Blacks XV.

The towering lock, a product of Dungarvan RFC and Waterpark RFC, has made 23 appearances scoring two tries. 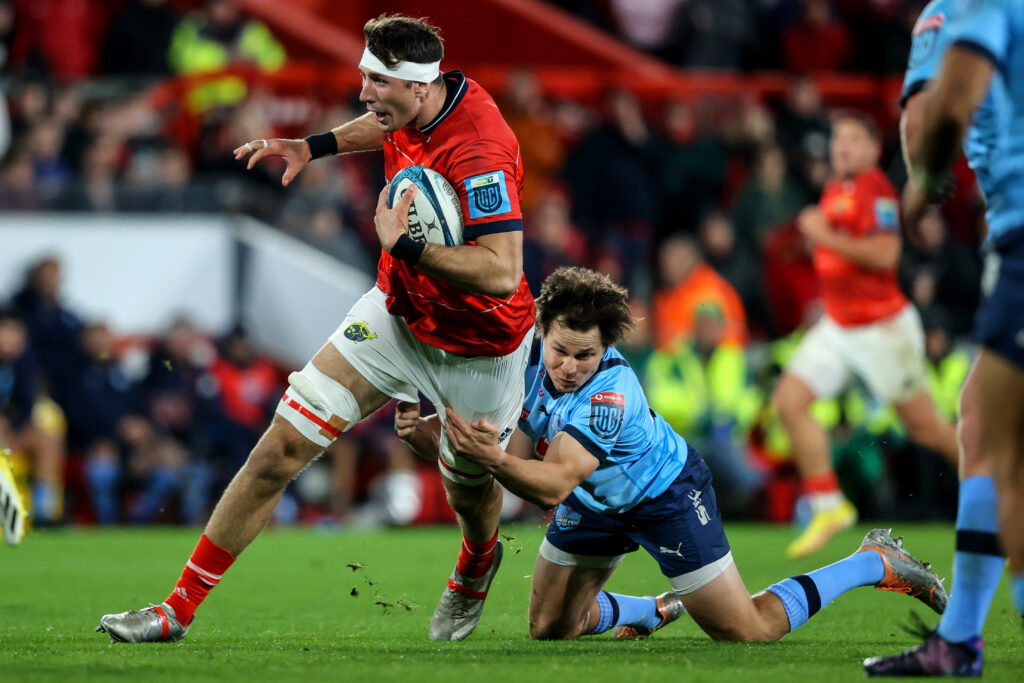 Winger Calvin Nash is another who made an impact on the recent Emerging Ireland tour and his form has been rewarded with a first Ireland squad inclusion for the Bank of Ireland Nations Series.

The 25-year-old has lined out on 39 occasions for the province scoring seven tries after making his debut against Edinburgh in February 2017. 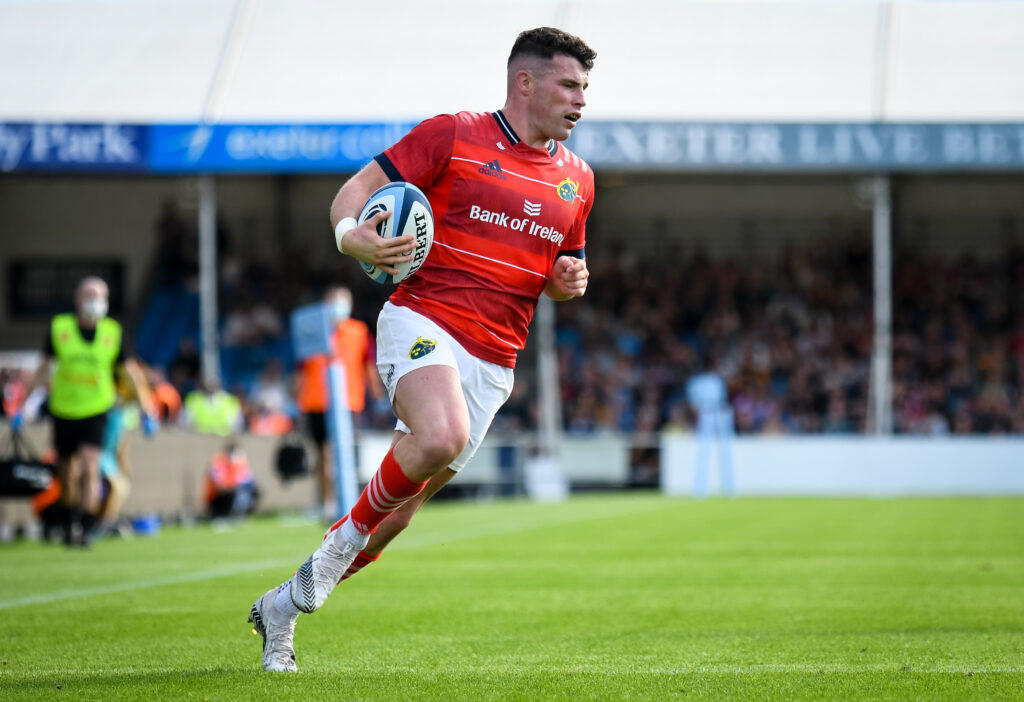 Former Academy Player of the Year Fineen Wycherley was capped for Ireland against the USA in the Vodafone Summer Series in July 2021.

The 24-year-old has been an integral member of the Munster squad for the last number of seasons making 88 appearances to date, playing across the second row and back row.

The West Cork native is currently rehabbing a shoulder injury. 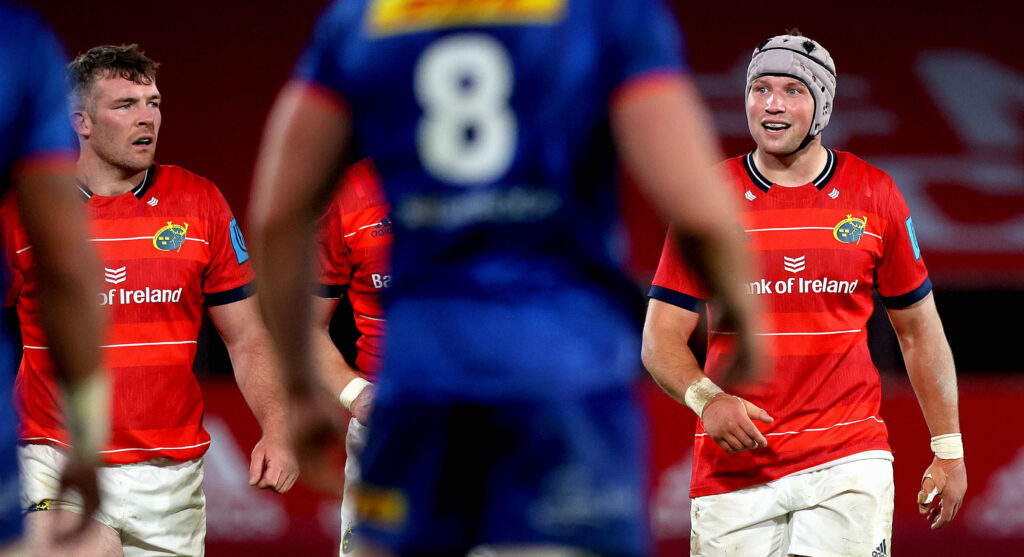 Fineen Wycherley in action against Stormers.