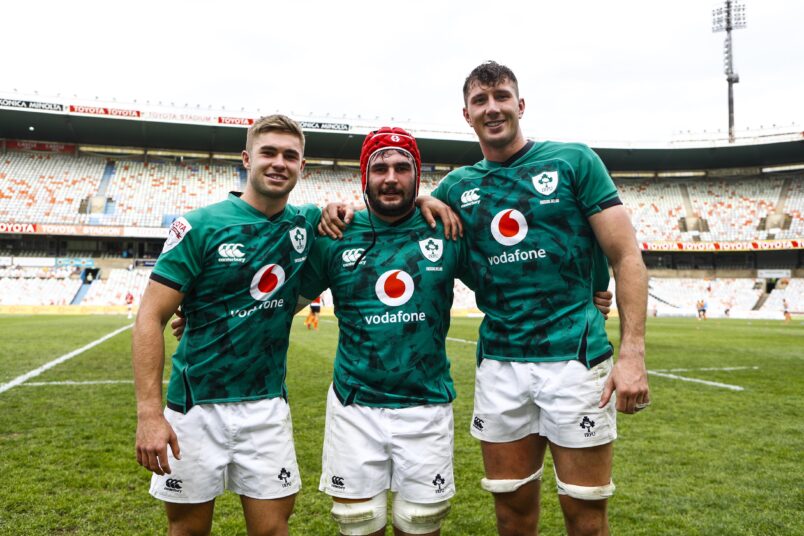 The Emerging Ireland match day squad to take on the Cheetahs in the squad’s final game of Toyota Challenge has been named by Simon Easterby.

To date Emerging Ireland have recorded two victories over the Griquas (54-7) and the Pumas (28-24) but face the tournament hosts in their own backyard on Sunday afternoon. (2pm Irish time)

Max Deegan resumes the captain’s role and is joined in the backrow by John Hodnett and Cian Prendergast.

Tom Ahern and Joe McCarthy are named at lock with Michael Milne, Tom Stewart and Thomas Clarkson in the front row.

In the backs, Nathan Doak and Jack Crowley get another start as the half-back pairing with Stuart Moore and Jamie Osborne getting a second outing in mid-field.   The back three sees the return of Robert Baloucoune and Calvin Nash on the wings and Shane Daly at fullback.

The match will be streamed live on irishrugby.ie at 2.00pm (Irish time)