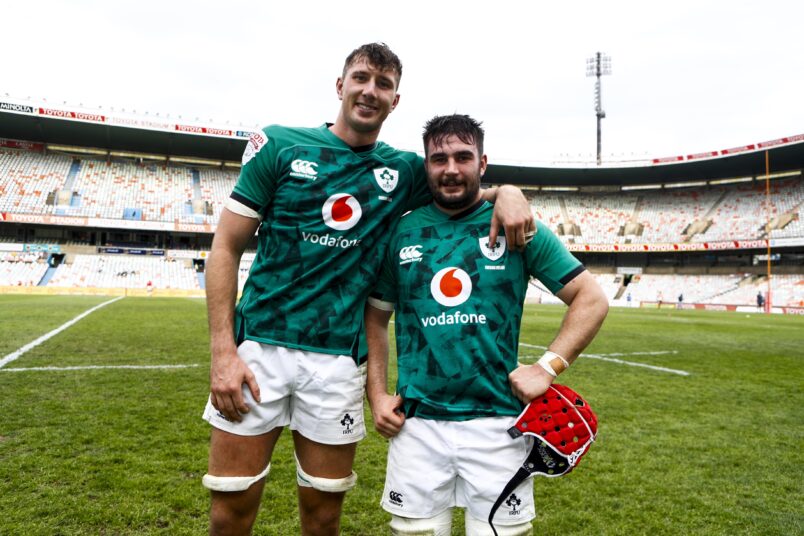 Tom Ahern is among the replacements with John Hodnett starting. Inpho

The Emerging Ireland match day squad to take on Currie Cup champions the Pumas on Wednesday in Bloemfontein has been named by the Ireland coaching team.

Emerging Ireland started their Toyota Challenge campaign with a 54-7 victory over the Griquas on Sunday and will take on the Pumas on Wednesday afternoon in Bloemfontein (4pm Irish time).

Cian Prendergast, a member of the touring party leadership group, will fulfil the captain’s duties against the Pumas.

Cian will line out on the blindside flank with John Hodnett in the No.7 jersey and James Culhane in the number eight slot. Cormac Izuchukwu and Brian Deeny are named at lock with Callum Reid, Diarmuid Barron and Roman Salanoa in the front row.

Michael McDonald and Jake Flannery will steer the team from half-back with Cathal Forde and Antoine Frisch in midfield.  Ethan McIlroy is joined in the back field by Sevens duo Chay Mullins and Andrew Smith.

The match will be streamed live on irishrugby.ie at 4pm Irish time.