Team News | Munster A Side To Face Connacht Eagles 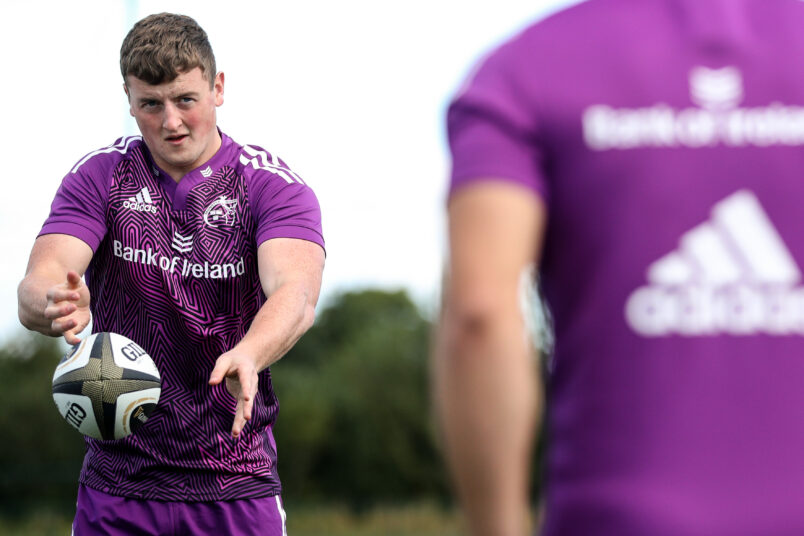 Fionn Gibbons is one of 12 Academy players included. Inpho

The Munster A side to face the Connacht Eagles at the UL 4G pitch on Saturday at 1.30pm has been named.

Goggin and Academy man Fionn Gibbons form the centre partnership with an all-Academy pairing at half-back as Jack Oliver and Tony Butler start at 9 and 10 respectively.

Academy prop Mark Donnelly, new signing Moore and Luke Rigney, who has been taking part in the pre-season programme on a training contract, start in the front row.

O’Connor and Academy lock Edwin Edogbo are named in the second row with Academy trio Hurley, Ruadhan Quinn and Daniel Okeke in the back row.

Ireland U20 international O’Mahony is a former CBC student, Williams and McCarthy have also lined out for Bandon Grammar, Hurley is a former PBC student with Kiely from Castletroy College.