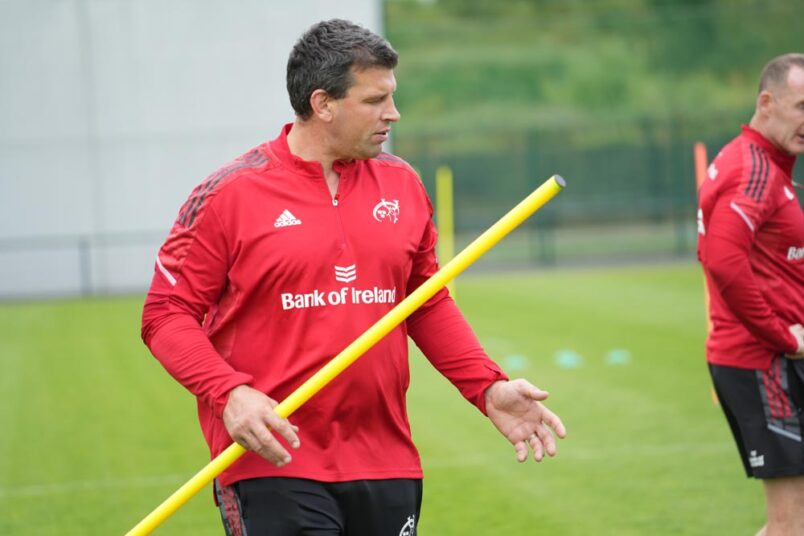 We spoke to Denis Leamy last week for his first interview since becoming Munster Rugby Defence Coach this summer.

Leamy has returned to Munster after a three-year spell at Leinster, where he first held a role as an Elite Player Development Officer before moving to the role of Contact Skills Coach in October 2021.

On the provincial front the Tipperary native also worked at various stages with Munster’s age-grade players and the ‘A’ team before making the move to Leinster.