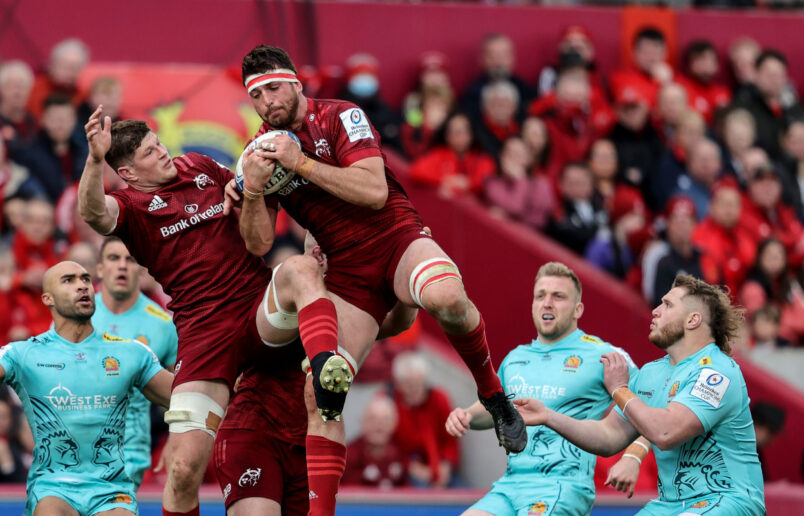 Jean Kleyn has been named on the Dream Team. Inpho

Munster duo Craig Casey and Jean Kleyn have been named on the URC Dream team for 2021/22 with the selection determined by a media vote.

Players had to have made a minimum of nine appearances to be considered, with the media panel given a shortlist of 10 players per position, provided by URC StatMaster.

The player with the most votes in each position earned a place in the team.

The DHL Stormers are the best-represented side with five players making the cut. URC Top Try Scorer Leolin Zas is among four backs from the Cape Town outfit included.