All You Need To Know | Ulster v Munster Quarter-Final 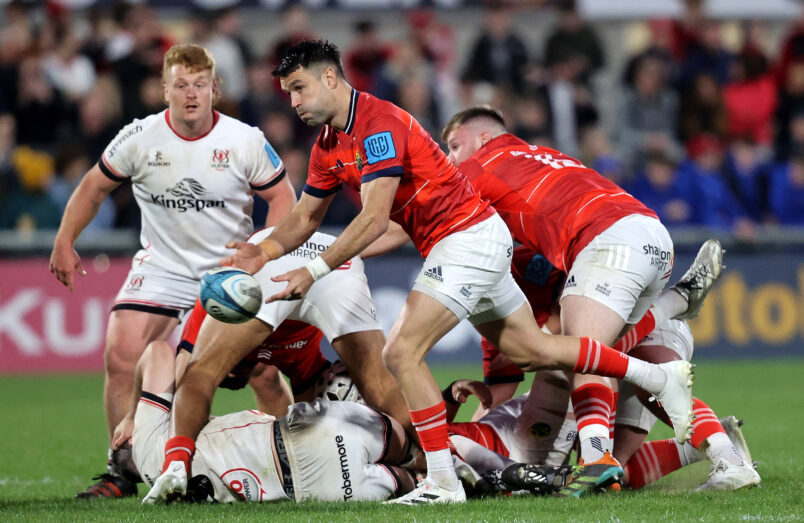 It’s knock-out rugby in the United Rugby Championship with a weekend of quarter-final action ahead and Munster are up first on Friday night against Ulster at Kingspan Stadium at 7.35pm.

Both sides will be hoping to keep their season campaign alive by battling it out in this interprovincial clash with the winners then making their way to the semi-final stage to play Edinburgh or the Stormers in Cape Town.

Ulster have given away the fewest penalties in the URC this season (166).

Dan McFarland’s men have made more tackles than anyone else this term with 2,688. Back-row Nick Timoney tops the individual charts with 247.

Ulster have also thrived at the line-out during the regular season, with their record of 256 line-out throws won the best in the competition.

Munster have conceded the fewest turnovers (202) in the competition.

Munster boast the best success rate in the URC when it comes to scrums won (96.3%).

Munster head to Belfast on the back of a disappointing defeat to Leinster at the Aviva in Round 18 leading to the province moving out of the URC’s top four.  It was at the same venue the men in red suffered a heart-breaking loss to Toulouse in a place-kicking competition in the Heineken Champions Cup quarter-final.

Ulster beat the Cell C Sharks 24-21 in Belfast to secure their home quarter-final place and won at Edinburgh in their previous URC fixture to halt a losing run of three matches in the competition.

In the head-to-head encounters this season Munster have won both URC meetings, including a 24-17 victory at Kingspan in April. As it was six years since Munster last won in Belfast the province once again faces a huge Interprovincial challenge this Friday.

The home side have only suffered two defeats at the Kingspan this season, once in each competition, against Toulouse in the Champions Cup and Munster in the URC.

Hear from Senior Coach Stephen Larkham and Conor Murray ahead of the game.