Gavin Coombes Signs On With Munster Until 2025 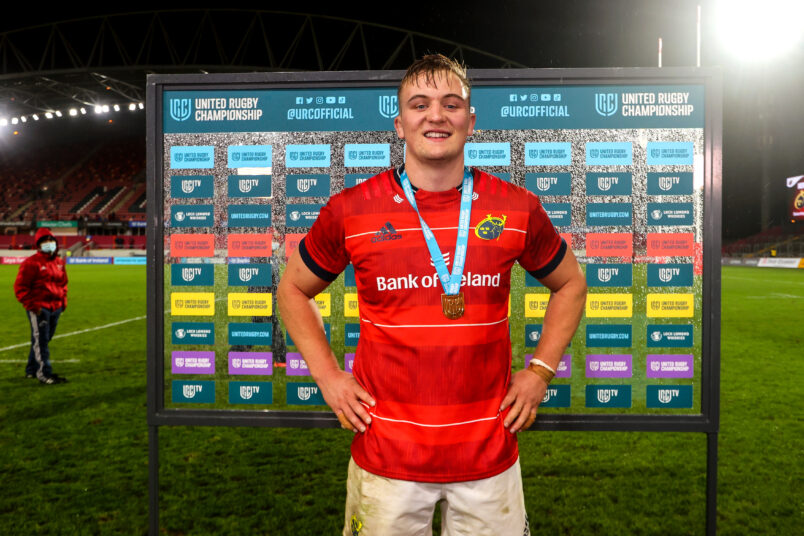 Munster Rugby are pleased to confirm that Gavin Coombes has signed a two-year contract extension to keep him at the province until at least 2025.

Coombes, who became Munster Rugby’s youngest ever Player of the Year last season, was already contracted until 2023 and has signed a two-year extension to that deal.

The 24-year-old has scored 21 tries in 49 Munster appearances and is in line to make his 50th appearance against Leinster on Saturday.

A Skibbereen RFC and Bandon Grammar man, Coombes spent three years in the Greencore Munster Rugby Academy and won the British & Irish Cup with Munster A in 2017.

He lines out with Young Munster in the AIL and made eight senior appearances for Munster as an Academy player before moving up to the senior squad in 2019.

The 2020/21 season saw Coombes score a record-breaking 15 tries in 22 appearances, the most tries ever scored by a Munster player for the province in a single season.

He was named Munster Rugby’s youngest ever Player of the Year and made his first two appearances for Ireland against Japan and USA in the 2021 Vodafone Summer Series.

Coombes has picked up where he left off last year with four tries in 12 appearances so far this season.

He was included in the Ireland squad for the 2022 Six Nations and was named URC Player of the Match following last week’s win over Benetton.