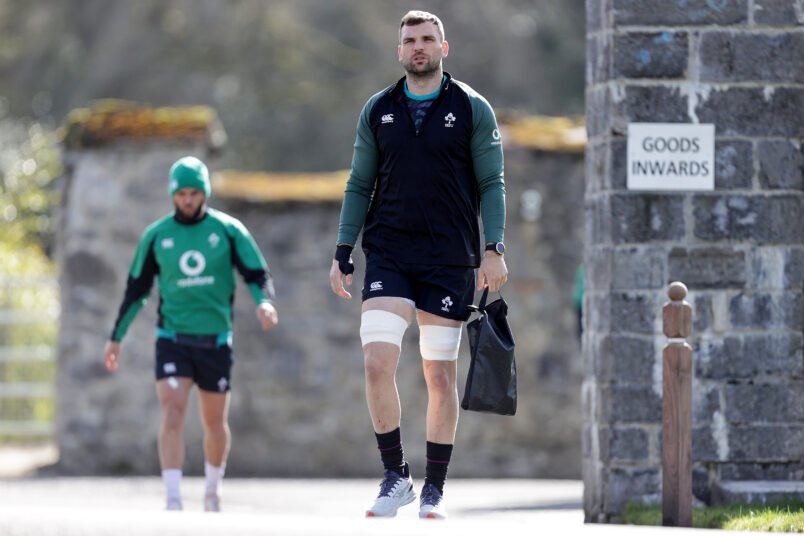 Andy Farrell has named the match day squad to take on Scotland at the Aviva this coming Saturday in the final round of the 2022 Guinness Six Nations Championship.

Andrew Conway is being managed for a knee niggle and was unavailable for selection.

Johnny Sexton will equal John Hayes’s cap tally for Ireland (105) when he leads the side out on Saturday afternoon and will again have Jamison Gibson Park as his halfback partner.

Bundee Aki and Garry Ringrose are retained in midfield with a back three featuring Hugo Keenan, James Lowe and Mack Hansen.

The front row of Cian Healy, Dan Sheehan and Tadhg Furlong is retained while Beirne and Iain Henderson are named at lock.  Jack Conan is named at No.8 with Caelan Doris switching to the blindside flank and Josh van der Flier makes his eight consecutive start at openside.

Ireland can win the Triple Crown for the first time since 2018 by beating Scotland.

The game which kicks off at 4.45pm will be televised by VIRGIN (ROI) and ITV (NI).

All You Need To Know | Emirates Lions v Munster