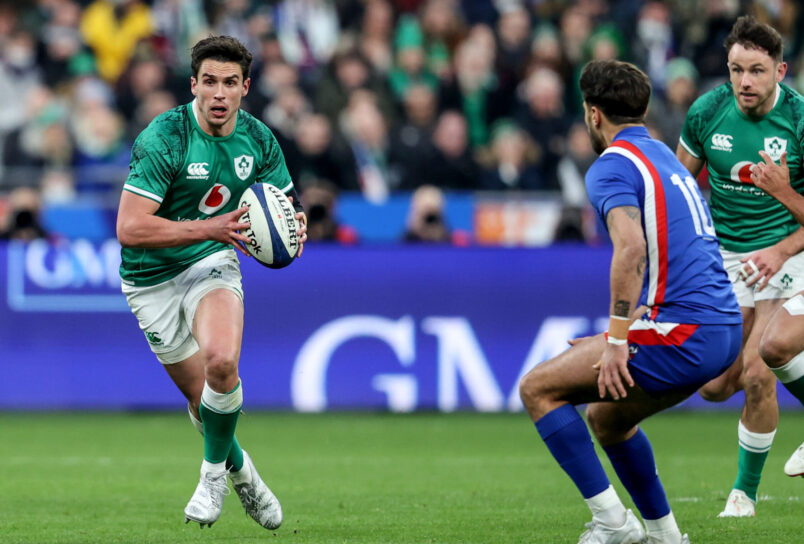 Joey Carbery keeps his place at out-half for Ireland. Inpho

Andy Farrell has announced the Match Day 23 that will take on Italy at the Aviva Stadium this Sunday in Round 3 of the 2022 Guinness Six Nations Championship.

Peter O’Mahony captains the side from the back row with out-half Joey Carbery and lock Tadhg Beirne keeping their places in the starting XV.

Dave Kilcoyne and Craig Casey are among the replacements and in line for their first appearances of this Six Nations campaign.

The uncapped Michael Lowry starts at fullback and is joined in the backfield by Mack Hansen, who switches to the right wing with James Lowe restored on the left after proving his fitness.

Joey Carbery is set to start his second consecutive Six Nations game while Ireland captain Johnny Sexton has recovered from injury to take a place among the replacements. Carbery will again be partnered in the half-backs by Jamison Gibson Park with Robbie Henshaw coming in at inside centre and Garry Ringrose retained in the outside berth.

Up front, Dan Sheehan is set to make his first start for Ireland and will be supported in the front row by Tadhg Furlong and Andrew Porter. In the second row, Tadhg Beirne is joined by Ryan Baird as James Ryan is ruled out with an adductor issue.

In the back row Peter O’Mahony comes in at blindside flank to captain the run-on side with Caelan Doris shifting to No.8 and Josh van der Flier continuing in the No.7 jersey.

The match, which is expected to be sold out, kicks off at 3.00pm and is being televised by VIRGIN (ROI) and ITV (NI).