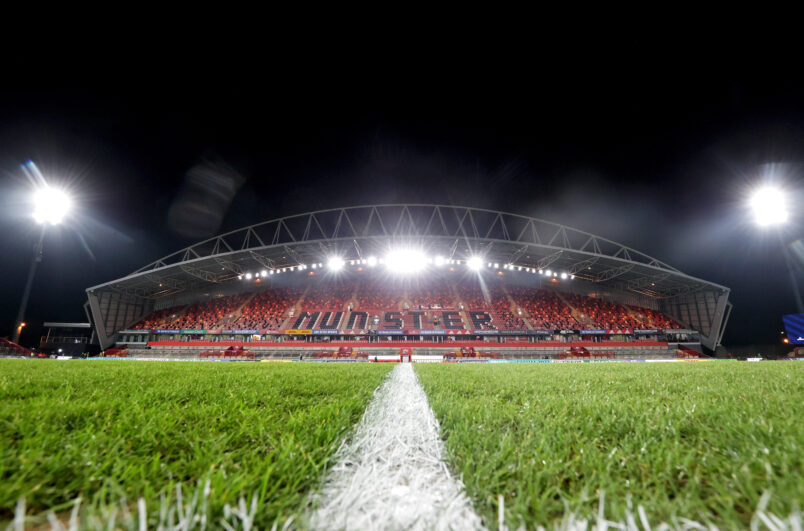 The United Rugby Championship can confirm that the home and away sequence for the fixtures between Leinster and Munster in Round 15 and 18 have been switched.

Munster will now be the home team in Round 15, hosting Leinster at Thomond Park on Saturday, April 2 at 7pm with RTÉ screening the game as host broadcaster.

Munster Rugby’s Season Tickets and 10-Year-Tickets will be valid for the rescheduled game with no need for any action. A pre-sale period will be available to those who purchased tickets for the originally scheduled fixture, and details will be sent directly to supporters this afternoon.

General tickets for the game will go on sale at 11am on Friday with further details to follow on munsterrugby.ie.

As a result, Leinster’s home fixture with Munster, originally fixed for April 2 will now take place on the weekend of May 20/21.

It was initially proposed the rescheduled fixture at Thomond Park would take place on the final round of the regular season in May but there was a high possibility that the ground would be unavailable due to the prior commitment of hosting concerts earlier that month.

It has now been confirmed that the feasibility of playing on the pitch surface at that time is not possible.

The date and kick-off time of the Leinster v Munster fixture will be confirmed in the near future once the schedule for all R18 games have been agreed with broadcasters and teams. This match is due to take place at Aviva Stadium and TG4 will be the host broadcaster.

Commenting on the fixture update, Munster Rugby CEO Ian Flanagan said, “Following a thorough consultation process between Munster Rugby, Leinster Rugby and the IRFU I believe we have reached the best possible outcome in this situation.

“We have all done exceptionally well in adapting to challenging and unique circumstances over the last two years in an ever-changing landscape and we are grateful to our partners and supporters for their ongoing support and understanding.

“We are appreciative of the efforts of Leinster Rugby, the URC and broadcasters in working with us to find a practical solution for hosting our rescheduled Thomond Park game that was postponed over Christmas.”

The United Rugby Championship would like to thank both teams and our broadcast partners for accommodating this change in order to ensure the best venues were made available for these fixtures.