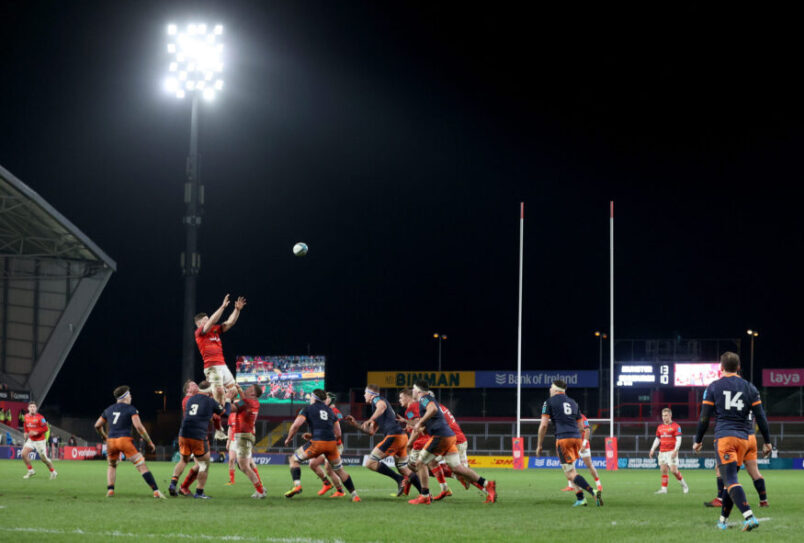 The Munster senior squad returned to the HPC on Monday morning for a full week’s training as we prepare for a huge final block of fixtures in the United Rugby Championship and Champions Cup.

There will be no game this weekend but the province will be in action for nine weeks in succession over March and April.

Munster face Dragons at Thomond Park in the next fixture on Saturday, March 5, at 5.15pm with tickets available here.

That clash will be followed by a two-game tour to South Africa where we face the Vodacom Bulls and Emirates Lions. See all fixture details here.

Highlights, a gallery and reaction from Friday night’s clash against Edinburgh are available to view here.

Tickets for the Ireland Women’s Six Nations clash against Italy at Musgrave Park in April are now on sale here.

Read our latest Squad Update ahead of a big block of fixtures.

We announce the winner of January’s Munster Moment of the Month competition.

We await team news from the Ireland senior men and U20s squads ahead of the weekend’s fixtures against Italy.

The Ireland U20s face an Italy side that defeated England last time out. The game takes place at Musgrave Park on Friday night at 8pm with tickets available here.

We await team news from the Ireland senior men and U20s squads ahead of the weekend’s fixtures against Italy.

We will continue our ‘Munster Rugby and Cope Foundation In Conversation’ series with episode four.