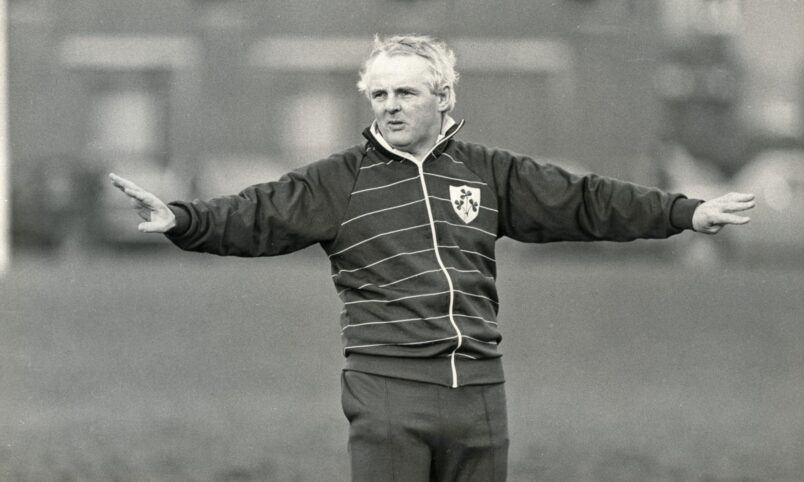 The Cork Constitution and UCC stalwart has left an indelible mark on the game at every level as player, coach and administrator.

Kiernan won 54 caps for Ireland, played 5 times for the British and Irish Lions amassing points scoring records along the way.

At club level, he won 13 Munster Senior League medals, three with UCC and ten with Cork Constitution, and included 12 in a row. He won seven Munster Senior Cup medals.

On his retirement he was Ireland’s most capped player, had captained the team 24 times, including the famous 10-10 draw against New Zealand and was the record points scorer with 158.

Amongst many great days, Kiernan kicked the winning score the first time Ireland beat South Africa in 1965, captained the first Irish team to win a Test in Australia in 1967 and was full-back on the first Munster team to defeat Australia the same year.

As a coach Kiernan was in charge of the Munster team that recorded a legendary win against the All Blacks in 1978 and went on to coach Ireland to the Triple Crown in 1982.

As an administrator he served with distinction as President of the Munster Branch, President of the IRFU, Honorary Treasurer of the International Rugby Board (World Rugby) and Director of the Rugby World Cup in 1999 to name just a few of his roles.

He was an influential and much heralded Chairman of the Five Nations and was a key figure in the formation of the European Rugby Cup, steering it through the early days after it was launched.

He was inducted into the Munster Rugby Hall of Fame in 2007.

Irish Times rugby writer Edmund van Esbeck summed up Kiernan’s legacy thus “His career has been without parallel in the history of the game in this country. What he has given to the game — not just here but globally. It could be said that in every facet of the game that he embraced he made a profound impact.

“…Kiernan’s place at the pinnacle of Irish rugby will not depend on tradition, legend, hearsay, or deception or exaggerated claims. The facts speak for themselves, for his has been a career without equal in the history of Irish rugby.”

IRFU President Des Kavanagh offered his condolences on behalf of the IRFU and the rugby community,

“It is with great sadness that I pass on condolences to the Kiernan family, on the passing of their beloved Tom, on behalf of everyone in Irish Rugby.

“Tom was an inspirational leader both on and off the pitch and he helped to shape rugby into the strong and vibrant game it is today. Tom’s life will be reflected upon at our matches this weekend, and his legacy will live long in the history of Irish rugby, may he rest in peace.”

For more information on Tom Kiernan’s life in rugby, click here to read a fantastic piece by Dave Hannigan in the Echo from January 2021.

Read more about his time as a British and Irish Lion here.